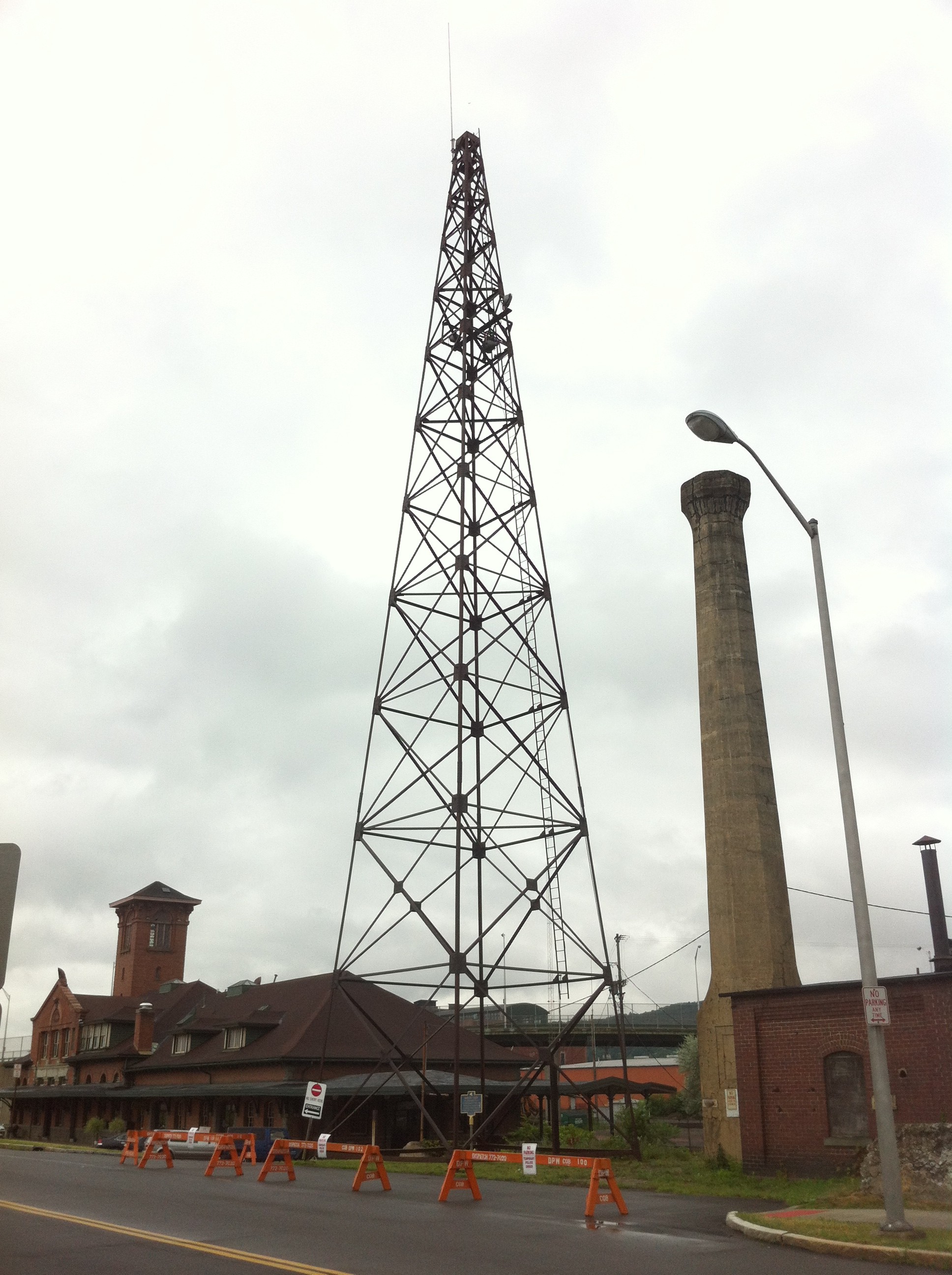 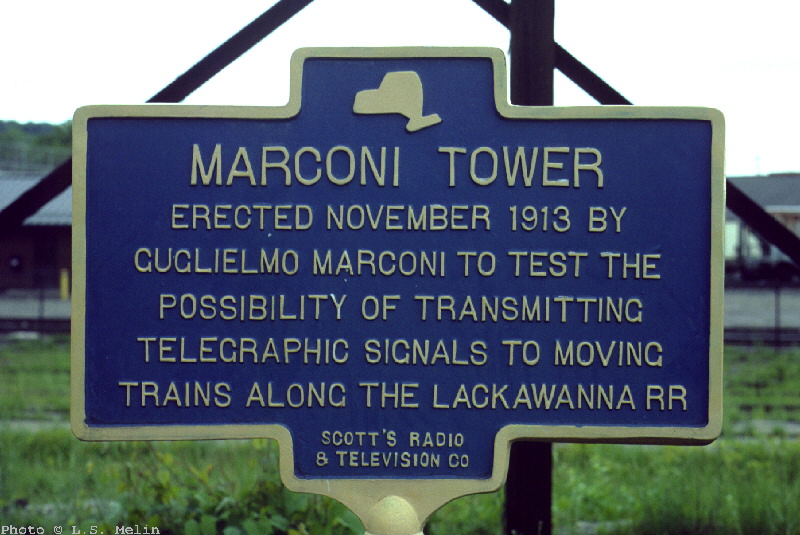 Guglielmo Marconi wished to expand the use of the radio to include vehicles that moved on land as well as water and test the possibility of transmitting telegraphic signals to moving trains along the Lackawanna Railroad system in the Northeast United States. Two cities - Binghamton, NY and Scranton, PA - were chosen as the two tower sites to be built by the Lackawanna Railroad using Marconi’s construction and design in early 1913. Each tower site consisted of two towers linked together with 4 aerial wires. Radio telegraph equipment was placed within the railroad stations and comprised of a 2 KW 500 cycle quenching transmitter made by the Marconi Company.

On November 27th 1913, the first "official" wireless transmission was transmitted from Scranton, PA towards the train traveling to Binghamton, NY at 60 miles per hour. In all, 350 words representing several pieces of news were clearly picked up by the operator aboard the train.

This is the last of the four towers to remain standing. It is constructed of open grid framed carbon steel and stands 97 feet 4 inches tall. The tower is solid and stable despite its neglect and age.

Most information derived from http://www.everythingradio.com/Marconi%20Tower.htm (since removed)
Additional information from "The Lackawanna Tests" Wireless Age, Jan 2014) and "Wireless for Railways" Wireless World, Feb 1914