Mission Concepción is the oldest unrestored stone church in America. This mission was named in honor of Our Lady of the Immaculate Conception and Juan de Acuña, the Marqués de Casafuerte. The Marqués was Viceroy of New Spain (Mexico) when the mission transferred to the San Antonio River area in 1731. This church took 20 years to build and was dedicated in 1755. It appears very much as it did over two centuries ago when it was built to convert the Hasinai. The Battle of Concepción was fought here on October 28, 1835 between Mexican troops under Colonel Domingo Ugartechea and Texian insurgents led by James Bowie and James Fannin. The mission was designated a National Historic Landmark on April 15, 1970

Built in 1755, Mission Concepción is the country's oldest unrestored church. It took 20 years to complete. 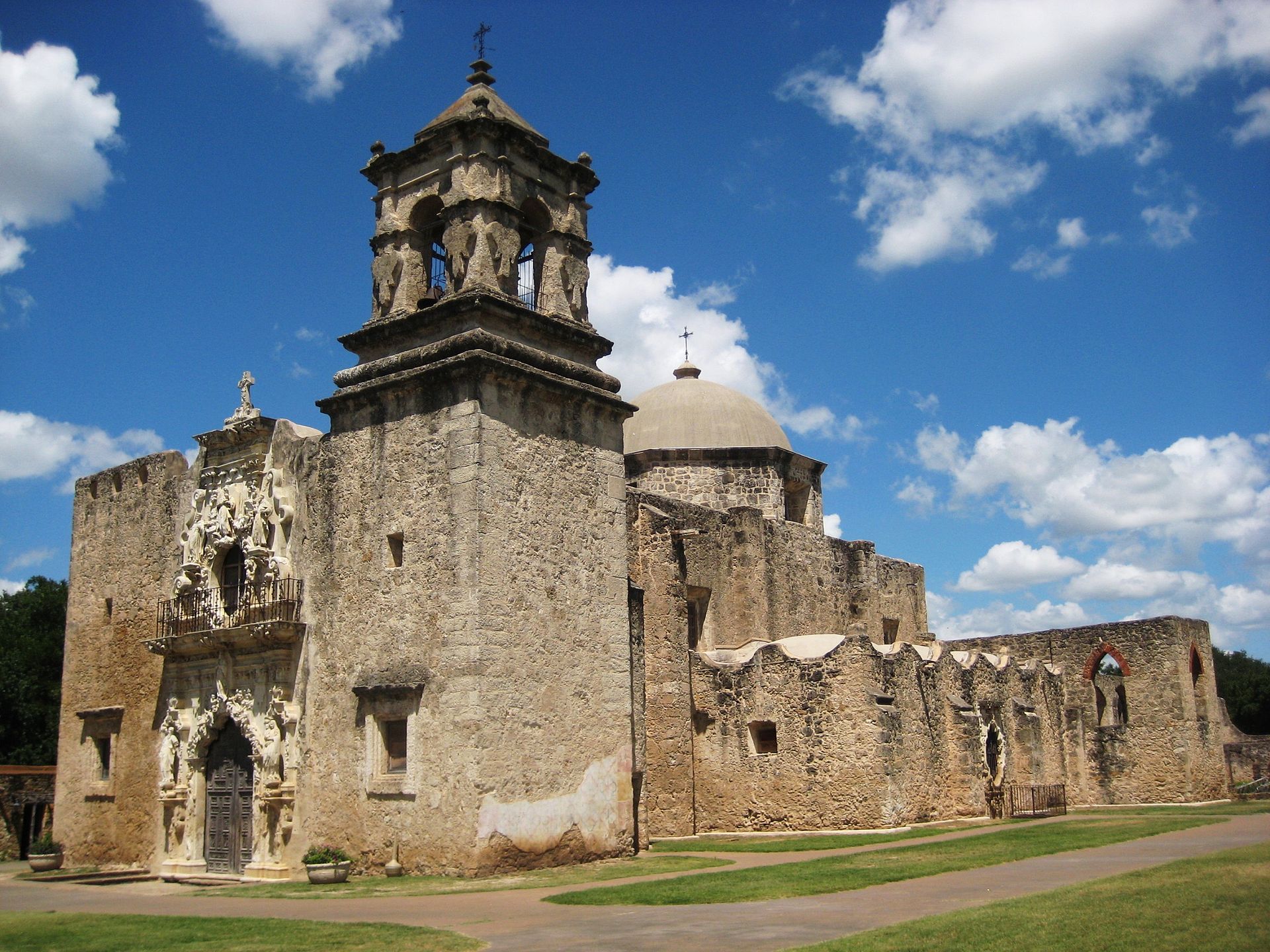 While many of the existing frescos are simply decorative, several are symbolic. The most famous fresco, located on the convento room ceiling, is a possible depiction of God as a mestizo.

Church services are held at 10am and 12pn on Sundays