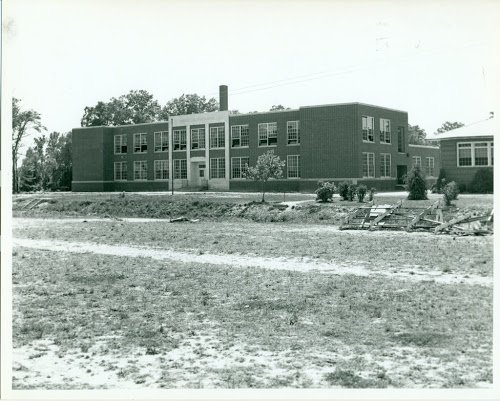 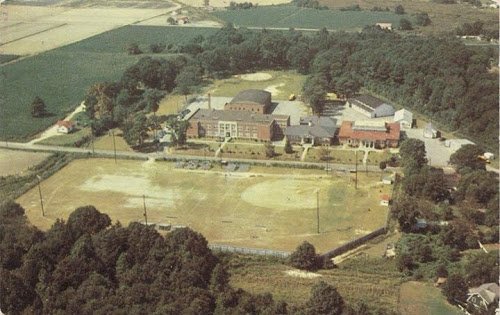 The First Kempsville High School which was replaced by the 1941 Building. 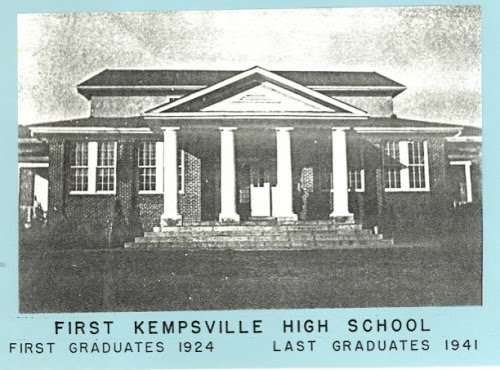 Street View of the building while under construction. Google Street View, 2014. 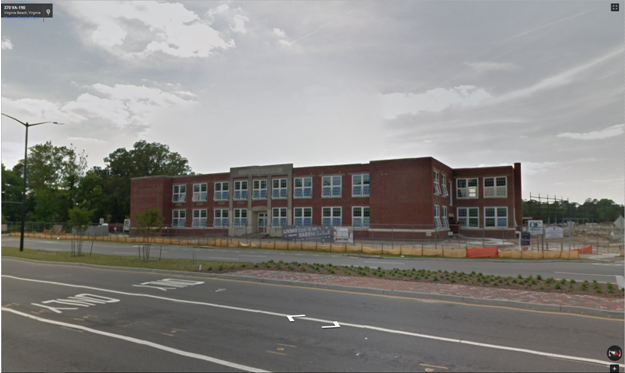 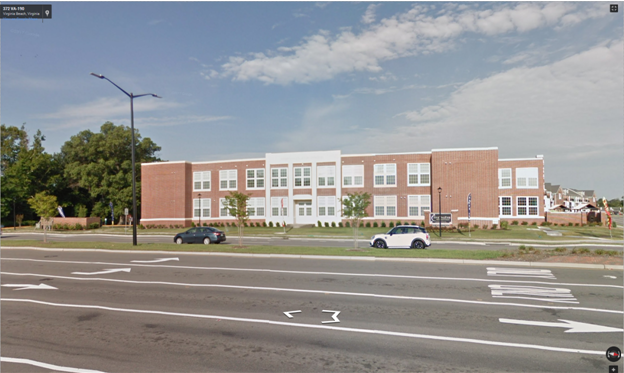 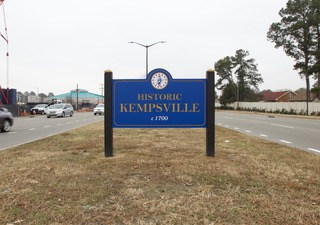 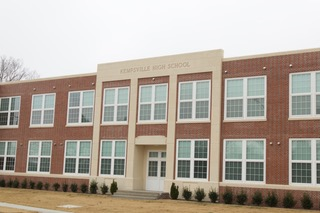 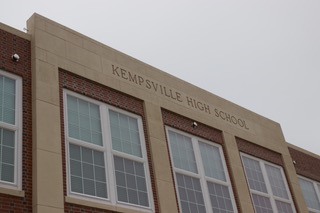 Another updated view of the renovated building. Google Maps, 2018. 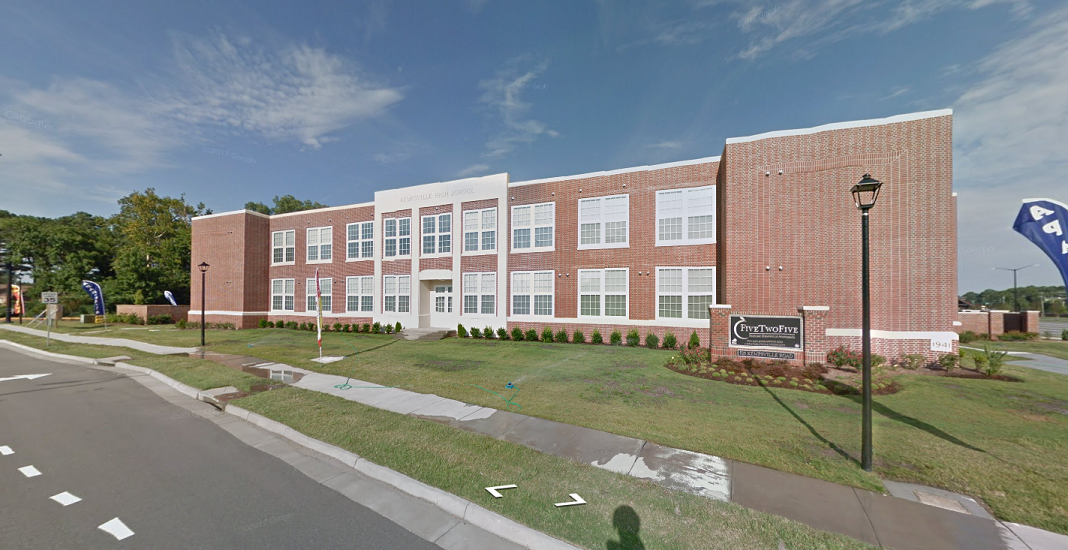 Current State:
The 525 Historic Kempsville Apartments currently offer a unique opportunity to its residents and prospective residents. The apartments offered are one, two, and three bedrooms, but each captures the luxury of modern living while preserving the nostalgic feel of the past. The current building was renovated after serving as a school on and off for about 70 years. Therefore, the 525 Historic Kempsville Apartments distinguish themselves in the Virginia Beach community. Residents are able to enjoy the special feeling of living in history every day, while preserving the value of the building itself.

Historical Background:
Kempsville High School, as it is inscribed on the top of the building, opened in 1941. High School students had transferred to this building from the original Kempsville Grammar and High School building, constructed in 1924. The school was constructed next to the Kempsville Grammar and High School building as well, so it wasn't a large transition for the students who attended it. Eventually, the building was no longer used for Kempsville High School students, and the building would remain unused for a few decades. In the late 1990s, Kemps Landing Magnet School, a school for gifted middle school students, occupied the building until 2001. Later on, Renaissance Academy, a school for troubled youth, used the building briefly as they waited for their new school to be constructed. Around 2013, Kempsville Road and Princess Anne Road were being redone, and many buildings surrounding the Kemps Landing School were destroyed. However, thanks to the work of the Historic Preservation Commission and community leaders such as Bernice Pope and Bobbie Gribble, the building was preserved. Its exterior was restored to the historical integrity of 1941, while its interior received a modern renovation. The building is now known as 525 Historic Kempsville apartments, and they are now leasing.

Architectural Information:
The Kempsville High School building was constructed in the midst of the transition between the Colonial Revival era and the American Art Deco era. Most of the Historic Kempsville Area reflects Colonial Revival, Tidewater Virginia Vernacular, and Georgian Revival styles, so the building fit in with the area. In the 2010s, the building was restored to represent the period of when the structure broke ground. It now features historically representative windows, and saved brick from demolition of the gym was used to fill empty spaces in the building.