The American Philosophical Society Hall has housed, since its completion in 1789, the organization Benjamin Franklin founded in 1743: The American Philosophical Society. Franklin founded it to stimulate interest in learning and promote "useful knowledge." In addition to Franklin's contributions, Thomas Jefferson served concurrently as U.S. President and president of the American Philosophical Society. The Hall building serves as our nation's first museum, national library, and academy of science. Inside, changing exhibitions highlight the intersections of science, history, and art. Jefferson's handwritten copy of the Declaration of Independence and the Lewis and Clark journals are among the critical documents, scientific specimens, patent models, portraits, maps, rare books, and manuscripts that comprise this extraordinary collection..

Museum at Philosophical Hall in Philadelphia 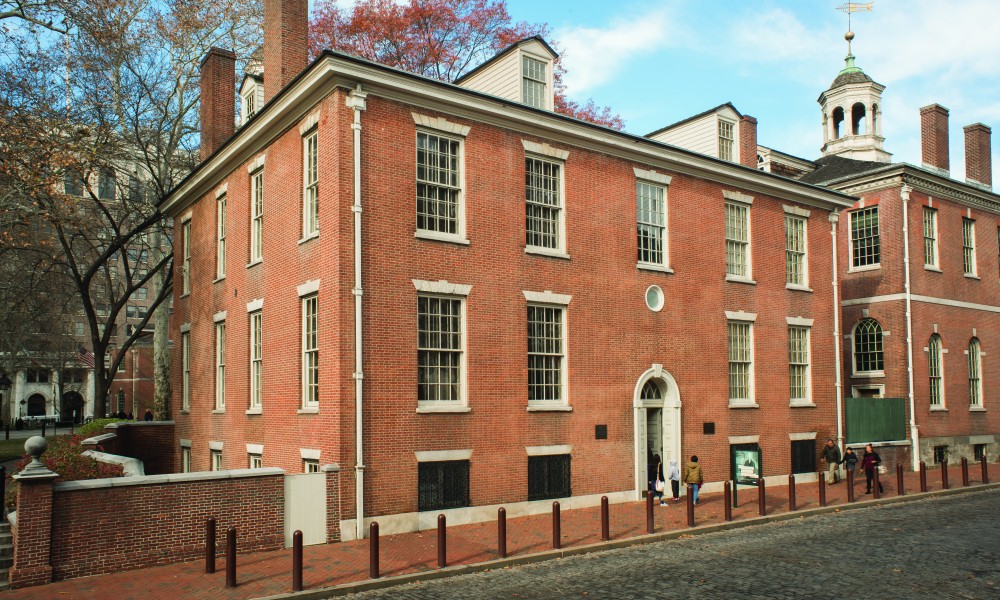 West side of the American Philosophical Society building in Philadelphia, PA 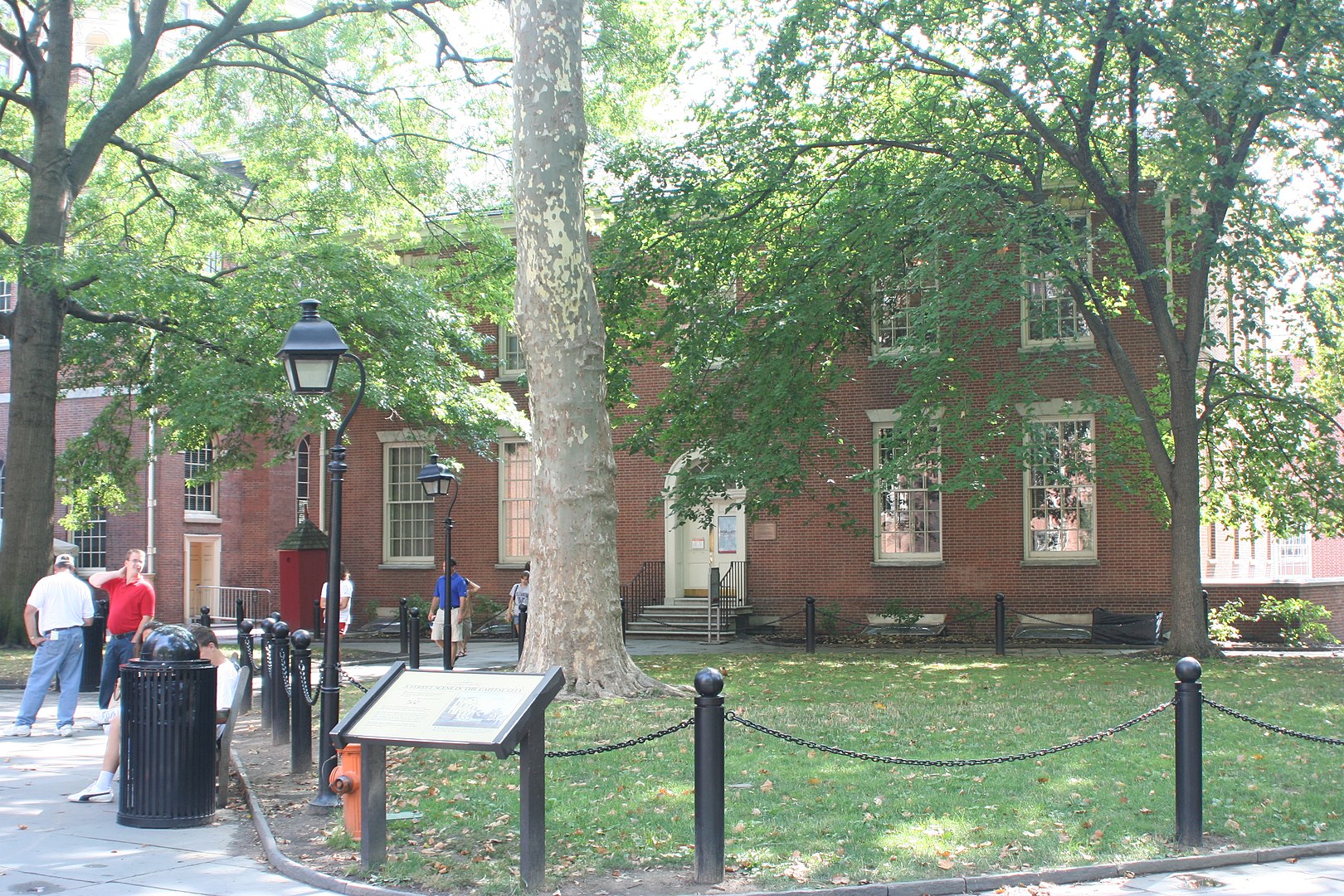 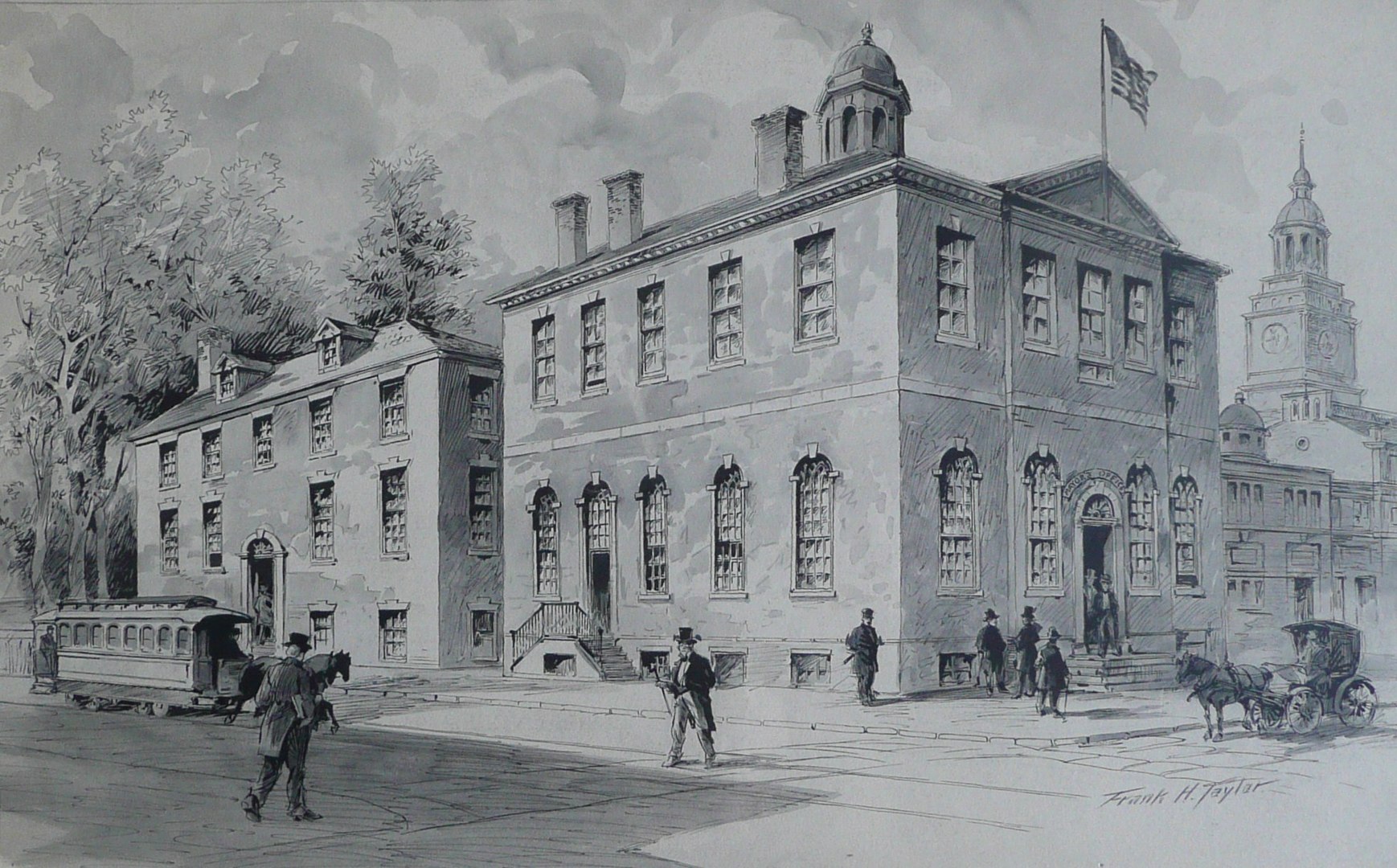 By 1789, the Society met in the now-historic American Philosophical Society Hall. Construction began in 1785, but a lack of funding slowed the building process. Finally, with considerable aid from Benjamin Franklin, the Hall was completed. The two-story, Late Georgian brick building, designed by Samuel Vaughan, received a third-story addition in 1890, but that was removed during a recent restoration. Meanwhile, the Society desired to expand into a national organization; by 1834, a little more than one-third of the 301 members lived within ten miles of the now-historic Hall, with roughly another third living throughout the rest of the U.S. and the rest of the approximately one-third n foreign countries.

In addition to hosting the American Philosophical Society meetings, the building has served as a museum of natural and archeological artifacts, an ipso facto patent office for the arrangement and description of inventions such as John Fitch's steamboat and Franklin's and Rittenhouse's electrical apparatus. The Society's library also includes the Lewis and Clark Expedition records, Jefferson's handwritten copy of the Declaration of Independence, the Mason and Dixon records, and the most comprehensive collection of Ben Franklin artifacts. Furthermore, the library enjoys a focus on American culture and science history, as well as North American Native American linguistics and archaeology.