Byrd Leibhart archaeological site is located within Native Lands Park and while it is no longer a current dig site, archaeologists have unearthed many artifacts and discovered burial sites from a Susquehannock Native American village. The most recent tribe located here during the latter half of the 17th century and archaeologists estimate that the fortified village was home to 600 Susquehannock. Records suggest that the tribe was pushed south into Maryland by members of the Iroquois Confederacy sometime around 1680. Three cemeteries, village elements, a stockade, a longhouse and numerous Native and European trade goods have been excavated from the site which has been listed on the National Register of Historic Places since 2009.

Gravestones at the Byrd Leibhart Site 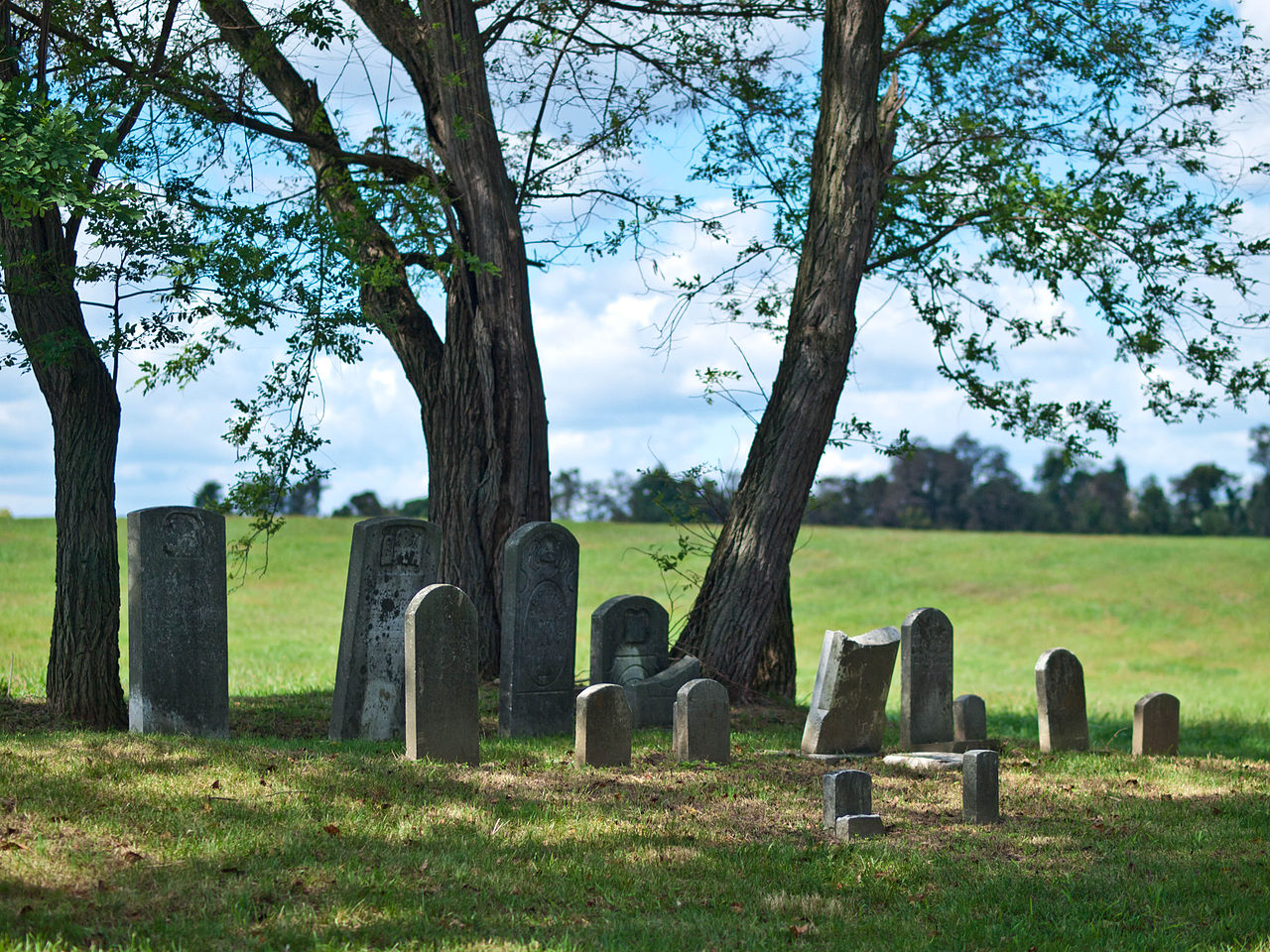 The first artifacts were discovered at the Byrd Leibhart Site around 1929 as this is the year Albert Cook Myers purchased some artifacts from Byrd Leibhart’s son. In 1933, Byrd Leibhart plowed out some Native remains near the Dritt family cemetery. He then went on to dig out 90 graves at the site and numerous Native and European artifacts. He and David Graham then divided the artifacts among themselves. Graham’s portion is now in the hands of the York County Historical Society, while Leibhart’s half, to include gun parts, was sold off to unknown collectors.

Prior to a major excavation of the site in 1970, George Keller dug up numerous grave sites and village components. During July and August of 1970, the Pennsylvania Historical and Museum Commission sponsored a major excavation of the site which was supervised by Barry Kent. They uncovered a 22,300 square-foot village area, to include a longhouse, that was surrounded by an oval shaped stockade fence. The archaeologists also unearthed Native Strickler cord-marked pottery, iron tools, copper kettles, knives, wooden spoons, pipes, beads, European and Native ceramics, glass and gun parts (frizzens, hammers, springs and flints). The archaeologists placed the occupation of the Byrd Leibhart Site at no earlier than 1670 and no later than 1683 and placed the burial population at approximately 150.

The Susquehannock were, at one time, a powerful force in the area during the first half of the 17th century. They controlled the trade routes from Delaware Bay to the tribes of the Five Nations to the north and west. Their power peaked after defeating the Seneca in 1663. However, the Susquehannock came into conflict with the Iroquois Confederacy over fur trade with the Europeans; the Dutch in modern day New York, the Swedish in Delaware and the English in Maryland.

War and European diseases quickly took their toll on the Susquehannock and by 1673 they were in decline which accelerated when their alliance with the English collapsed in 1674. It is thought that the Byrd Leibhart Site is the location of the last Susquehannock village. As William Penn’s representatives expanded west in search of land, there was no mention of the Susquehannock in the lower Susquehanna Valley by 1683 except for those located at Conestoga Town in the 1690s. Today, the site and park are owned by York County and the Native Lands Heritage Trail runs through the park which is part of the larger Mason-Dixon Trail.