Located on land that was once owned by George Washington, Richwood Hall is a historic mansion constructed in 1829. Washington's nephew Lawrence Augustine, the son of Samuel Washington, resided here with his wife and family prior to the construction of the current mansion. The property was sold several times and in 1829, this brick mansion was constructed and has been well-preserved in subsequent years. Richwood passed ownership throughout the century from the Washington family to the Slaughter, Shewater, and Flagg families, each of whom were leading families in Jefferson County. The estate is best known for its connection to the Civil War battle of Cameron's Depot. In this battle, the Confederate army established a defensive position against men led by Union General Sheridan. Flagg and his family escaped but shells and bullet holes remain in the brick walls of the home.

The grounds of Richwood are in excellent condition as well as the main entrance with a wood architrave and portico. 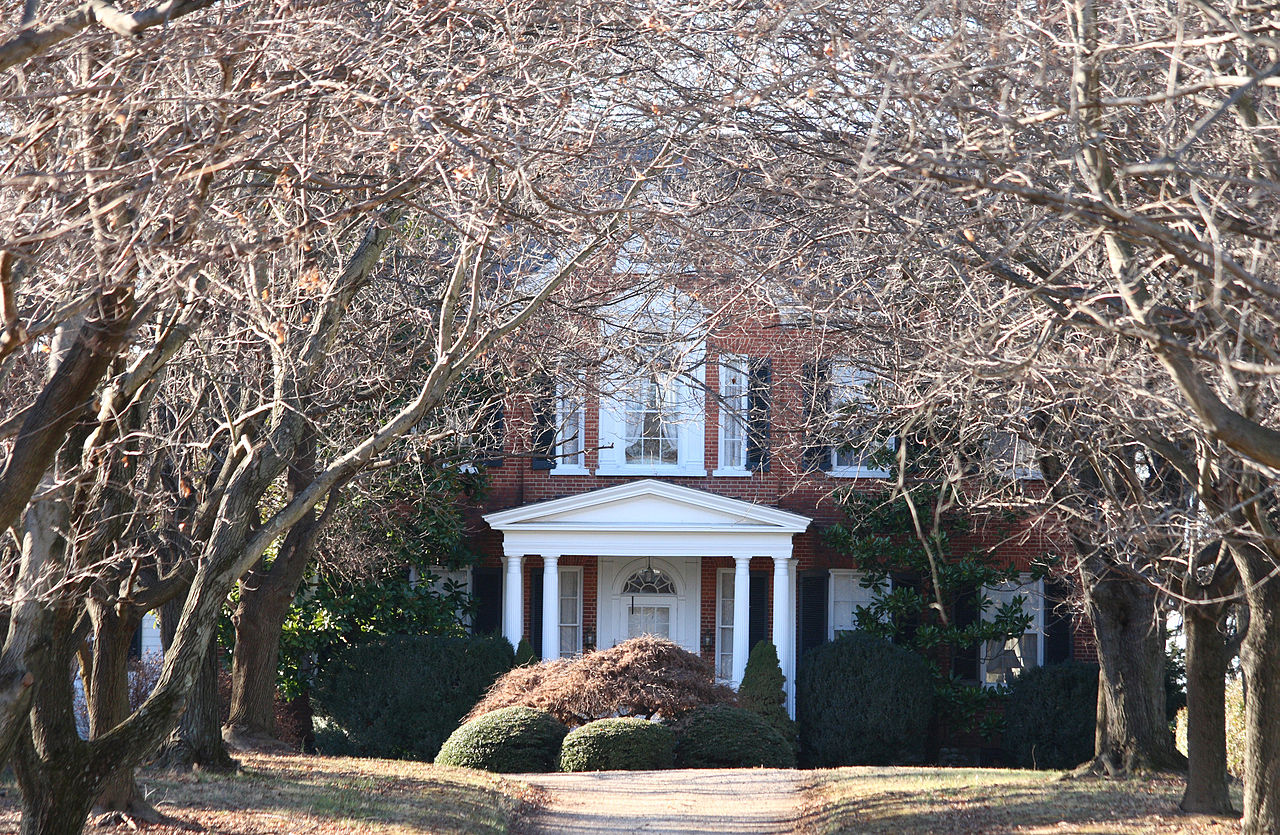 A rear view of the house showing the two-story kichen wing on the right. 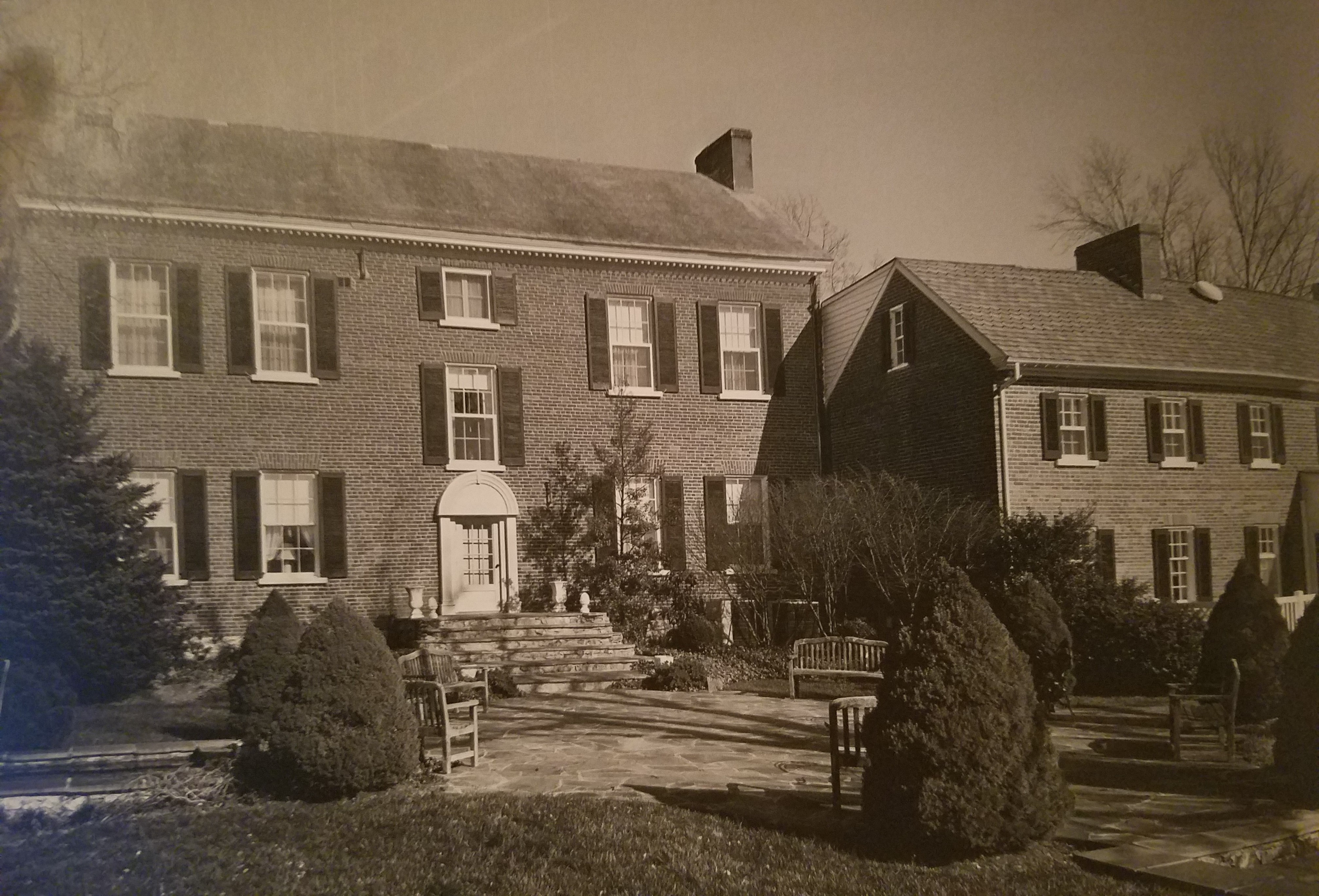 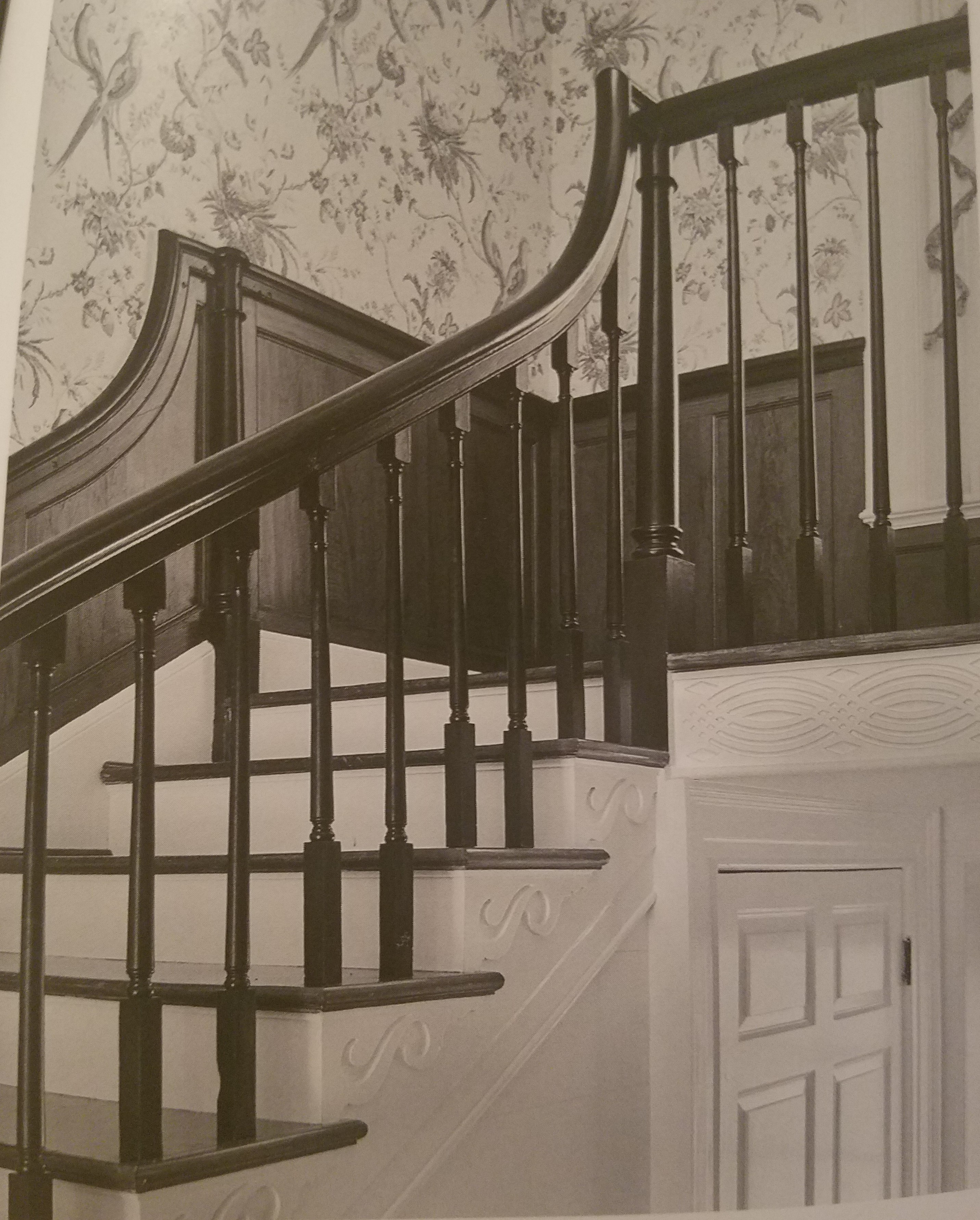 Front gate to the property 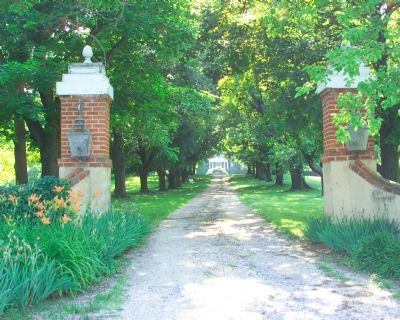 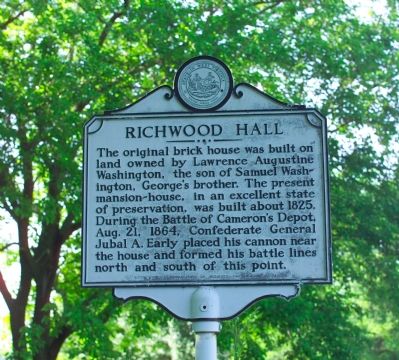 Area where Confederate forces positioned on the north side of Richwood Hall.

Richwood Hall is located on land surveyed by George Washington and purchased by Washington from Lord Fairfax. Washington turned the land over to his brother, Samuel Washington, a colonel in the Frederick County militia. Samuel Washington appeared before royal officials and took the oath of allegiance to his majesty's person and government on May 7, 1771. Samuel, due to ill health, resigned as county lieutenant on April 3, 1777 and later joined the Continental army .

When Samuel died,  Washington was placed in charge of his wild and uncontrollable nephew, Lawrence Augustine, he sent him to school to receive an education to study law under Edmund Rudolf. In 1796, Lawrence inherited the land on which Richwood stands.

Lawrence married Mary Wood; together they built the oldest section of the home and resided here until 1802 when they moved to Harewood when Smith Slaughter purchased it. Slaughter served as a justice of the piece in 1822. Slaughter only resided here for a short time, he sold the Hall to Joseph Shewater in 1829. Richwoods was built using the best and most beautiful materials. The rich wood carved interior provides Richwood with a name that it lives up to. In 1846, Shewater sold the property to John R. Flagg.

Flagg was the resident during the battle of Cameron's Depot. Confederate General Early placed his cannon near the Hall and formed battle lines north and south of this point. Union General Sheridan was east of his location at Locust Hill home. Richwood Hall received many bullet holes; shells and holes can still be seen in the brick walls. When the shelling became too heavy, Flagg and his family escaped across the fields to Charles Town.

Richwood remains a beautifully well preserved home; the original ornate woodwork give Richwood its beautiful character. It has survived the force of the Civil War as well as the test of time. Mystery such as the remnants of an earlier structure suggest there once was another building of unspecified use; this could be an early part of the house, a slave quarters, or served as a kitchen. Furthur research into Richwood Hall and its history could provide unturned stones of information.