This historic estate dates back to 1793 with the construction of a small weatherboard farmhouse by Abraham Davenport, Jr. In 1830, the estate was enlarged and a brick facade was constructed, adding to the size of the home in addition to adding two formal Federal-style entrances. The house was enlarged further in the 1830s by Colonel Braxton Davenport and his wife, Elizabeth Bedinger, named the estate Altona after her family estate in Germany. During the Civil War, both Union and Confederate troops encamped on the property. Union General Sheridan stayed in the carriage house during the Union occupation. Altona is an excellent example of a well-preserved colonial home and an early important economic center to Jefferson County and has operated as a plantation and farm since its construction in 1793.

The slave quarters still remain in good condition. The west side has two entrances to separate the men and women as well as separate stairs. 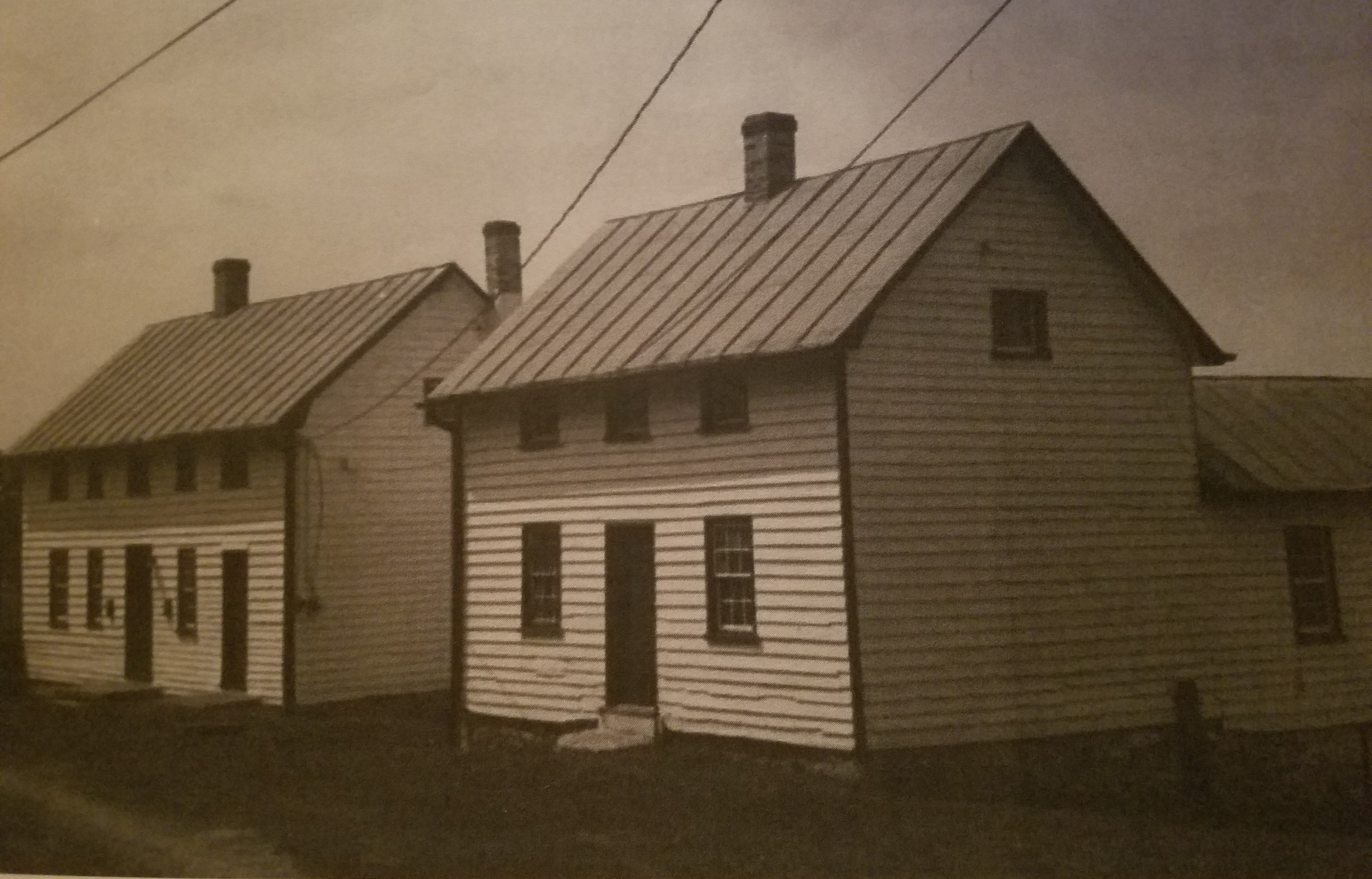 The Bank Barn was constructed in 1850 and remains in good condition still providing for the farms agricultural needs. 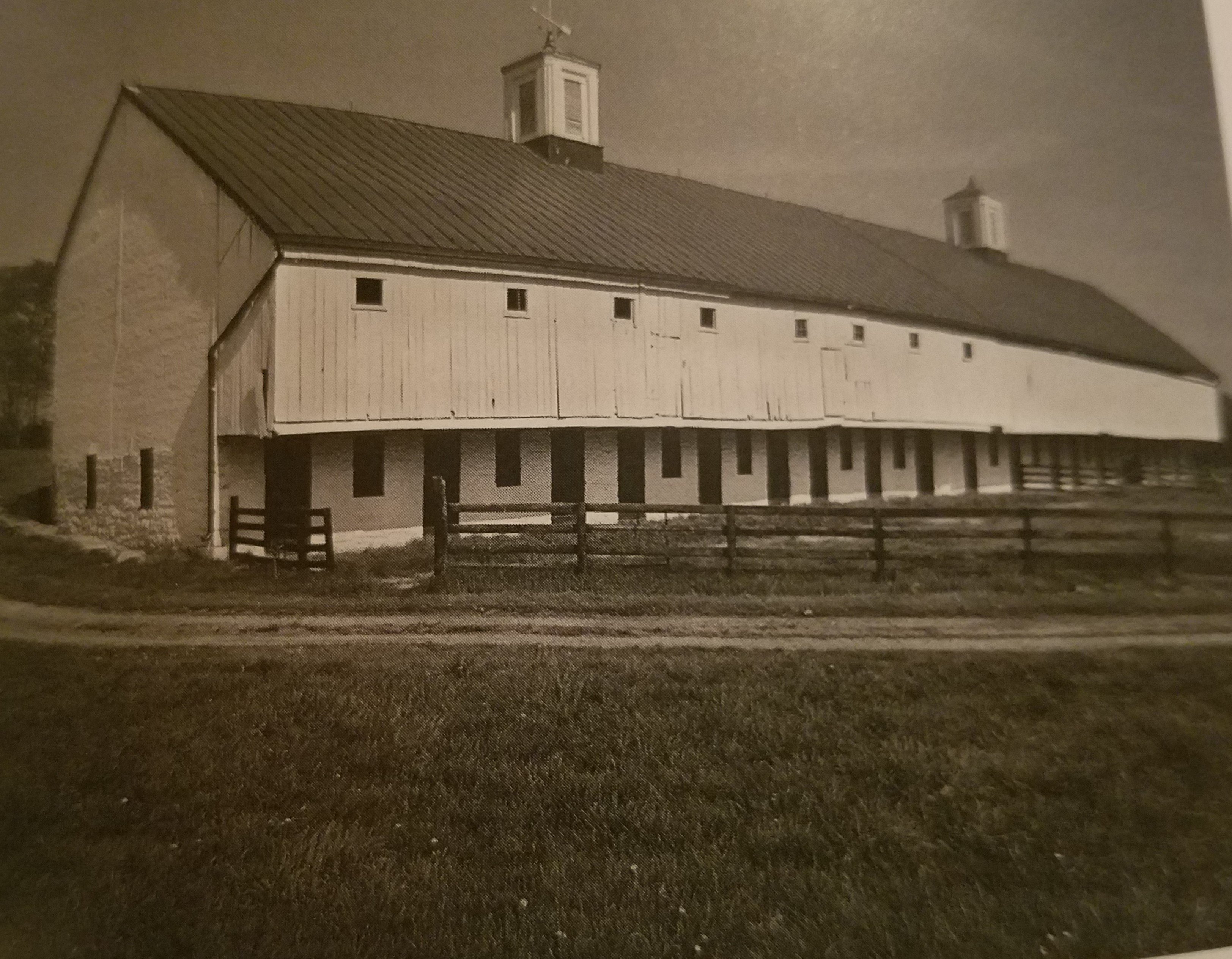 This sketch provides a layout of the grounds, contributing building, slave quarters, and the main house. 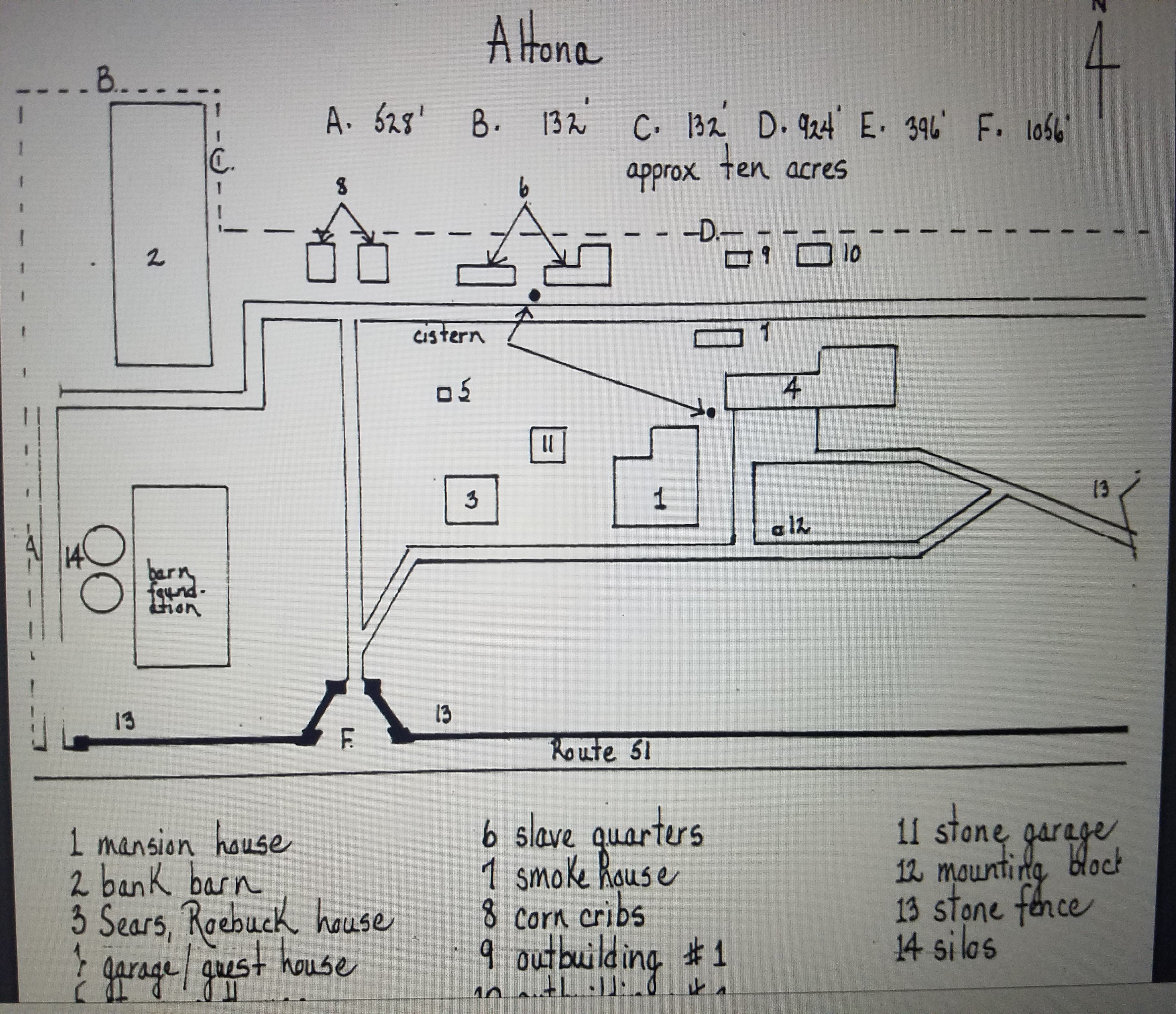 Altona was the ancestral home of the Davenport family; Major Abraham Davenport, Jr, a Revolutionary War veteran, bought the property from Charles Washington in 1793.  Abraham became one of the first magistrates in the newly formed Jefferson County in 1801 and served as sheriff in 1813. The original structure was enlarged in the 1830s by Abraham's son Braxton Davenport; his wife, Elizabeth Bedinger named the estate Altona after her family estate in Germany. Davenport created enterprise at Altona by using slave labor to expand beyond farming. He built a mill to process flaxseed oil from the flax he grew and processed it into linen cloth; planted mulberry trees; bought silkworms to introduce silk spinning into the county; and also owned one of only two flocks of Agora goats in the country. Records of the individual slaves who lived here have yet to be found; names and numbers have been lost to history. However, the quarters where they lived still stand and provide us with a testament that they were there.

In 1812, Braxton Davenport became a Colonel for his service in the War of 1812 and began the first of four terms in the Virginia Legislature. He also served as a magistrate over the Jefferson County court; he arraigned and sentenced John Brown for his raid on Harpers Ferry. On May 22, 1861, Colonel Braxton was the presiding justice over a council to authorize the Virginia county courts to make appropriations to arm the militia; a committee headed by himself was appointed to negotiate a loan of $12,500 to be appropriated to the use of soldiers of the counties and their families. Davenport later passed away in 1862. His son Henry served in the Confederate army as a first lieutenant in Stonewall Jackson's Brigade.

During the Civil War, Altona was the site of camps for both sides at different time. Confederate troops occupied the grounds until their retreat. General Sheridan, of the Union army, stayed in the carriage house during the Union occupation. Once the war was over, Altona continued to operate as a farm and was only briefly out of possession of the Davenport family from 1906 to 1936. The Davenport family still reside on and farm this land.