Oakwood Cemetery was founded in 1848, becoming one of the country's first large rural cemeteries. It is also one of the country's largest cemeteries, with approximately 60,000 graves. A number of prominent figures from local and state government are buried there, along with "Uncle Sam" Wilson, the progenitor of the Uncle Sam character, and Emma Willard, women's rights activist and champion of education.

The Gardner Earl chapel at Oakwood 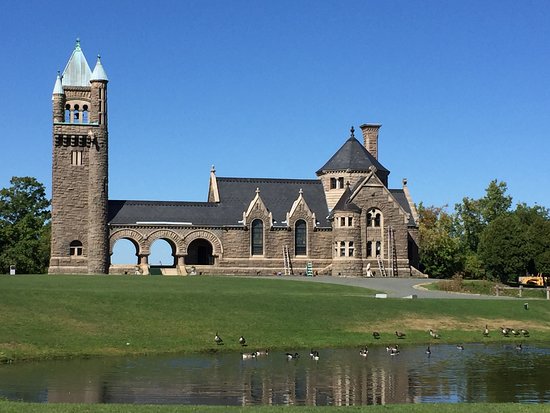 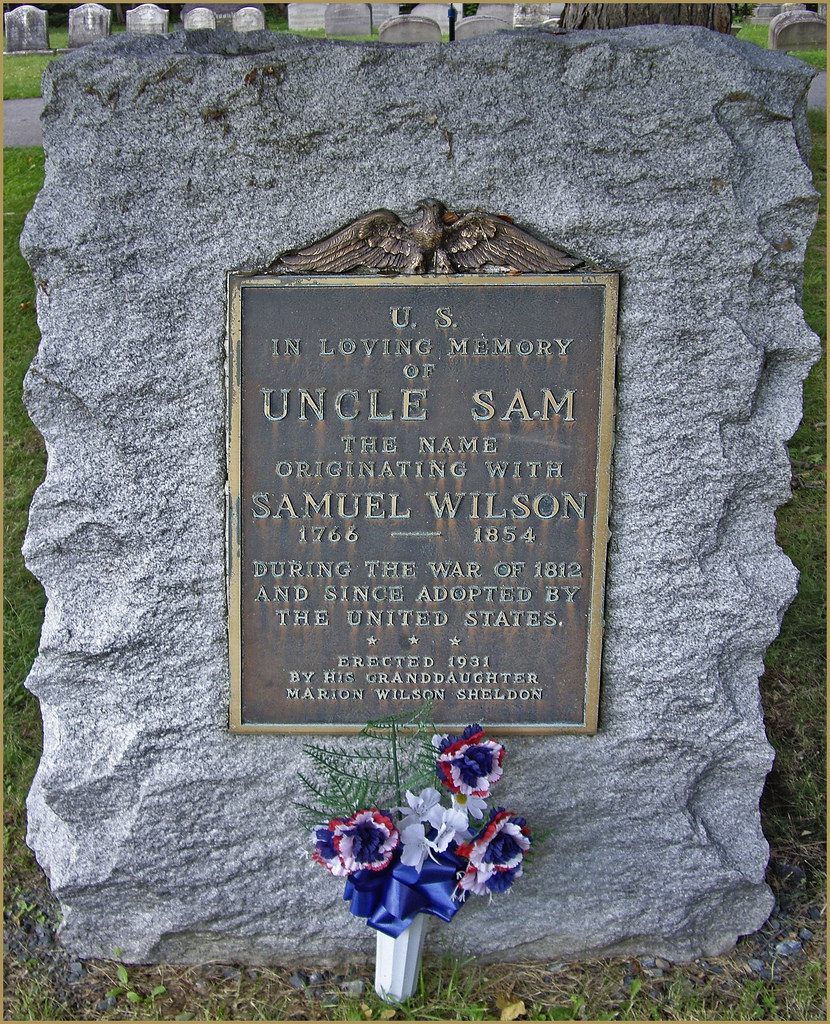 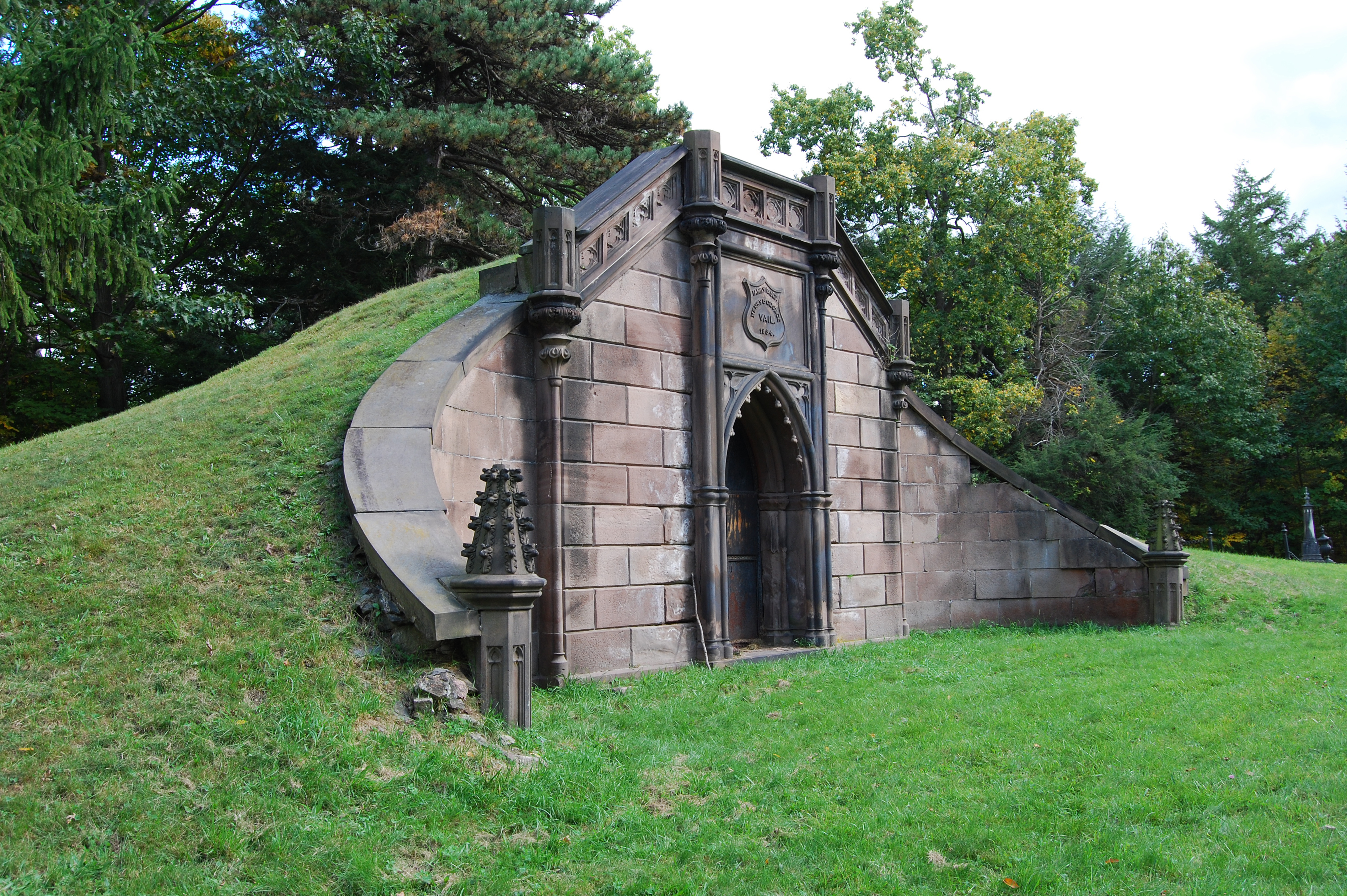 In the mid-1800s the nation's cities were growing at a rapid pace, and so were its cemeteries. Urban cemeteries were overcrowded and often unsanitary breeding places for disease. Reformers, many of whom were inspired by the English garden movement, began to encourage placing cemeteries in rural areas just outside large cities. These green, open spaces would provide safe, contemplative places that would serve as havens for the living as well as the dead.

Boston was the first large city to establish a rural cemetery, in 1831. Oakwood Cemetery was established in 1848. Though the cemetery looks quite natural, it was in fact thoroughly planned and designed. The designers behind Oakwood were John C. Sidney, an architect with experience in designing cemeteries, and Garnet Douglass Baltimore, the first African-American to earn a degree from Rensselaer Polytechnic Institute.

John Boetcher, who served as superintendent from 1871 to 1898, gave the cemetery much of its character. Boetcher was responsible for much of the landscaping of Oakwood, and brought in numerous foreign and exotic plants. It was during Boetcher's tenure that many of the cemetery's most important buildings were constructed, including the Gardner Earl Crematorium and the Warren Chapel Mortuary.

Over the years, numerous prominent figures from state and local politics have been buried at Oakwood, including fourteen members of the United States House of Representatives. But the two most well-known figures at Oakwood are "Uncle Sam" Wilson and Emma Willard. Samuel Wilson was a meatpacker who provided canned provisions to American soldiers during the War of 1812. He stamped his products with "U.S," leading soldiers to refer to him as Uncle Sam. Wilson thus became the progenitor of the national character of Uncle Sam. Emma Willard is known for her work for women's rights, particularly her advocacy for equal education for women.

As its founders intended, Oakwood Cemetery provides not only a resting place for the dead, but a quiet, serene place for the living. The cemetery overlooks the Hudson River Valley and because it's heavily wooded, numerous species of birds and animals make their homes there as well. It is still an active cemetery and managers anticipate that the grounds will not be fully occupied until sometime in the 23rd century. The cemetery is listed on the National Register of Historic Places.