Historical Marker for the City of Mound Bayou 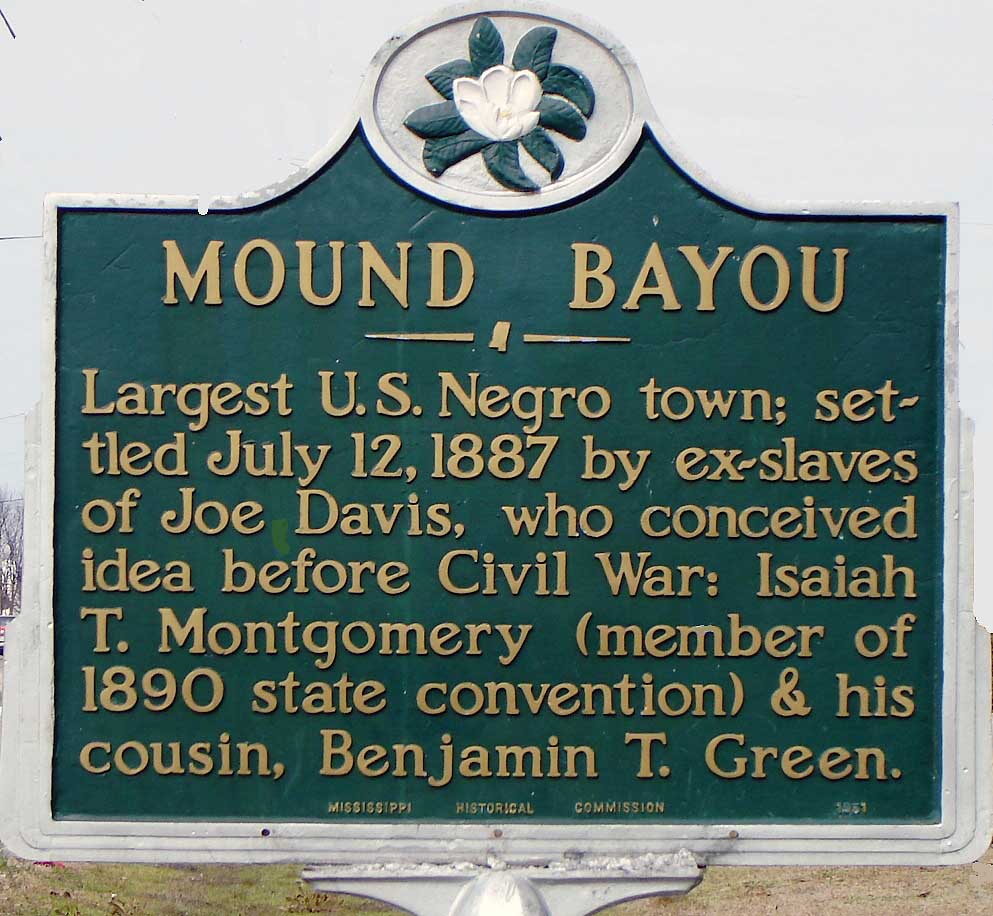 Emblem of the city of Mound Bayou 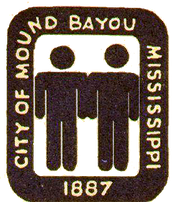 Isaiah T. Montgomery and cousin Benjamin T. Green, both former slaves of Jefferson Davis, founded the city of Mound Bayou in 1887. The town was designed to be an all-Black community that would be a safe haven for African Americans.

The town founders acquired this land from the Louisville, New Orleans, and Texas Railroad. The existence of a new rail line between Memphis, Tennessee and Vicksburg was essential for the community's growth and economic success. Between 1887 and 1915, a few thousand African Americans moved to Mound Bayou. Between the 1930 and 1950 the towns population swelled to almost 3,000. However by the 1980s the population started to decline as residents move to larger cities as part of a larger trend of migration away from smaller rural communities.