This law school was established in 1946 after Thurgood Marshall won a case against the state of Texas. Marshall's victory partially reversed the exclusion of African Americans from law school and other professional programs by requiring states to either admit African Americans on terms of equality or create programs for African Americans at Black universities in their state. The school is part of Texas Southern University and named after legendary civil rights attorney and Supreme Court Justice Thurgood Marshall. Marshall's career spanned from 1933 to 1991 when he retired from the Supreme Court. 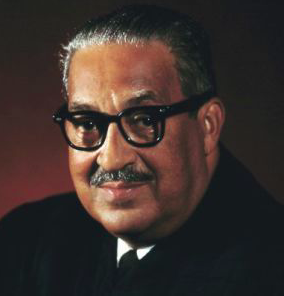 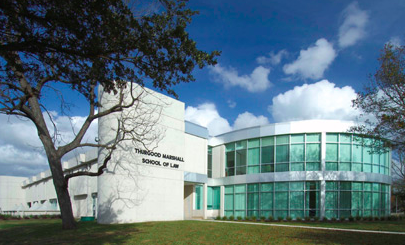 After graduating from Howard University, Marshall attempted to open his own practice in Baltimore before representing the NAACP where he won landmark cases, including one against the University of Maryland Law School-a case that outlawed the school's practice of only admitting white students.

Thurgood Marshall's most significant case was Brown vs. Board of Education, a suit that pitted African American plaintiffs against school officials in five cities that maintained racially segregated schools. In 1967, Marshall was appointed to the Supreme Court by Lyndon Johnson and served on the court until 1991.