McDonogh No.19 Elementary School, located in New Orleans, LA, was the simultaneous first integrated school in the sound following the decree from Brown v The Board of Education. Often the events that took place both parallel and are overshadowed by William Frantz Elementary School, where on the same day a girl, named Ruby Bridges, became the first Black child to attend an integrated school in the south. At McDonogh No. 19 Elementary School, three other girls simultaneously attended the school making it the first school in Lousiana, as well as the rest of the south, to have an integrated school system. During the integration, social upheaval from white students and families complicated the issue and led to riots throughout the city and national attention.

A plaque in remembrance of school's history. 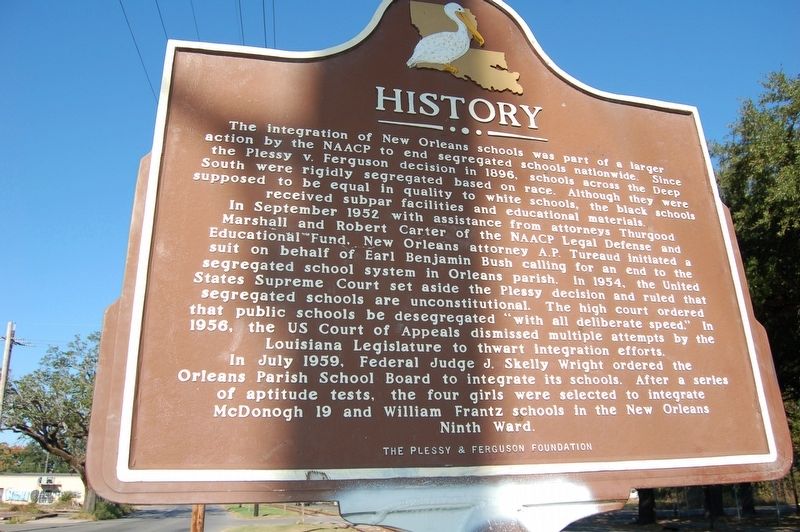 The school as it is today. 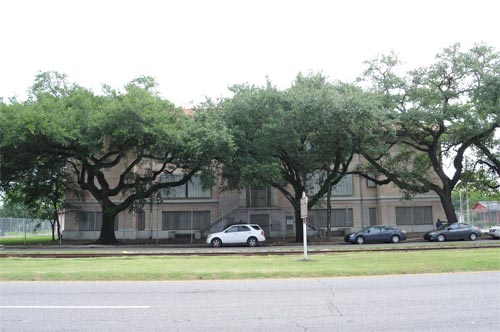 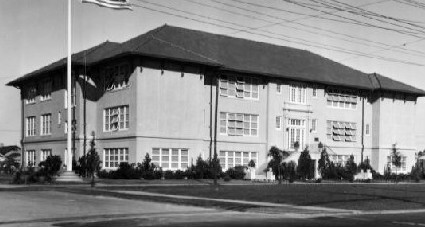 The front of the school with the McDonogh Three: Leona Tate, Gail Etienne, and Tessie Prevost.

McDonogh No. 19 Elementary School became an important piece of African American history after the historic Brown v the Board of Education in 1954 where it outlawed the use of segregation in any school system within the country. Despite it being a Supreme Court decision, all southern states, including Louisiana, fought against the order and continued with the practice of segregating the public school system by race. However, two years after court order, Judge J. Skelly Wright asked the Orleans Parish School Board to formulate a plan to segregate the school system and in 1960 he approved the plan and set a date of the third Monday of November to be the first day of integration.
3 girls, Leona Tate, Gail Etienne, and Tessie Prevost, all aged six years old started their first day at the school, as well, at William Frantz Elementary, the very same day another 6 year old girl named Ruby Bridges integrated the school by herself. All 4 of the girls were taken to school by Federal Marshalls for their protection. Riots soon took place through the city and the girls being integrated into the school system were often targeted physically and verbally by white protesters. Upon walking into their class, all of their white classmates were soon taken out of the school, leaving the 3 girls as the only students at McDonogh No. 19 Elementary School. While they did receive an appropriate education while attending their school, riots took place outside the school on a near daily basis for the next two years, making their expedition to school each day arduous.
The "McDonogh Three", as the girls began to be called, were escorted to school daily by armed US Marshalls as the school for the next two years was surrounded almost daily by protesters who wanted the girls to be taken out of the school. To avoid attacks from the mobs, the McDonogh Three's classrooms often has their windows covered in or to block onlookers and the girls were also not allowed to have recess in the yard and were made to play in the auditorium in order to avoid being attacked. As well, the school officials feared that the protesters may try to poison the water to kill the girls, so they were not allowed to drink from the water fountains for their own safety.