This home is distinguished by the six square columnns and the handsome balustrade on the portico and balcony. It has retained its original kitchen, attached by a breezeway. Wisteria Place was built by William R. Cannon, who was a Mississippi State Legislator, and also had served as acting governor. Later, he served as President of the state Democratic Convention. When he died at the age of 54, Jefferson Davis, U.S. Secretary of War at the time, said, “I have lost my best friend.” 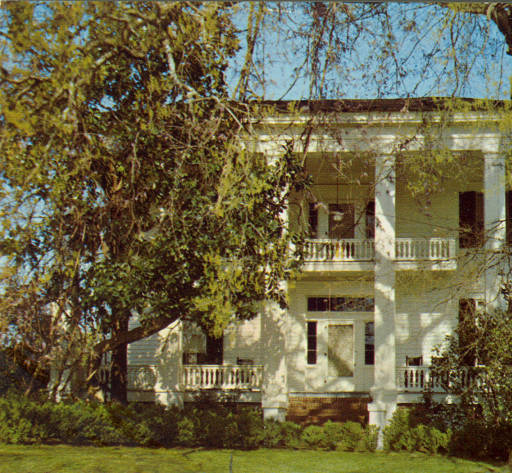