Located in West Union, West Virginia, above the Cline Stansberry Football Field is the Blockhouse Hill Cemetery. Originally, this cemetery was three separate cemeteries next to each other being divided by a fence but then merged. Buried in this cemetery are many notable people that helped shape West Union into the town it is today.

When cleaning up the grounds of the cemetery, the Doddridge County Historical Society realized the sign did not have the word "Hill" on it. In response, they created one and added it to the original sign. 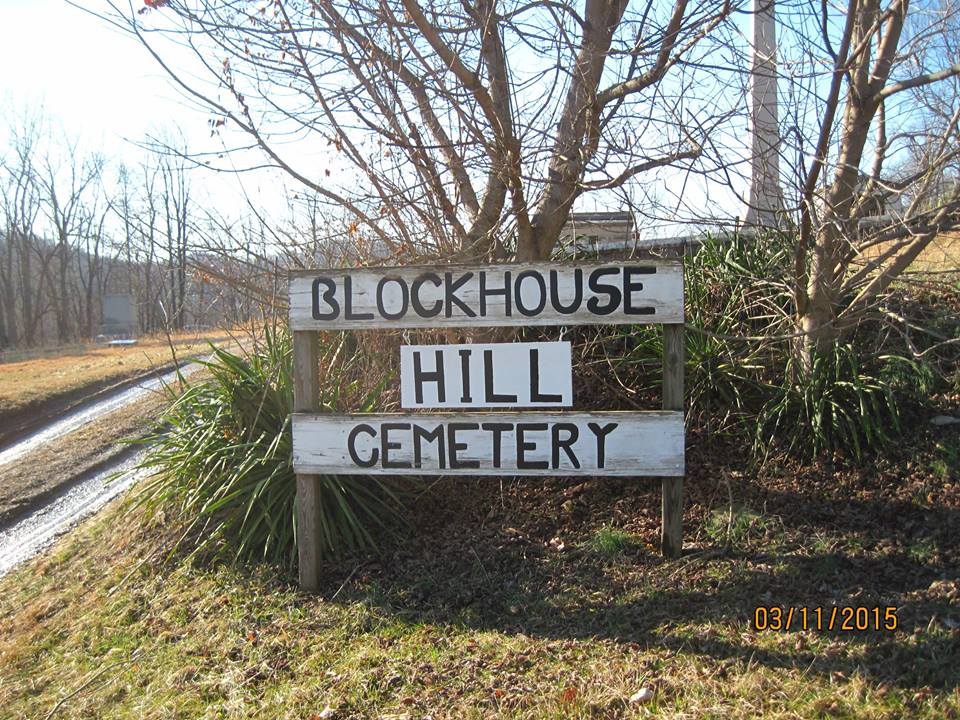 Nathan Davis, founder of West Union as well as a militia captain 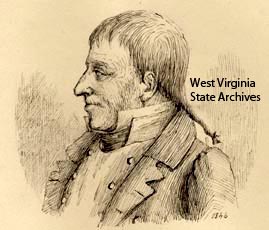 Headstone at Blockhouse Cemetery belonging to Chapman J. Stuart, a former lieutenant in the Civil War as well as the man who gave West Virginia its name 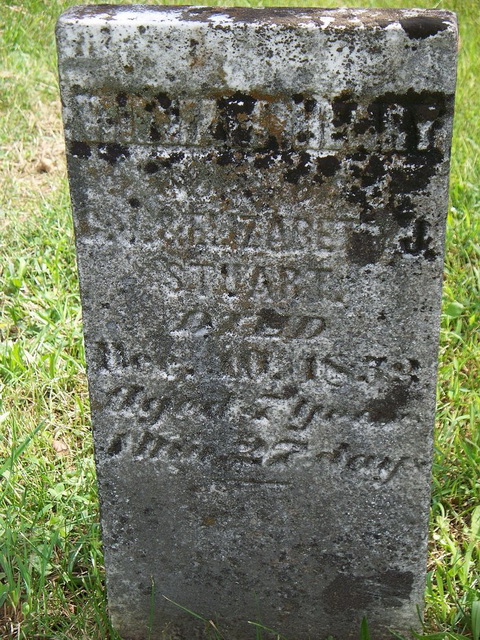 Monument to Lewis Maxwell, a prominent lawyer in West Union and founder of Weston and Jane Lew in West Virginia, at the Blockhouse Hill Cemetery 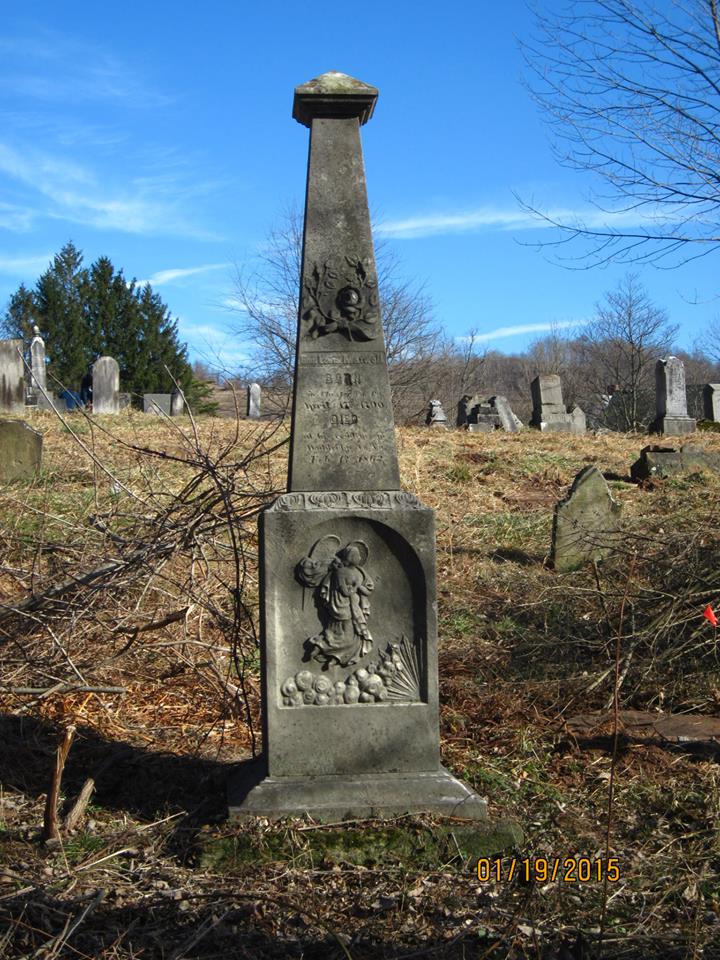 Some of the oldest and most prominent citizens of West Union are buried at this cemetery. Laid to rest here is Nathan Davis. Davis was born in New Jersey in 1722. During the War of 1812, he served as a captain. In addition, he also volunteered to allow his small brick house to be used as a make shift courthouse for the county before the Doddridge County Court House was officially built. Davis passed away in May of 1866. He is buried in Seventh Day Baptist section of the cemetery.

Three other prominent men buried here are Lewis Maxwell, Chapman J. Stuart and George Revels. Lewis Maxwell was born in 1790 in Pennsylvania. He was a member of Congress from 1827 to 1833. While living in West Union, he was a land surveyor and a lawyer. He was said to be one of the wealthiest men in West Union at the time. In addition, he also founded the two cities of Weston and Jane Lew in West Virginia. He died in 1862 and is buried in the Seventh Day Baptist section of the cemetery.

One of the most famous men to live in West Union was Chapman Johnson Stuart. Father of another locally prominent person in West Union, Winfield Scott Stuart, Chapman was born in Virginia in 1820. During his lifetime, Stuart was a Doddridge County prosecutor, from 1852-1861, as well as serving in the First Wheeling Convention of 1861 and the Constitutional Convention in 1862. In addition, he was also a circuit court judge for ten years as well as a Civil War lieutenant for the 14th West Virginia Infantry. On top of everything else he accomplished in his life, Stuart was also the man who gave West Virginia its name in 1863. Other names proposed were, “New Virginia” and “Allegheny.” Stuart died in 1888 of Bright’s disease, a historical kidney disease that was accompanied by high blood pressure and possible heart disease, and now has a monument erected in the Seventh Day Baptist section of Blockhouse Hill Cemetery.

Last of the some of the very influence men of West Union to be buried at the Blockhouse Hill Cemetery is George Revels. Revels was an African American farmer born in Lynchburg, VA in 1816. Not much is known about Revels prior to his enlistment into Company R of the 45th U.S. Colored Infantry in 1865. Revels infantry was stationed in Texas where he served as a cook on the Mexican frontier. Later that year, his infantry was mustered out and Revels moved to West Virginia. No one truly knows why he moved from Virginia to West Virginia in 1870.  Revels died in 1893. Even though his death was after the Civil War, he was still not allowed to be buried in the cemetery with white people. His grave is located outside the fence of the cemetery overlooking Old Route 50 in West Union. There is said to be a single fieldstone by Revels graves which is believed to belong to one of his children.