Twelve Gables is a unique historic home located in Columbus, Mississippi. Seen as significant for both the structure itself and the events that occurred within it, Twelve Gables is an important piece of Columbus' history and community. The home was constructed in the 1830s and was used as a place for soldiers to rest and recover during the Civil War. Later on, the home was the meeting place of a group of local ladies who had formed a sewing club. This club decorated the graves of fallen Civil War soldiers, the beginning of a movement that would later result in the creation of Memorial Day, a national holiday in the United States that is still celebrated today. 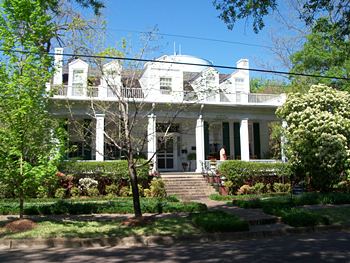 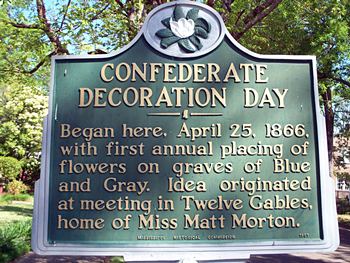 The central hall inside the house 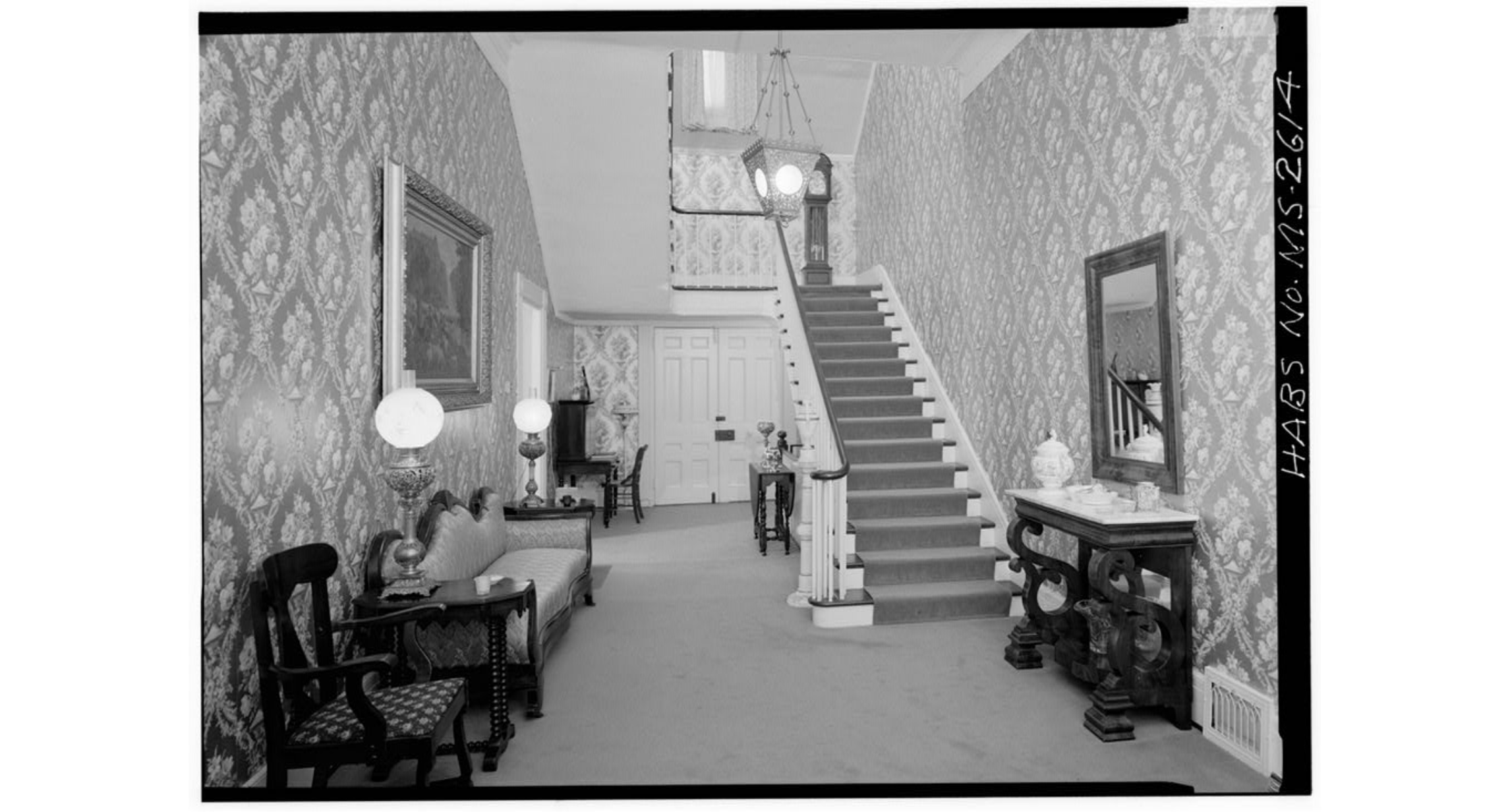 Twelve Gables is a home with a significant history that still has effects today. Built in the 1830s in Columbus, Mississippi, it was the home of Martha Morton, an important figure in the city's history. During the Civil War, Morton opened up her home and allowed soldiers to recover there. Spreading out floor mats in her dining room, Morton gave the soldiers a safe place to rest and replenish their strength.

After the Civil War, Morton held a weekly sewing club at her home. Many ladies in the community joined Morton for this club, gathering in her home every week. At the weekly meeting on April 25, 1866, Morton and the other women decided they wanted to honor the Confederate Civil War soldiers who rested in Friendship Cemetery, which was a few blocks from Morton's home. Nancy Carpenter, someone who remembers the ladies making their way to the cemetery that day, stated that:

Upon reaching the cemetery, the group of ladies decorated the Confederate graves with flowers from the garden at Twelve Gables. However, after decorating the Confederate graves, the ladies went on to decorate the Union graves, something that was unheard of at the time. The group of women paying respects to soldiers who had been their enemies inspired many United States citizens, and news of their kindness and respect spread across the nation. The event became known as Decoration Day, a precursor to modern day Memorial Day. Because of these women, the city of Columbus is known as the first place in the nation where soldiers from both sides were honored together, a practice that was ultimately a catalyst for the creation of Memorial Day.

Twelve Gables is still used as a private residence today, making visitor access somewhat limited. The best way for visitors to experience the history of Twelve Gables was during the Spring Pilgrimage, an annual event in Columbus that allows visitors to tour historic homes and experience the rich culture of the area. Twelve Gables was first included in the Spring Pilgrimage in 1985 and remained a part of the event until 2012, when the owner of the house, Trudy Gildea, removed the home from the event due to her old age. Gildea and her husband Ray moved to Columbus in 1980, purchasing Twelve Gables in 1983.