The Salem United Church of Christ has been serving the Harrisburg community since 1822 and its congregation has been present there since the town was formed in the 1780s. It was originally known as the German Reformed Church and has survived for almost 200 years at its present location as Pennsylvania’s capital grew up around it. It served as a temporary hospital after the Battle of Gettysburg in July of 1863 and rose from the ashes caused by an arsonist’s flame in 1890. It was added to the National Regsiter of Historic Places in 1975. Through its charitable works it assists those in need and is still a gathering place every Sunday, open to all.

The Salem United Church of Christ has stood at this corner since 1822. 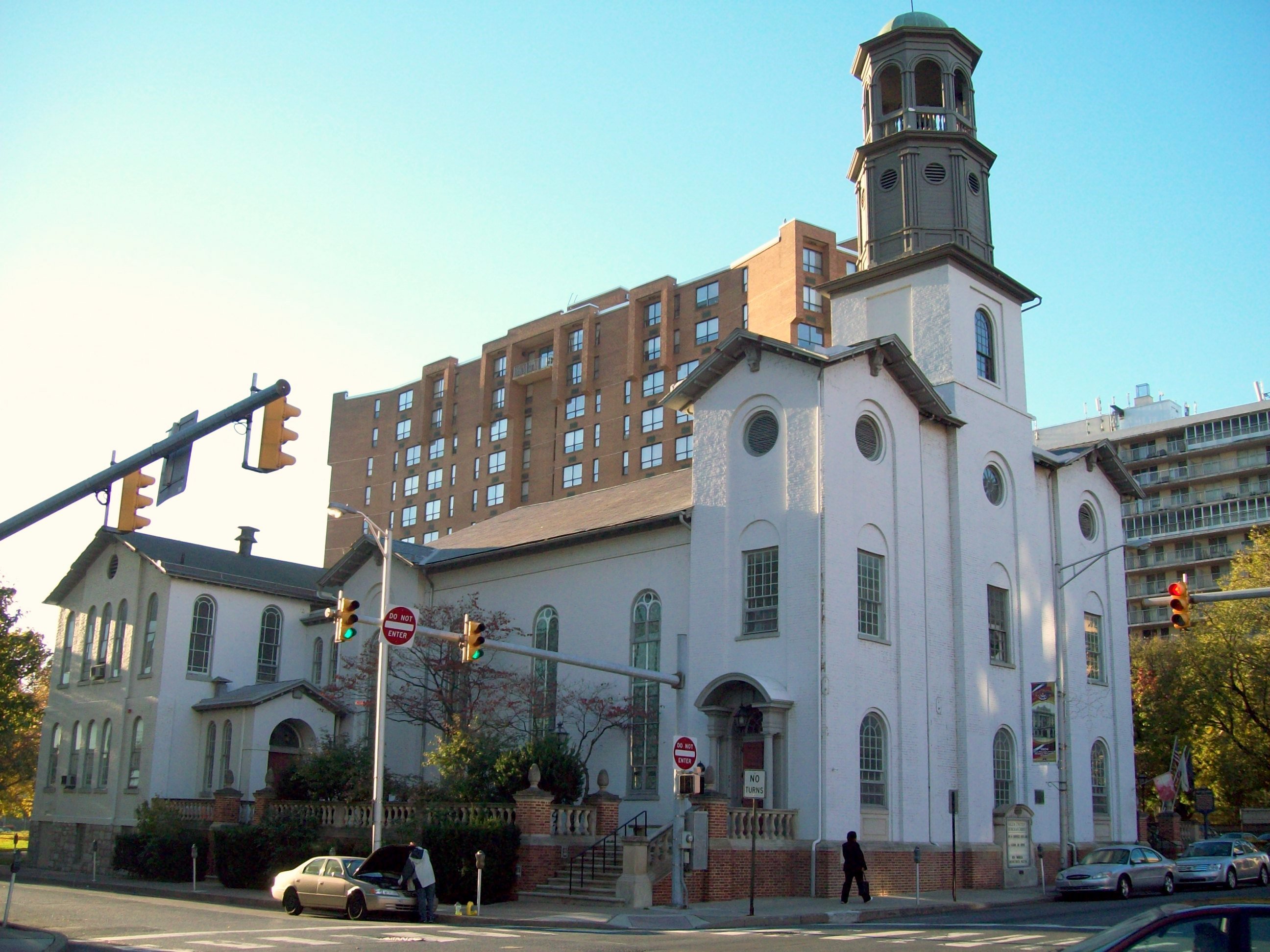 The log structure in the foreground is the Old Salem Church that was constructed in 1787. The tower of the new church can be seen in the background. 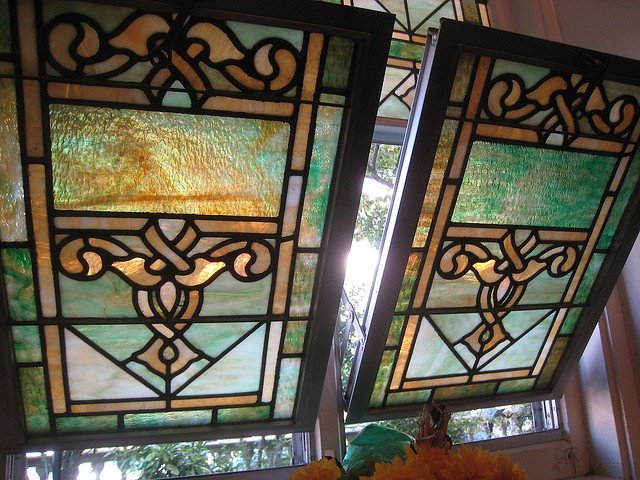 A postcard that features the church's alter, date unknown. 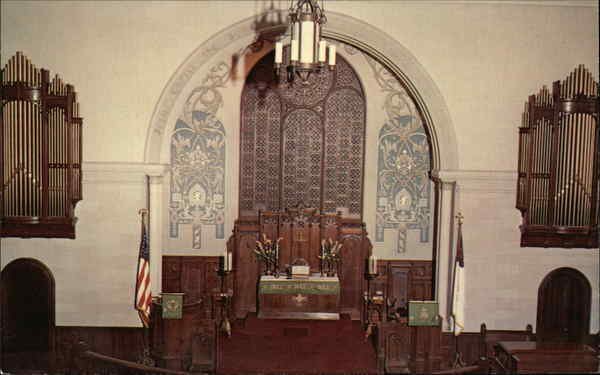 The historical marker for the Old Salem Church. 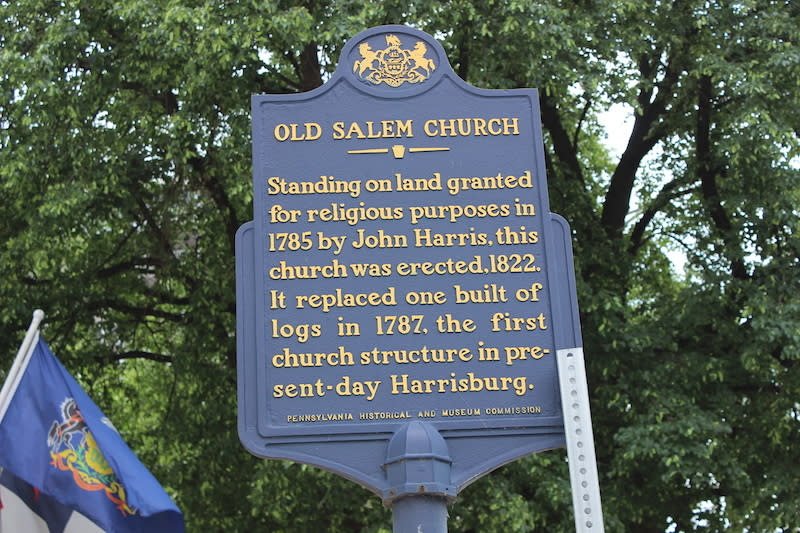 The origins of the Salem United Church of Christ can be traced back to the very foundation of Harrisburg.  The town’s namesake, John Harris Jr., when he and the other founders laid out plans for what came to be known as Harrisburg in 1785, set aside land specifically for religious purposes.  Two years later, in 1787, the German Reformed congregation built their house of worship on that land at the corner of 3rd and Cherry Streets, a two-story log structure which was the first religious building built in the town.  The church was shared with the local Evangelical Lutheran congregation until they built their own home, the original Zion Lutheran Church, along South Broad Street in 1814.

In 1818 the German Reformed Church became the German Reformed Salem Church of Harrisburg and began thinking about building a larger, more modern home for their growing congregation.  To that end, they attained the services of architects Samuel Pool and Henry Wilson to design a new church across the street from the old and construction began in 1821.  The two architects designed a Classical, two-story church constructed of brick with a traditional central nave which was dedicated on June 21, 1822.

What makes the church unique, however, is the 110-foot square bell tower capped with a domed cupola that rises from its Chestnut Street façade.  Pool and Wilson then flanked that central tower with two smaller ones at each corner, topped with stepped gables.  Along the front façade and sides of the two towers are twelve-over-twelve windows while tall, arched stained glass windows run down the church’s nave.  The original interior was an ornate affair with Corinthian columnns on either side of the main alter which included an elaborate frieze just above it.  However, the interior has been remodeled several times since the original was installed and little now remains.

In 1862, a large, two-story Sunday school annex was added to the rear of the church. Later, in 1876, the ornate interior was remodeled in a more austere and simple manner and the main entrance along Chestnut Street was removed and new entrances were placed in each of the corner towers.  The church was severely damaged by fire in 1890 and extensive repairs were required to be made to the church’s roof and interior.  Italianate roofs were added to the double towers after the fire as well. Today, the church aids the local community in ways other than providing spiritual guidance.  It operates a clothing center, contributes to the Ecumenical Food Pantry and offers Wellspring pastoral counseling.  Tours of the church are available by appointment only.