Though heavily associated with the Mississippi River, Mark Twain in fact wrote some of his most well-known books in upstate New York. Twain’s sister-in-law had a home in Elmira and Twain often spent summers there. It was in his Elmira writing cabin that Twain wrote Huckleberry Finn and some of his other well-known novels. Twain is also buried in Elmira.

The Twain cabin on the campus of Elmira College 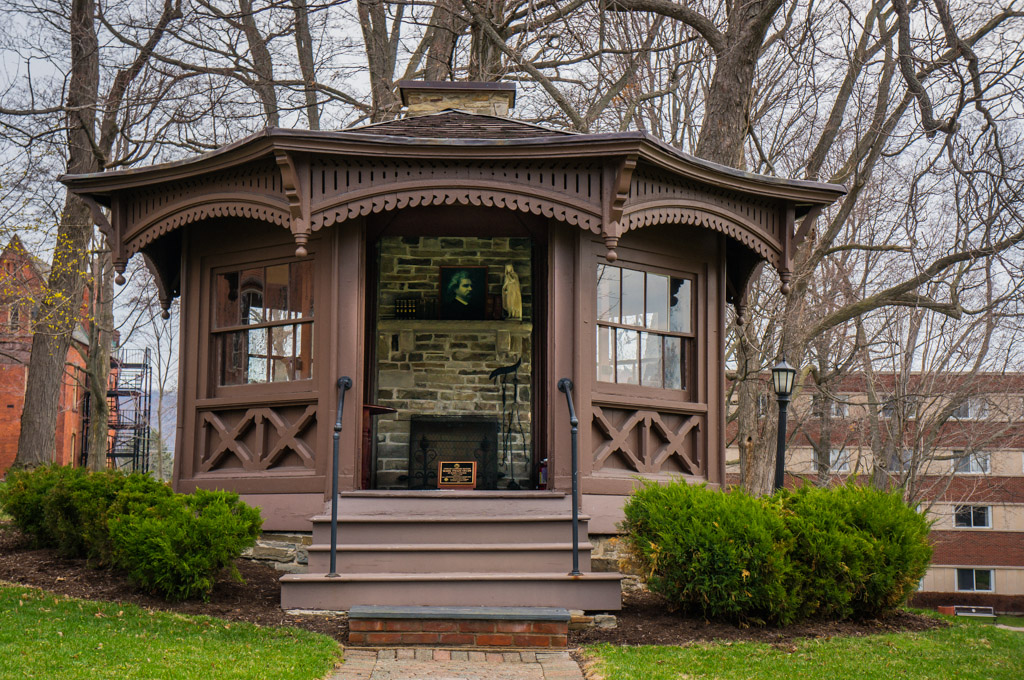 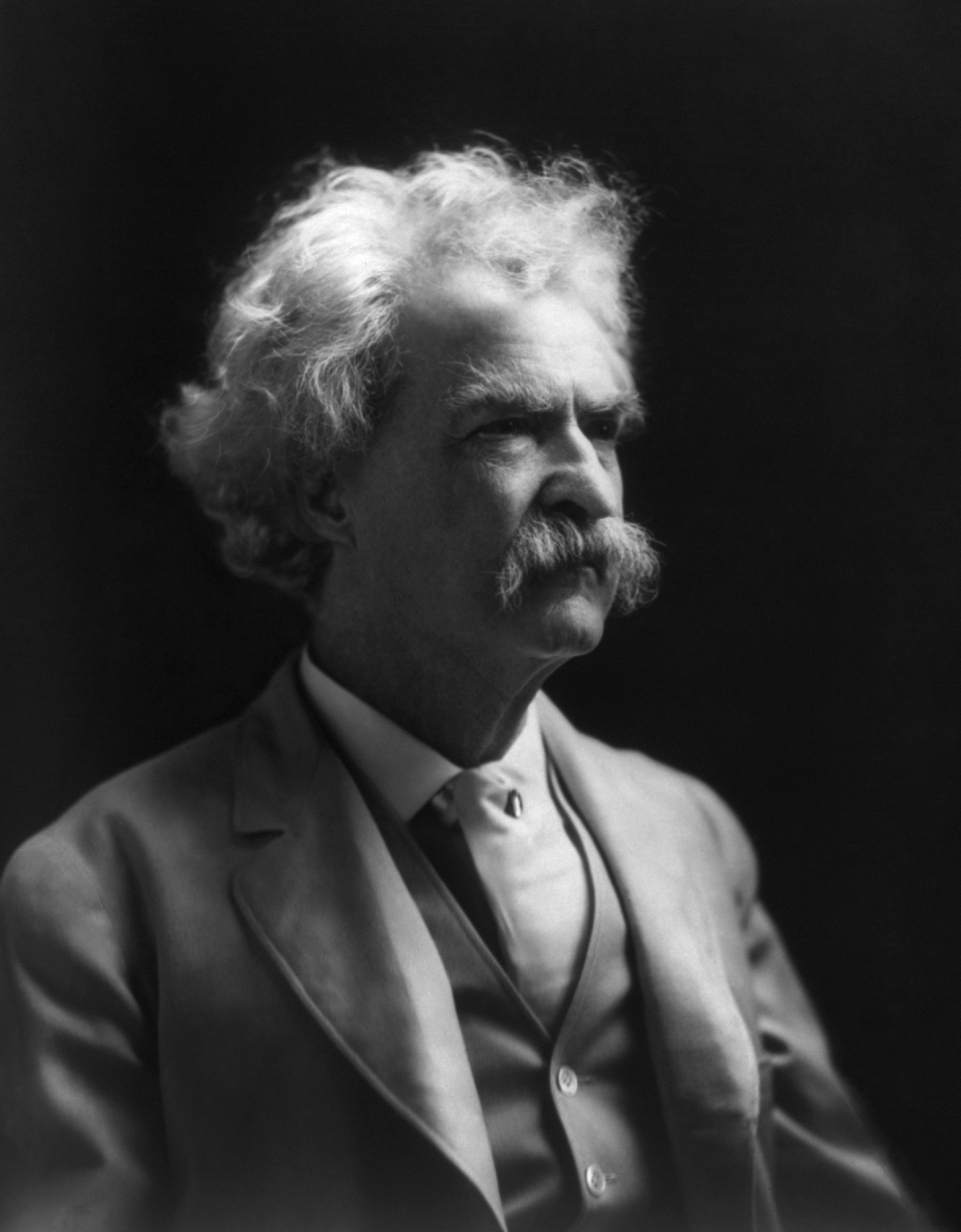 Mark Twain made a name for himself as a chronicler of the Mississippi River, but actually lived much of his adult life in Connecticut and spent summers at his wife’s family home in Elmira, New York. His in-laws, the Langdons, had a mansion as well as a farm called Quarry Farm. It was on the farm that his sister-in-law had a small, octagonal shaped study built for Twain. The curious-looking study was built to mimic the pilot house of a riverboat.

Though Twain and his family lived in Connecticut, he did most of his writing during his summers at Elmira. He described the farm as “the quietest of all quiet places,” and appreciated the solitude the cabin afforded him. It was there that he wrote The Adventures of Huckleberry Finn, The Adventures of Tom Sawyer, and A Connecticut Yankee in King Arthur’s Court.

In addition to its curious design, the cabin also has another charming idiosyncrasy: two small openings near the floor with grates over them, which served as entrances for the many cats who kept Twain company as he wrote.

Many years after Twain’s death, the cabin was moved from Quarry Farm to the campus of Elmira College where it has been preserved and maintained.

Twain, his wife, and each of his three children are buried in Elmira at Woodlawn Cemetery. Sadly, his son died as an infant and his two daughters died in their 20s. Following the death of his daughter Suzy, Twain could no longer bear to return to Elmira, the place which had been so important to him.