The railroad operations in West Yellowstone required a great number of workers who needed to be there only in the summer months. In the early 1900s, many of these workers lived in bunk cars located on the sidings near the main lines. Eventually, the need for more permanent housing resulted in the 1925 conversion of the Oregon Short Line "Beanery" into employee housing. This was followed by the construction of a separate men's dormitory in 1927. Since 1971, the remaining structure has been used as the Town's medical clinic.

A view of the Union Pacific historic district showing the old housing facilities towards the bottom left of the photograph. 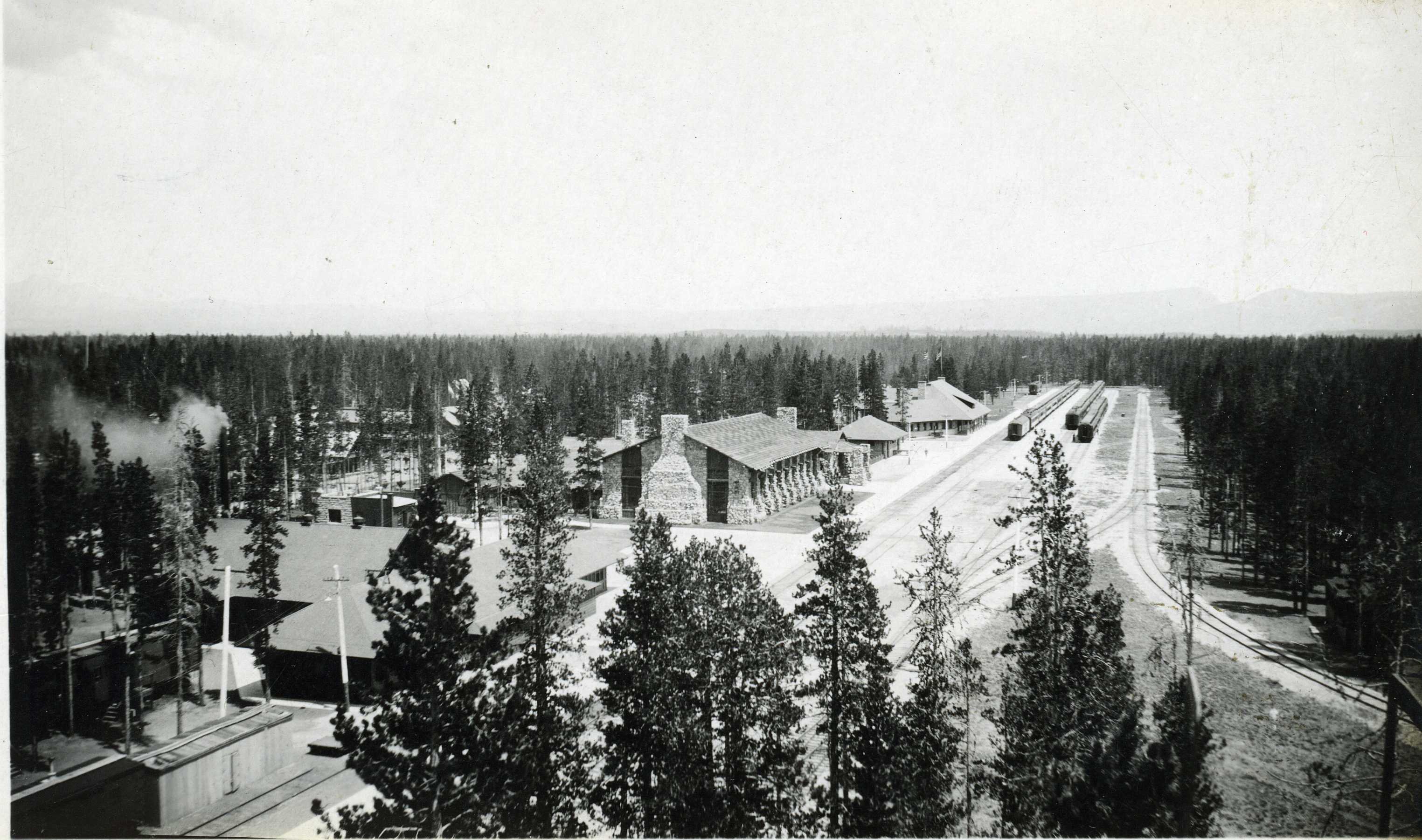 Built in 1911, the "Beanery" replaced a 1908 dining hall. The 1908 building was a one-story tarpaper structure, measuring about 24' X 130'. There are no known photos of this structure. The 1911 "Beanery" was a long, low, one-story, yellow building. Meals served here cost 75¢. To accommodate the increasing number of passengers, a wing was added to the building in 1922, measuring 40' X 62'.
In 1925, the restaurant facilities were moved to the new Dining Lodge, designed by Gilbert Stanley Underwood. At that time, the old "Beanery" was converted to employee housing. After an additional dormitory was built for the men in 1927, it was used exclusively for women's housing and became known as the "Women's Dormitory."
At the time the Dining Lodge was built, Underwood designed facades for some of the existing railroad facilities, especially those in close proximity to the massive Dining Lodge. These façades created a similar architectural look for all of these buildings, featuring stone pillars at the corners and rustic bark slabs for walls. The Women's Dormitory was one of the facilities that received this treatment.
Underwood also designed the new Men's Dormitory, matching the rustic style of the Dining Lodge. Built in 1927, it served as the Men's Dormitory until the end of passenger service in the 1960s.
Following the halt of passenger service to West Yellowstone, the Women's Dormitory went unused for many years. The structure burned in July 1980, and the place it once occupied is now an open, grassy area.
In 1971, the Men's Dormitory became the home of the Town's medical clinic and continues to serve this function today.