The Virginia Creeper trail begins in Damascus and runs through Abingdon to Whitetop Virginia near the North Carolina state line. This trail follows a former logging railroad and is enjoyed by thousands of outdoor enthusiasts each year.

Bridged area of the trail alongside beautiful river scenery 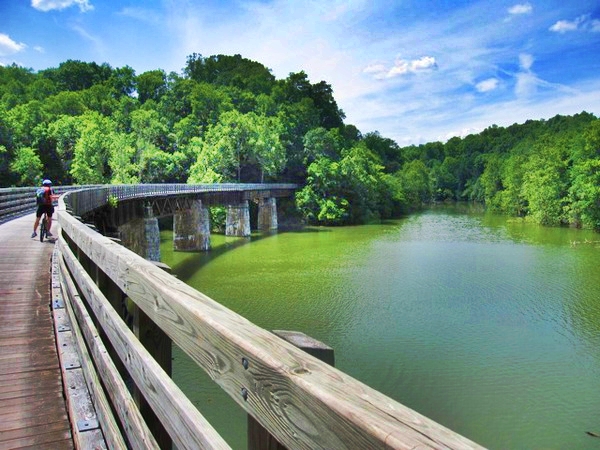 the iconic "Green Cove" building found on the trail 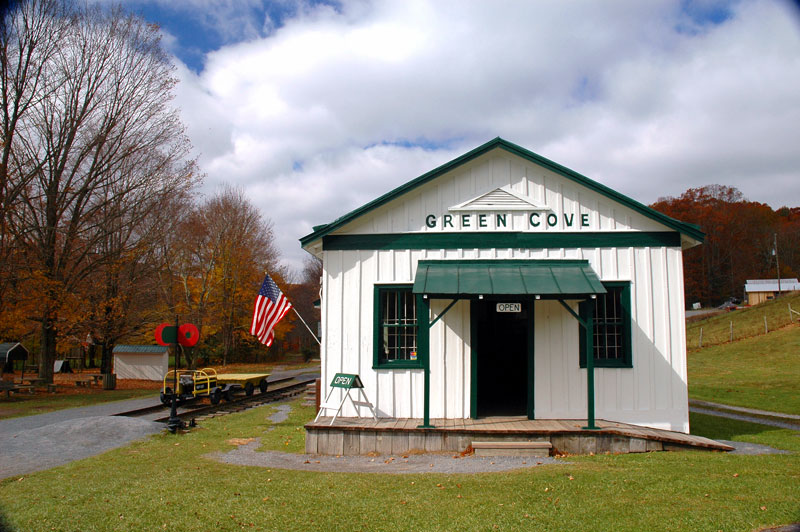 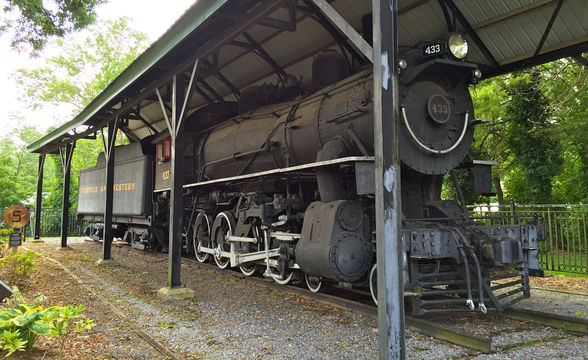 This welcome center can be found at the western terminus of the Virginia Creeper Trail. 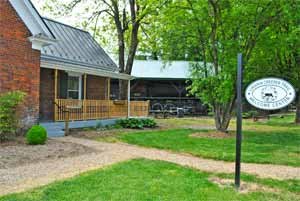 The Virginia Creeper Trail runs along a rail right-of-way that dates back to the late-1800s and was originally owned by Abington Coal and Iron Railroad. Abington Coal and Iron Railroad was formed by a group of speculators who extracted iron ore from the region through mines and a railroad constructed largely by African American prisoners. Many of these men had been convicted of minor crimes but sentenced to hard labor where they died working on this railroad. As a result, the trail's natural beauty is offset by the brutality of its origin and numerous unmarked graves along the former railroad right-of-way.

That right-of-way changed ownership several times over fifteen years. Wilton E. Mingea, a freight agent for Norfolk & Western Railroad saw potential for timber in the 16 mile hand crafted path and in 1898 he purchased the right-of-way and completed the track with rails and bridges. As a result, the Virginia Carolina Railroad was completed in 1900.

After many years of logging, large-scale timber operations gave way to a less profitable passenger business and the railway became known as the "Virginia Creeper." Though there is still debate on how the trail received its name, the most common story is that due to the steep grades the train would "creep" along the railway.

Due to the expansion of the rail line, towns were built along side the railway and the community of Whitetop, Virginia became the highest standard gauge rail station east of the Rockies. In 1928, the once-booming business of the Hassenger Lumber Company closed as demand for passenger and freight service declined. The state began removing the track in Virginia and North Carolina in the late-1970s to create a recreational trail in partnership with the US Forest Service.