The marker placed at the building to signify the dedication of Milton Hershey. 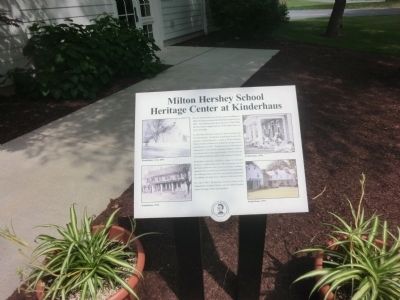 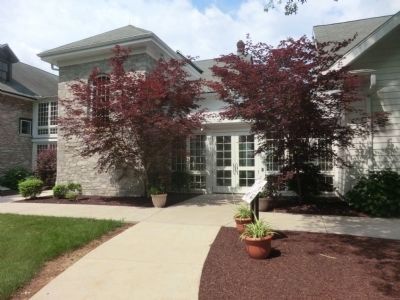 Milton Hershey did many things throughout his life as a philanthropist but his most important and largest contribution was what is now known as the Milton Hershey School. He and his wife Catherine founded the Hershey Industrial school as a way to make up for the fact that they themselves did not have children and because they were very anxious to put their fortune to good use. When the Hershey Industrial School was opened it was for orphan boys. The school was opened for the first time in 1909.

The School's Deed of Trust stipulated that: "All orphans admitted to the School shall be fed with plain, wholesome food; plainly, neatly, and comfortable clothed, without distinctive dress; and fitly lodged. Due regard shall be paid to their health; their physical training shall be attended to, and they shall have suitable and proper exercise and recreation. They shall be instructed in the several branches of a sound education . . . The main object in view is to train young men to useful trades and occupations, so that they can earn their own livelihood."

Inspiring the establishment of the school was Milton Hershey's own childhood memories of hard times and his hope that he could spare some children the pains he had experienced. In 1918, following his wife’s death in 1915, Milton Hershey gifted the School’s trust fund with his entire fortune, his ownership of the Hershey Chocolate Company, then valued at $60 million. Characteristically, the gift was not made public until 1923. When he died in 1945 the school was much larger than he had left it and now is something that he would be even more proud of then when he was alive.

Today the school promises many things to its students including: An excellent curriculum, instruction from highly qualified teachers, a supportive environment, access to the latest technology, extracurricular activities to enhance the educational experience, empowerment to shape their educational program, the ability to earn college credits while still in high school, and the opportunity to earn scholarships for life after MHS. These things are provided to their students in masses and although the school is no longer for orphan boys and is for boys and girls it is something that Milton S. Hershey would be proud of and he would keep it running for the good of the children as long as he could.