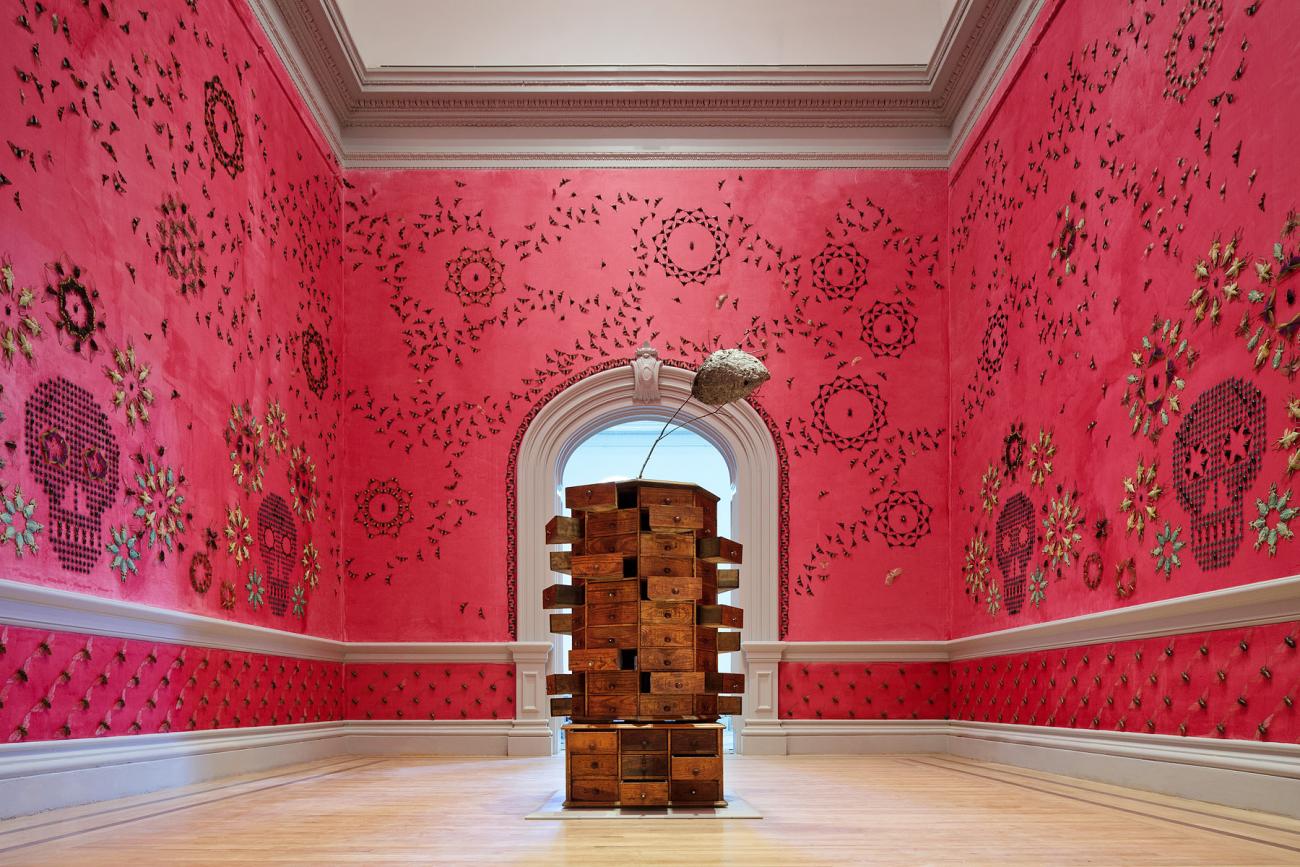 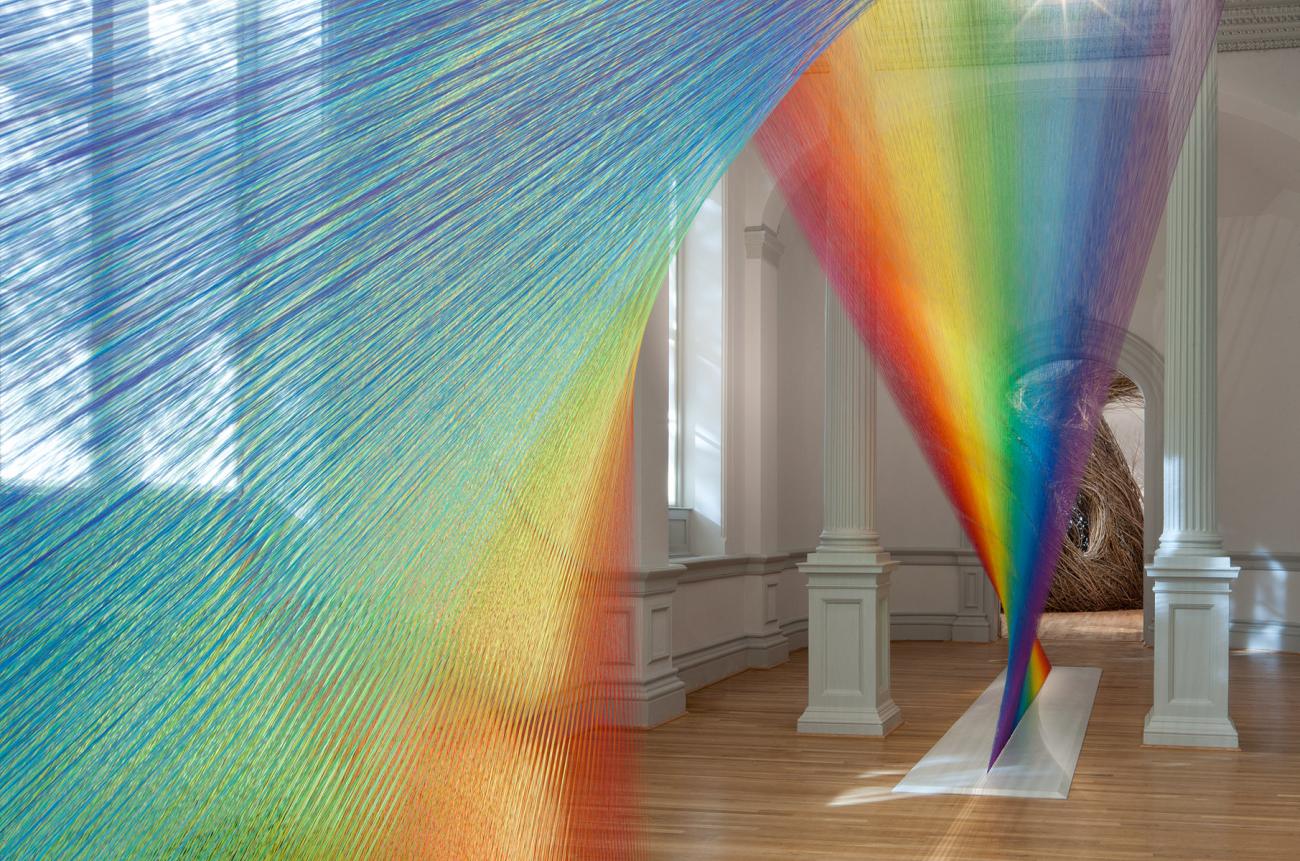 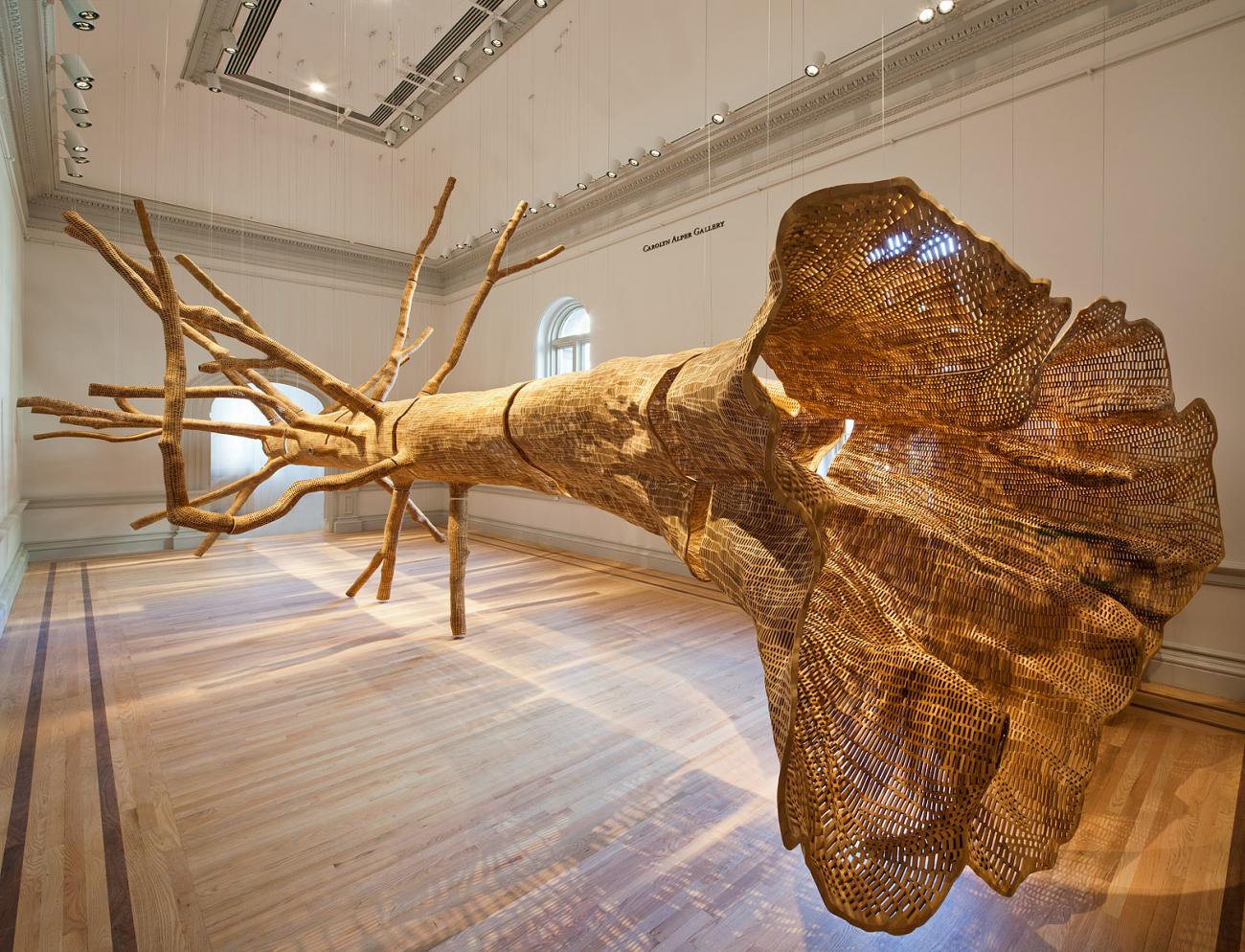 Outside view of the Renwick Gallery. 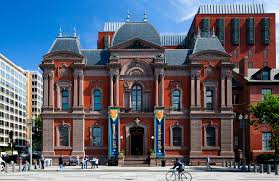 James Renwick Jr. was an architect in the 19th century United States.  He designed many timeless building including the Smithsonian Castle in Washington D.C. and St. Patrick’s Cathedral in New York.  It is very interesting that he had no architectural background, but had a degree in engineering instead.  He was only 12 years old when he enrolled in Columbia to study engineering just as his father had done.  Renwick was 25 when he won his first commission, in 1843, to build New York's Grace Episcopal Church.  Renwick helped introduce the Second Empire style in the United States when he designed the Corcoran (now the Renwick Gallery).  In his later years, he designed and built a house for his parents in New York at 21 5th Ave., where Mark Twain resided at a later date.

The Renwick was inspired by an addition onto the Louvre in Paris.  The design was heavily influenced by French buildings with the pavilions and mansard roofs.  The words "Dedicated to Art" are etched into the stone that lies above the main entrance to the Renwick Gallery.  Senator Charles Sumner dubbed the building "The American Louvre", as it put Washington D.C. on the map as cultural center.

In November 2015, the Renwick Gallery re-opened its doors after a two year renovation.  The entire museum was made into an immersive artwork gallery for the debut exhibition.  Nine contemporary artists were given the task of turning the building into a giant work of art.  Jennifer Angus, Chakaia Booker, Gabriel Dawe, Tara Donovan, Patrick Dougherty, Janet Echelman, John Grade, Maya Lin, and Leo Villareal each had their own gallery in the building to create site specific artwork.