Built in 1912-1913 and located at the corner of Market and Dewberry Streets in downtown Harrisburg, the William Seel Building is a narrow, four-story four bay brownstone and brick building. Over the past century it has been home to a wine and liquor store, shoe store, home for orphan girls, law offices, campaign offices, union headquarters and, currently, student housing. The building underwent extensive renovations in 2015 to convert it into student apartments for the Harrisburg University of Science and Technology. It is a wonderful example of early 20th century commercial architecture that is becoming increasingly rare in Harrisburg. The William Seel Building was added to the National Register of Historic Places in 1980. 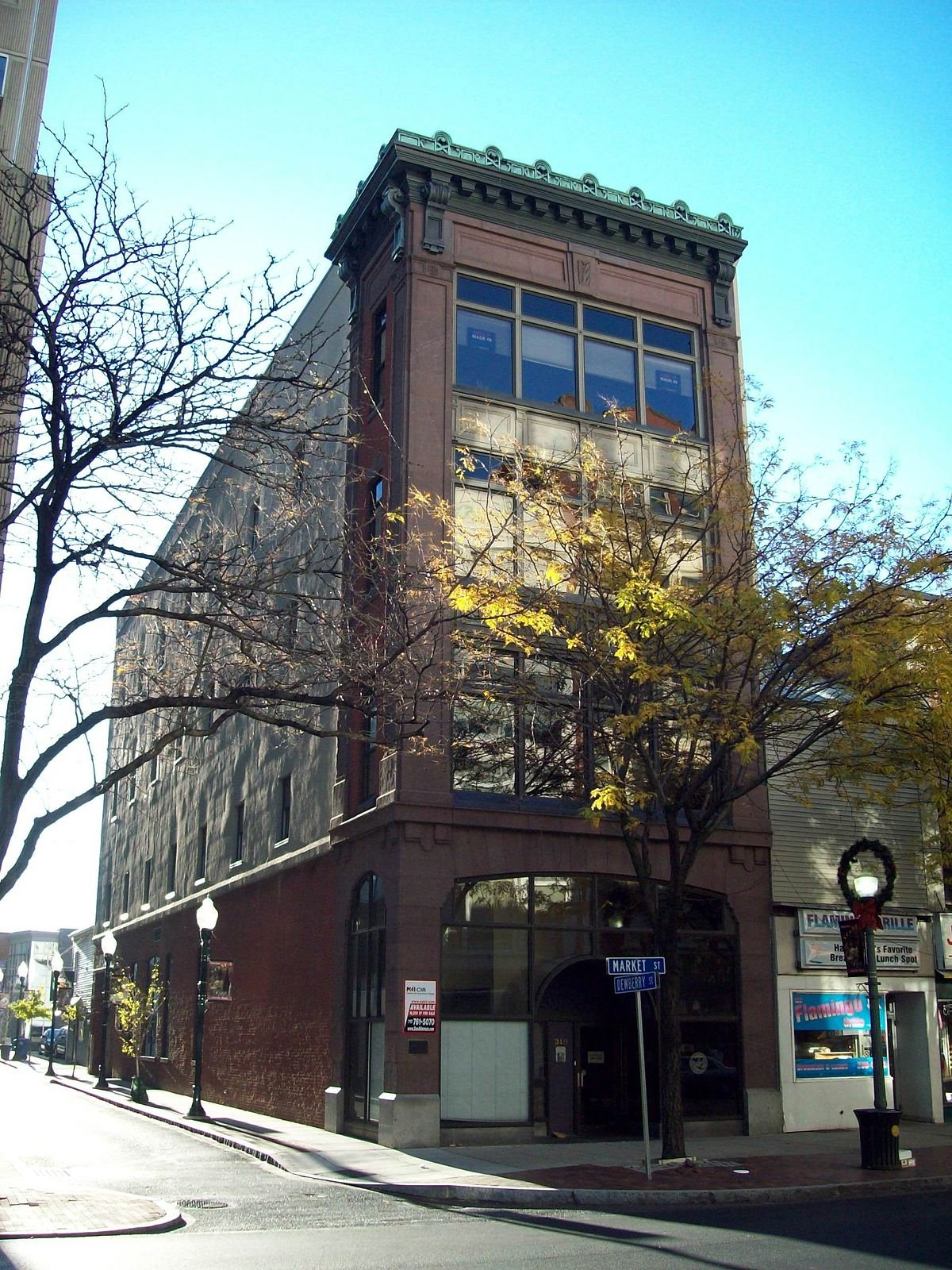 A good view of the brownstone façade and brick construction of the Seel Building. 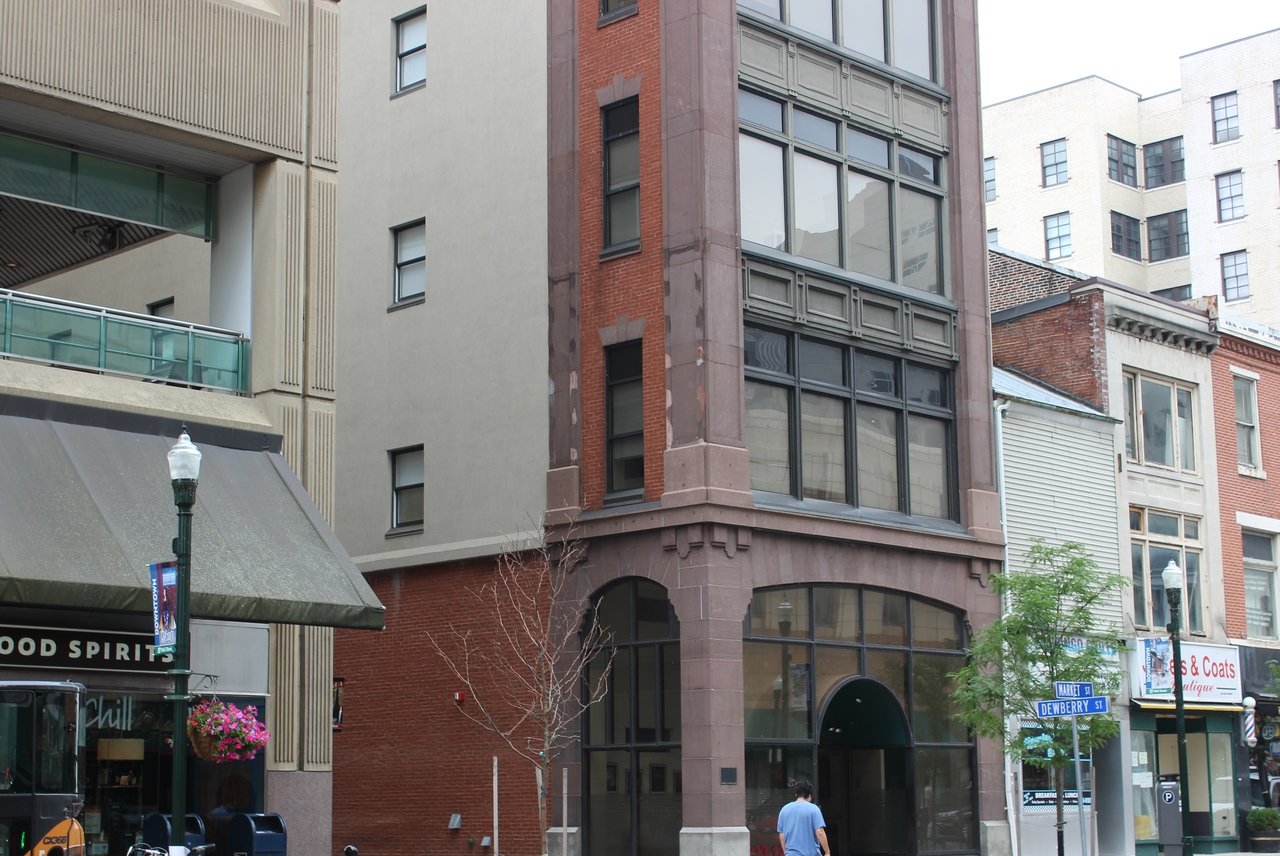 Looking down Market Street with the Seel Building on the left. 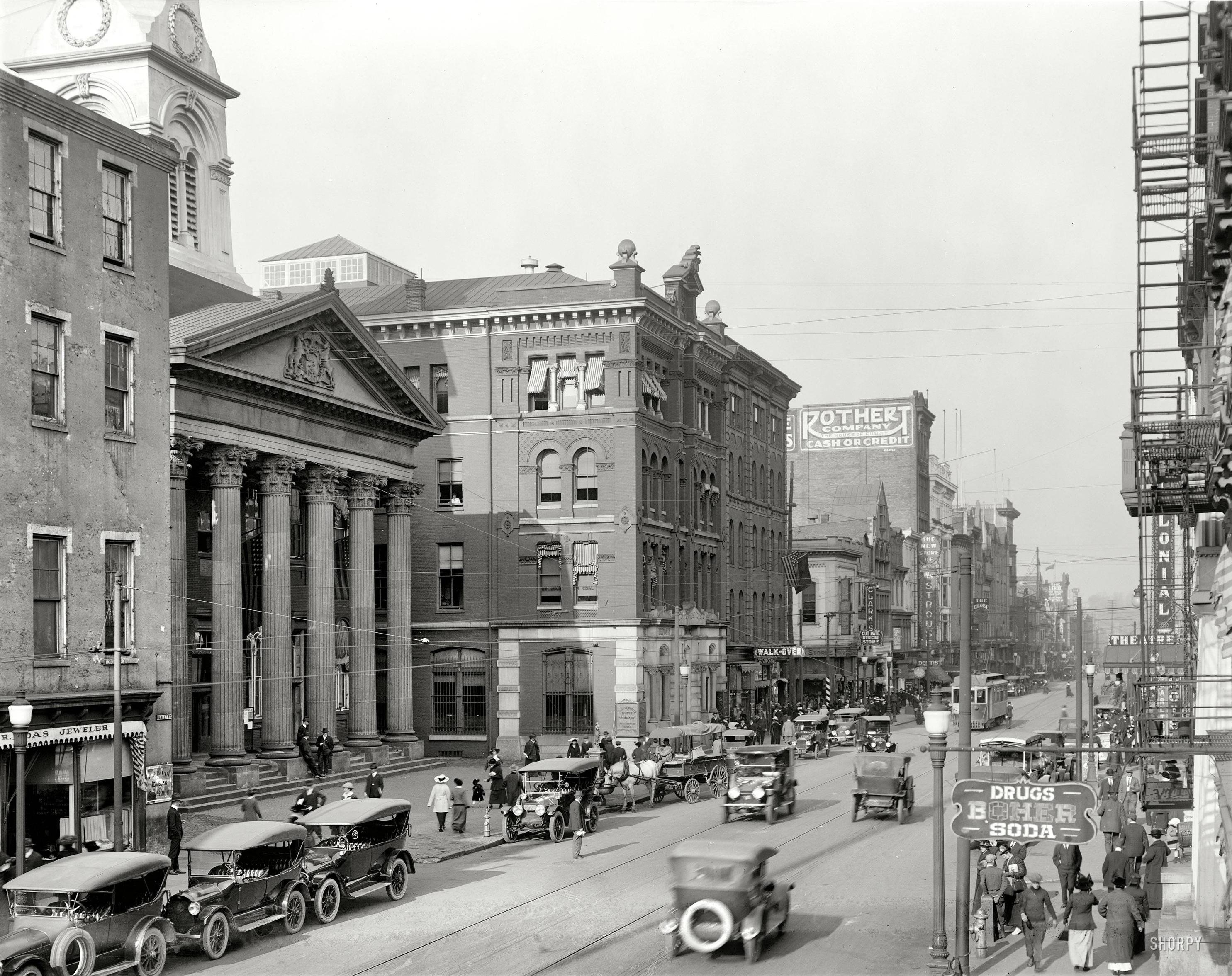 Local merchant, William Seel, owned a single-story frame house on Market Street in the early 20th century.  In 1912 he had that house demolished and erected a four-story brick and brownstone office building in its stead.  His building was constructed with brick and brownstone mined from the nearby Hummelstown Brownstone Quarries.  The Market Street façade features stylish brownstone arches and large one-over-one windows with a single transom above.  Seel capped his building with a surmounted overhanging cornice supported by corbels and ornamental brackets at the corners.  The remaining three sides of the building are constructed with red brick.

At the time, this section of downtown Harrisburg was becoming its commercial center and Seel sought to capitalize on that fact by opening Waller and Seel Wines and Liquors in his newly constructed building.  Seel, in 1919, then leased the building to the Kinney Shoe Company which opened its doors in 1920.  The Seel Building remained its home until downtown Harrisburg’s commercial district began to decline in the 1970s.  William Seel owned the building until his death in the early 1970s when it was then given in trust to the Sylvan Heights Home for Orphan Girls, Incorporated and Paradise School, Incorporated.

From that time, the building was always partially vacant and it was eventually purchased by the AFL-CIO and served as their headquarters in Harrisburg until it was purchased by Brickbox Development Ltd. in 2012.  Brickbox is known for restoring historic buildings for residential living as it did with the old Government Hotel and Kunkel Building, both also located in Harrisburg.

Brickbox then spent $900,000 renovating the building and those renovations included removing the c. 1950s enameled metal storefront to reveal its original brownstone exterior.  They also applied a stucco layer to the sides and rear of the building above the second floor.  Unfortunately, little remains of the original interior other than the remnants of the terrazzo floor and pressed sheet metal ceiling and cornice.  Today, the Seel building and its 25 apartments, to include loft style apartments on its first floor due to its high ceilings, has been leased to Harrisburg University and provides housing for over 50 students.  The Seel Building sits across from the Market Street entrance to Strawberry Square and, unlike the buildings around it, has successfully resisted the pressures of urban renewal, much to the betterment of downtown Harrisburg.