This article provides an historical overview of Fort Humbug, or officially known as Fort Turnbull. And this article contains a short introduction to Confederate monument fever following the Civil War as part of the Southern "Lost Cause" ideology.

A recreation of the fake cannons positioned at Fort Humbug 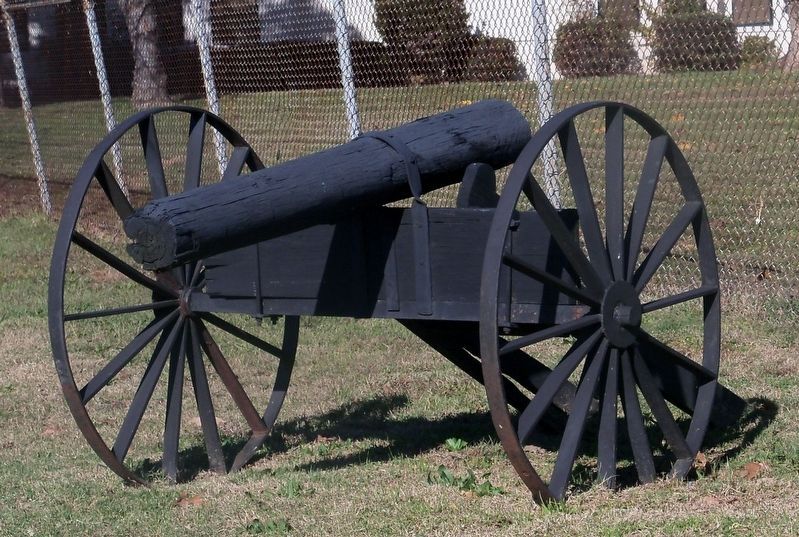 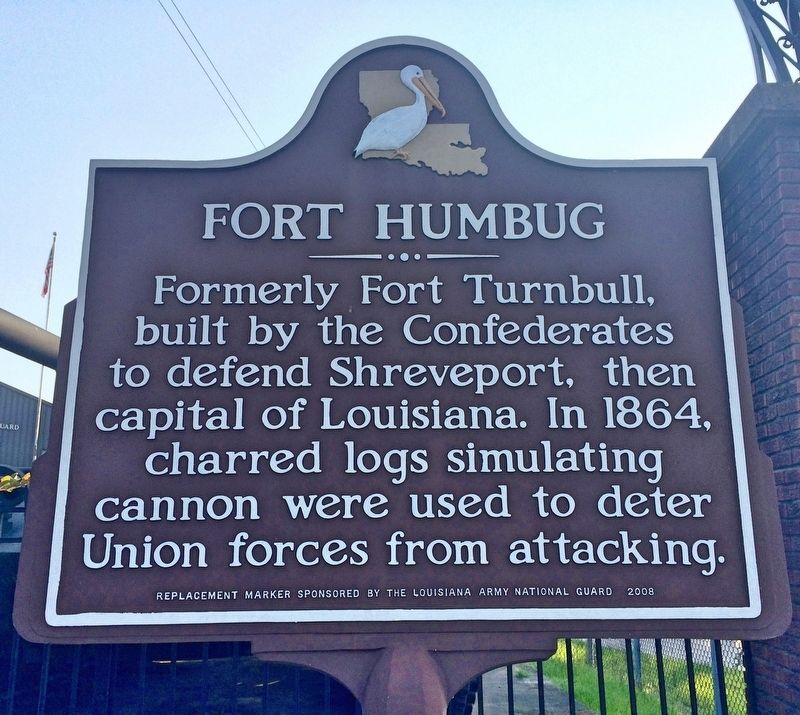 Confederate Monuments have been built since the end of the Civil War. Their production has been spearheaded by organizations, such as the United Daughters of the Confederacy and Sons of the Confederate Veterans. Their production spiked during the height of Jim Crow during the first two decades of the twentieth century with another smaller spike during the Civil Rights movement of the 1960s. They take many forms ranging from massive sculptures such as Stone Mountain to the names of streets and schools. To date there are 1,503 symbols of the Confederacy in public spaces according to a study done by the Southern Poverty Law Center, with most of them being concentrated in former Confederate states. Many of these are subtle but most are visceral reminders of the Confederacy. These symbols are so prolific and normal in some areas that they almost go overlooked. A lot of this has to do with how the culture of the South changed following the Civil War.

Confederate generals, politicians, and all other antiheroes have been memorialized as martyrs throughout the years. As historian Charles Reagan Wilson details in Baptized in Blood: The Religion of the Lost Cause, 1865-1920 “the southern experience of defeat in the Civil War nurtured a tragic sense of life in the region, but historians have overlooked the fact that this profound understanding has been expressed in a civil religion which blended Christian and Southern values.” For their childhood, many Southerners have been indoctrinated to believe that these men fought for a worthy cause and their actions represented the best of the South's culture, and therefore Christian and righteous values. That is why there is so much fierce pride associated with these monuments. After New Orleans fell to Union soldiers in 1862, Louisiana lost most of its strategic importance. However, the northwest corner, while cut off from the rest of the Confederacy, still held an vital river port at Shreveport.

Fort Humbug, originally named Fort Turnbull, was a Confederate fort guarding Shreveport during the Civil War. Fort Turnbull was built alongside the Red River and was intended to bombard Union Ships that tried to sail down into Confederate territory, yet this never happened and Fort Turnbull did not see much action during the Civil War. After the Battle of Vicksburg in 1863, Shreveport became part of a region mostly separated from the rest of the Confederacy and would eventually become the last stronghold in Louisiana. Fort Turnbull earned its new name from the deceitful way they avoided being attacked. Being short on supplies, most or all of the canons were charred logs placed to look like cannons. Union scouts seeing these imitation-cannons, reported that Fort Turnbull was heavily armed and the Union forces decided to go an alternate route. There is some speculation that there were other reasons that led Federal Admiral Porter and General Nathaniel Banks to go alternate routes, but the name Fort Humbug stuck. It was a moniker that spoke to the cleverness of the Confederate soldiers, how they outfoxed the invading enemy.

In 1927, the Commissioner of Streets and Parks Reuben McKeller saw the fort’s potential as a park. The park was commemorated on Confederate Memorial Day in 1927. The United Daughters of the Confederacy’s Chapter 27 took responsibility for its maintenance; interestingly they are currently involved in a federal court case involving the Confederate Monument in Caddo Parish (Shreveport Chapter #237 of the United Daughters of the Confederacy v. Caddo Parish Commission, et al). In 1939, the Louisiana National Guard built an armory on the land and used it as an induction center during World War II. Finally in 1947, the Veterans Administrations Hospital was built which still stands today. The only things remaining are two separate markers, one each for Fort Turnbull and Fort Humbug, as well as an entrance way and log cannon.

The actions of Shreveport Chapter 27 of the UDC have been part of system that has, with religious fervor, memorialized the Civil War and its Southern participants who fought for extending and protecting slavery. Placing these “heroes” and the Lost Cause on a pedestal, its continuous celebration of Confederate ideology is an example of the larger issue of how the Confederacy is treated within Southern society. Different from most Confederate monuments in the fact that it was not erected in the monument fervor during Jim Crow and during the Civil Rights Movement. Fort Humbug’s commemoration in 1927 coincided with a rash of racial violence in Caddo and the surrounding parishes, matching the pattern of an increase in Confederate monuments matching an increase in racial violence.