Located about two miles south of Hummelstown, all that remains of the Hummelstown Brownstone Company are three large, water-filled quarries from which thousands of tons of stone were removed and used in buildings throughout the United States. Beginning in the late 18th century, settlers utilized the local brownstone outcroppings for tombstones and, later, for building materials. Eventually, the land was acquired by those seeking to mine large quantities of the stone and the Pennsylvania Brown Freestone Company began operations in 1863. It later became the Hummelstown Brownstone Company which produced finished stone until 1929. The quarries were added to the National Register of Historic Places in 2003.

An aerial view of the Hummelstown Brownstone Quarries as they exist today. The Amber Dr. cul de sac sits between quarries #2 and #3. 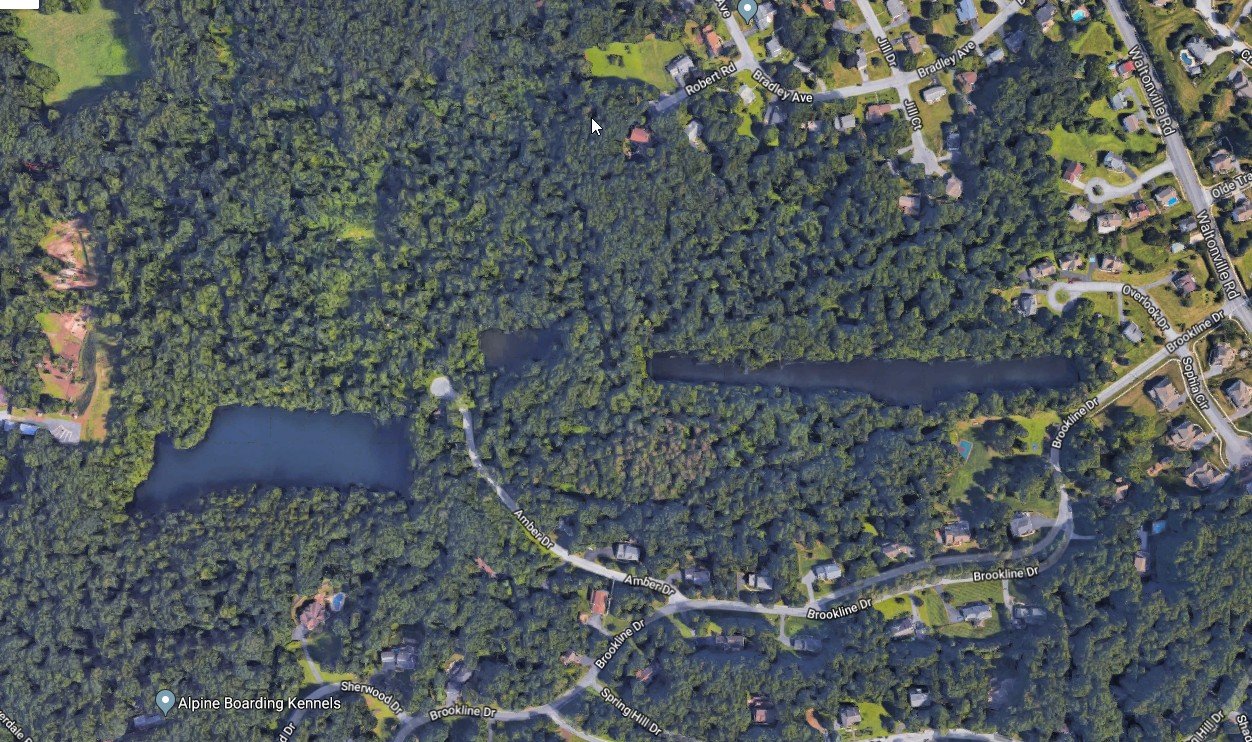 Today, the quarries are surrounded by forest and a partial chain link fence. 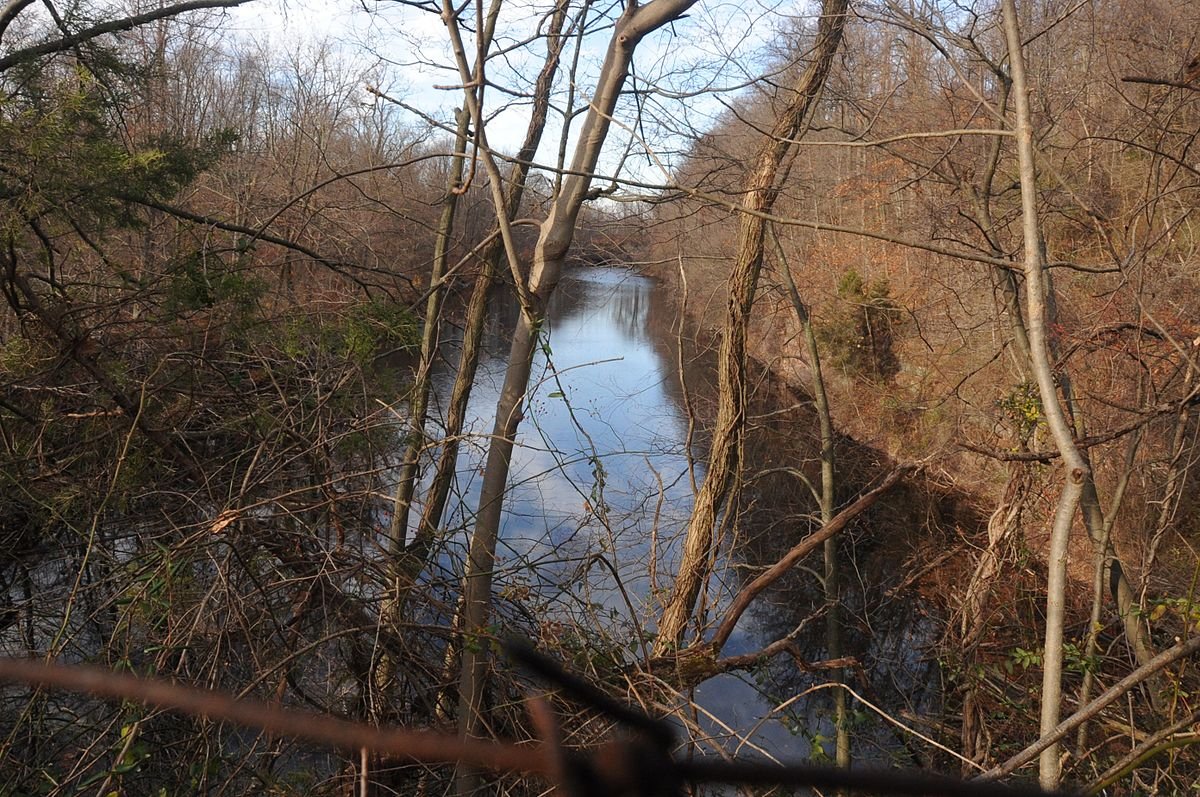 This historical marker is located on E. Main St. in Hummelstown. 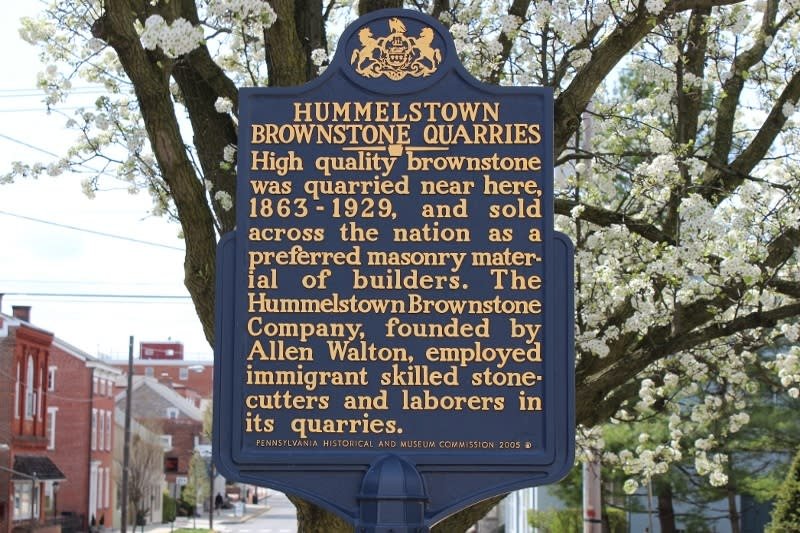 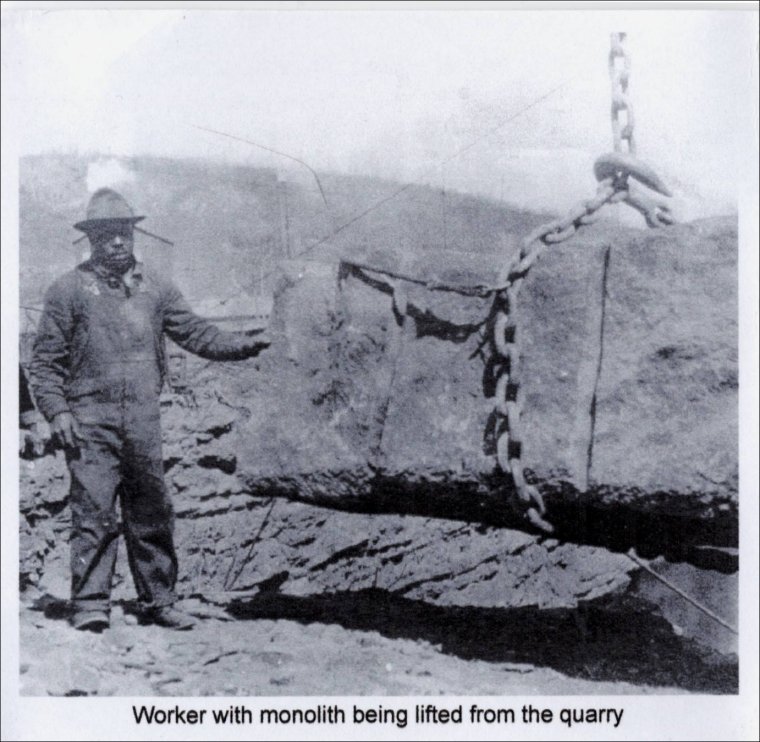 The Barbour County Courthouse in Philippi, WV is a fine example of a Hummelstown brownstone exterior. 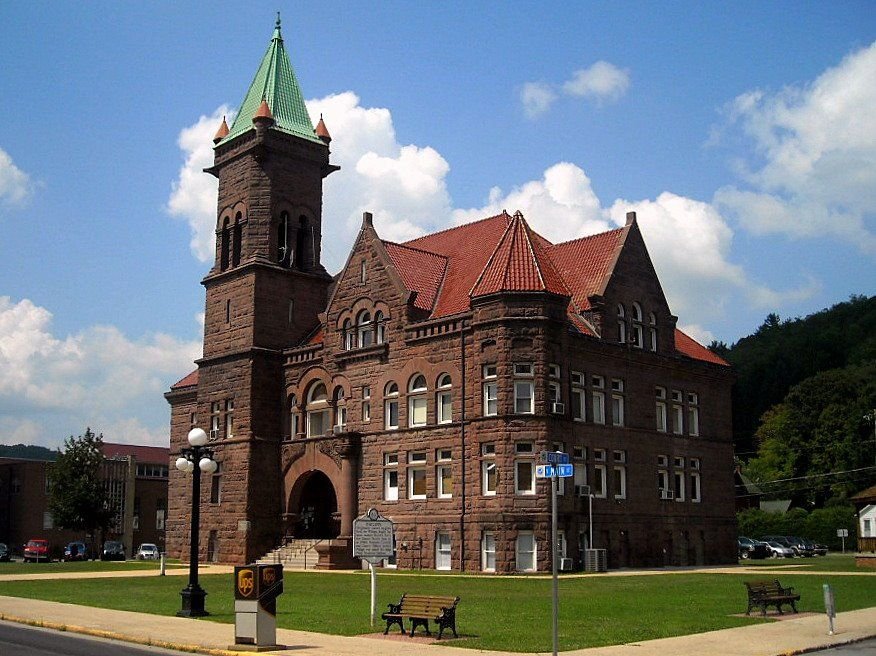 The land that would later become the Hummelstown Brownstone Quarries was first purchased by Peter Berst, a German immigrant who arrived in America in 1765.  His son, John, opened the first quarry and used the Triassic sandstone he pulled from it to build the family home in 1800.  The Berst family began to sell some of the stone on their property to the Union Canal and Philadelphia-Reading Railroad which used it for bridge piers.  In 1863, Henry Brown and Daniel Wilt acquired a ten-year lease on the quarry and began excavations on pits #2 and #3.  Wilt sold his interests to Brown six months later and the Pennsylvania Brown Freestone Company was chartered in 1867.

Allen Walton, a steam and gas fitter, was hired in 1868 to manage the quarries and he instituted a series of technological advances to remove more and larger sections of stone.  However, the young company struggled financially and was sold at sheriff’s sale to Walton in 1875.  He quickly expanded sales to Philadelphia and Baltimore, absorbed other quarries and mining companies and changed the name to Hummelstown Brownstone Company in 1891.  Eventually, its land holdings exceeded 1,000 acers.

The peak years for the company and quarries was from 1880 through 1910.  During this time, the company founded the Brownstone-Middletown Railroad in 1885 which was then used to transport the quarried stone more efficiently and at less cost.  The railroad beds are still evident around the quarries while the tracks have long since been removed.  The company also built a railroad station in Hummelstown and a company town, Waltonville, just east of the quarries, for the company’s over 600 employees.  However, almost nothing remains of that town today.

At its peak, the quarries were shipping 30-40 railroad cars of stone per day.  The company also employed stone crushers to produce sand for mortar to be used between their stones and built a large brick plant on site in 1905, the remains of which exist in the form of the pillars that are left behind.  Allen Walton died in 1898 and ownership and operations passed to his sons, Allen Jr. and Robert.  Unfortunately, builders gradually began to switch to other materials, such as granite, marble, concrete and clay brick as the 20th century progressed and the company stopped pulling stone in 1927 and closed its doors in 1929 at the advent of the Great Depression.  In 1986 the land and former quarries were sold to the Walter Springs Hill Corporation, a development firm.

The Brownstone pulled from these quarries contributed to the industrial and architectural progress of the country.  It has been used in the Richardson Romanesque, Queen Anne, collegiate Gothic, and Italianate architectural styles, among others.  The stone was fashioned into foundations, curbing, steps, sills, bridge piers, and exteriors on buildings as diverse as churches, courthouses, mansions, railroad and automobile bridges and office buildings.  For these reasons, the quarries were added to the National Register of Historic Places.