Fort Butler named after the surveyor general of the Florida territory Robert Butler. Once an important military outpost designed to defend the St. Johns River is now only remembered by simple historical marker to show where Fort Butler once stood. 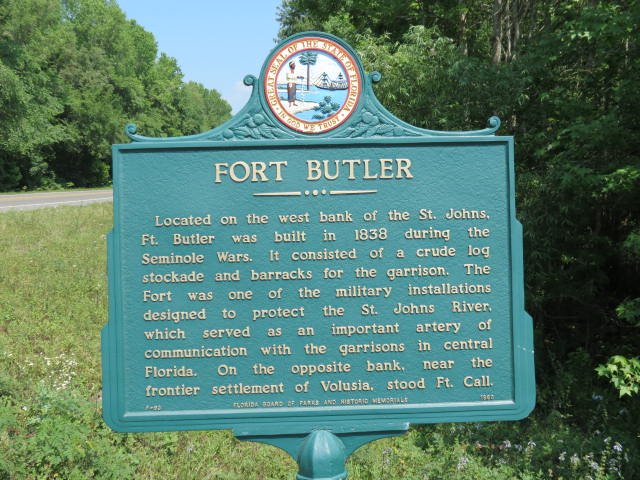 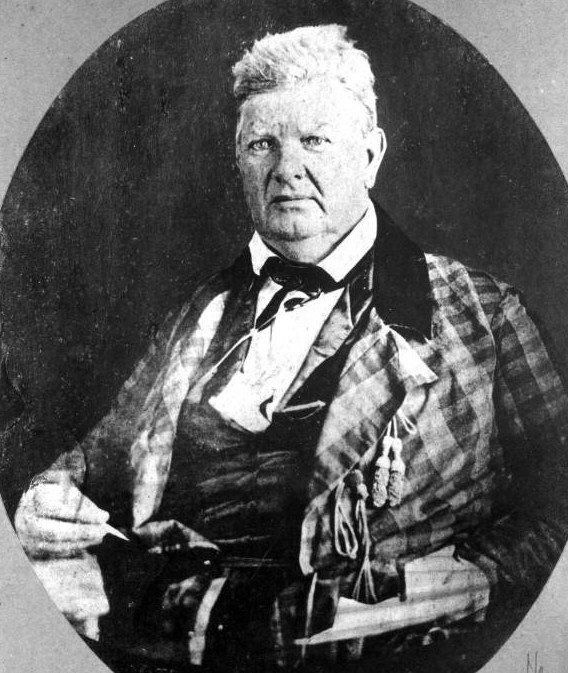 In 1819 just as the Adams-Onis Treaty was first being proposed between the United States and Spain, President James Monroe was attempting to appoint Andrew Jackson as the future Governor of the Florida Territory. President Monroe believed that Jackson was an ideal candidate for Governor of Florida since Jackson seemed more familiar with the territory than anyone else, but despite his qualifications Jackson had little to no interest in governing Florida and declined the offer (Florida History, 35). However in January 1821 President Monroe renewed the offer and Andrew Jackson reluctantly accepted the position of governor of the Florida Territory. Even though he accepted the task of governor Jackson ultimately wanted nothing to with Florida, so it soon became Jackson’s primary focus to finish the establishment of the Florida Territory as quickly as possible. On July 10, 1821 a formal ceremony took place in St. Augustine making Florida a territory of the United States, although instead of meeting with the Spanish officials himself Jackson sent Col. Robert Butler as a representative on his behalf. However Jackson would eventually participate in the last two ceremonies which were held in Pensacola and St. Marks officially making Florida a territory of the United States. After obtaining Florida for the U.S. Jackson wasted no time trying to get the territory under control, his first act was to proclaim  Florida a single territory. In order to simplify the problem of government he also split the state into two counties, St. Johns and Escambia. As for the exploration and establishment of the counties Jackson had left most responsibilities  to Col. Butler and in order to support the expansion a number of forts were constructed to act as supply lines as well as provide aid during the Seminole War, one of the forts was Fort Butler. However, after a few conflicting opinions and decisions with President Monroe in Oct 5, 1821 Andrew Jackson informed the President that he considered his mission in Florida complete and that he would return to Tennessee and not return to the florida territory unless the public demanded it (Florida History, 35).

In 1824 Col. Robert Butler was appointed as surveyor general of the Florida Territory, he was tasked with expanding, surveying, and establishing the territory for future settlers (Florida History page 40). Col. Robert Butler also served as acting governor of East Florida in July 10. 1821, although he would only remain governor of East Florida for two days until John R. Bell arrived in Florida on July 11, 1821. Col. Robert Butler’s services would prove to be a major benefit to the expansion of the Florida Territory, after establishing a base marker at Tallahassee which is where all survey measurements in Florida originated (Florida: Historical and Contemporary Life in the Sunshine State, 54). During Col. Butler’s time as surveyor general a number of locations were named in Col. Butler’s honor such as the Butler Chain of Lakes, Lake Butler, and of course Fort Butler. Although Col. Robert Butler was not given much of the credit he was owed nevertheless he still played an important role in the establishment of Florida as a state.

Fort Butler was named after the United State’s appointed surveyor general of the Florida Territory,  Col. Robert Butler. Fort Butler was constructed in 1838 during the Seminole War,  one of many forts constructed in order to support United State’s forces entering the Florida Territory. "Located on the west bank of the St. Johns, Ft. Butler was built in 1838 during the Seminole Wars. It consisted of a crude log stockade and barracks for the garrison. The Fort was one of the military installations designed to protect the St. Johns River, which served as an important artery of communication with the garrisons in Central Florida. On the opposite bank, near the frontier settlement of Volusia, stood Ft. Call." (UNF of North Florida Digital Commons). Although the fort itself is no longer standing, there is however a plaque erected by the Florida Board of Parks and Historic Memorials in 1963 marking where this important structure once stood.