The Windover bog is a Prehistoric archaeological site where the bodies of ancient native Americans were found buried in a pond. They found bodies that are estimated to be around 8,000 BCE. The lack of oxygen from the pond prevented decaying of the bones and brain tissue. Through this archaeologists came across a better understanding of how the natives lived thousands of years ago.

The skeleton of a bog man 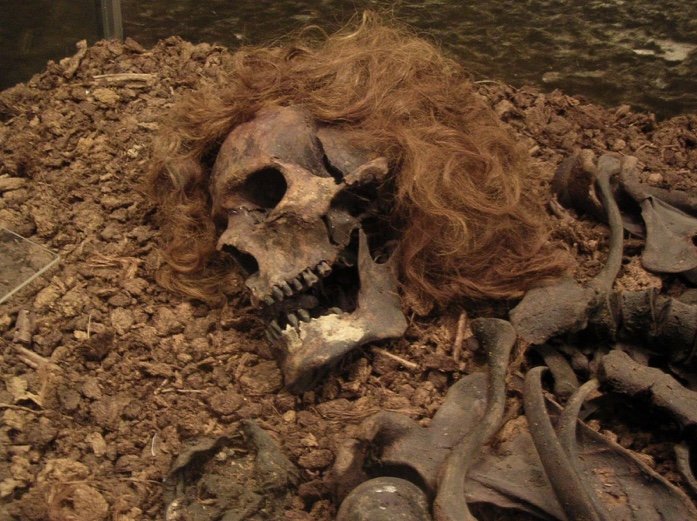 The trail that takes you through the Windover bog sites 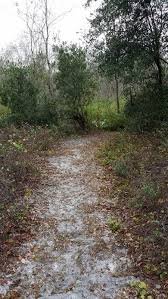 A mans Skull found in the Windover bog site 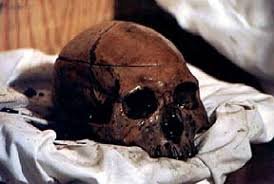 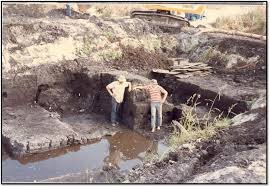 The Windover bog archaeological Site is one of the most intriguing archaeological sites in Florida, located at 5111 Windover Trail, Titusville, FL 32780 is home to the skeletons of 168 bog people that were found buried at the bottom of the pond. The bones where discover by a man named Steve Vanderjagt in January 1982 during the Windover housing project.  He needed to clear a path through the Windover bog he thought it was a rock but knew there wasn’t many rocks or stones in that area. He saw it roll off the pile as he was clearing the pathway and went to examine it. When he examined the object, it was, in fact, a human skull. He left the skull there and called archaeologists to examine the skull. They came across a Black pong and started looking around and found more skulls. Once the skeletons where examined they were estimated to be over 7,000-years-old. About 3,000 years before the first pyramid in Egypt and 6,000 years before the birth of Christ. Knowing this gives us a better image and understanding of how it was to live in ancient Florida. From the skeletons of these ancient Americans, they found in the bod site it was determined that none of the bog people suffered violent deaths. An article on ancient-origens.net stats “The bodies include men, women, children. Roughly half of the bodies were younger than 20 years old when they died but some were well over 70”.(ancient origins) Archeologists found a wide array of artifacts including woven twin they used to wear as clothes. the skulls they found in the bog area still contained brain tissue so it is estimated that the bodies were buried in roughly 48 hours of death. The first find of brain tissue they found was from a woman that was approximately 45 years old when she died. 91 one skulls were eventually found and a wide variety of them had their whole brain intact. With the humidity of Florida, the brains would have turned to liquid. The lack of oxygen in the pond shut out the bacteria and fungi that cause decaying, permitting the bones and brain matter to survive such long periods of time. In order for them to keep the brain tissue intact, the brain tissues were taken from the skulls as quickly as possible and put in a plastic bag then placed in nitrogen gas. Then got sent to a laboratory that got frozen at -70 degrees to minimize degradation. ( Windover Archaeological research project)

As I was scrolling through twitter I came across a picture of a Bog man in the 14th century posted by museum archive.

An interesting investigation from the Bog site was that none of the bog people where biologically affiliated with the modern native American groups that were known to live in that area. The article on nbbd.com stats “The pond has proved to be one of the most important and productive "wet" archaeological site in the history of the nation. Scientists from around the world have taken part in the study, preservation, and analysis of materials taken from the pond”.

In 1984, they drained the pond to find out what they have encountered when it drained they came to the assumption that it wasn’t just a scattering of bodies but a cemetery. They were also able to find wooden objects, antler and animal bone. Within minutes after being removed from the wet atmosphere of the pond they started to fry out and fall apart. The archaeologists had to use we cloth and spray bottles filled with water to keep the materials from the bog wet until they were able to remove the items from the site. Bone and antler were treated with an acrylic that replaced the water and helped preserve the bones and keep them intact. While other bones were frozen for specialized chemical and protein analysis. “remarkably some of the bones were still connected to others despite thousands and thousands of years of decay.”

The archaeologists were able to determine that “Apparently, they were more caring and less nomadic than was generally believed.” They were able to find multiple bone fractures on a 50-year-old woman estimated to have happened before she died. There is a trail at the Windover bog archaeological site that passes through the area of the pond that the skeletons where found. (Windover Archaeological site) If you ever want to see one of the most interesting and important discoveries of Florida history, take the 1/3-mile trail that passes through the ponds the archaeologists searched to find these remarkable 7,000-year-old bog people.

Sullivan, Kerry. "The Windover Bog Bodies, Among the greatest Archaeological Discoveries Ever Unearthed in the United States." September 29, 2016. http://www.ancient-origins.net/history-ancient-traditions/windover-bog-bodies-among-greatest-archaeological-discoveries-ever-021007/page/0/1.