The Battle of Ezra Church took place on July 28, 1864. The battle was part of the Atlanta Campaign in Sherman’s March to the Sea. The Confederate forces were led by General John Bell Hood and Lieutenant General Stephen D. Lee and the Union forces by General William T. Sherman and Major General Oliver Howard. The result was a Union victory, with the Confederates losing 3000 men while the Union lost 642. The goal of the Confederates was to keep the Union forces from blocking railroad lines, which, despite the loss of the battle, was successful.

Engraving of the battle by Theodore R. Davis for Harper's Weekly 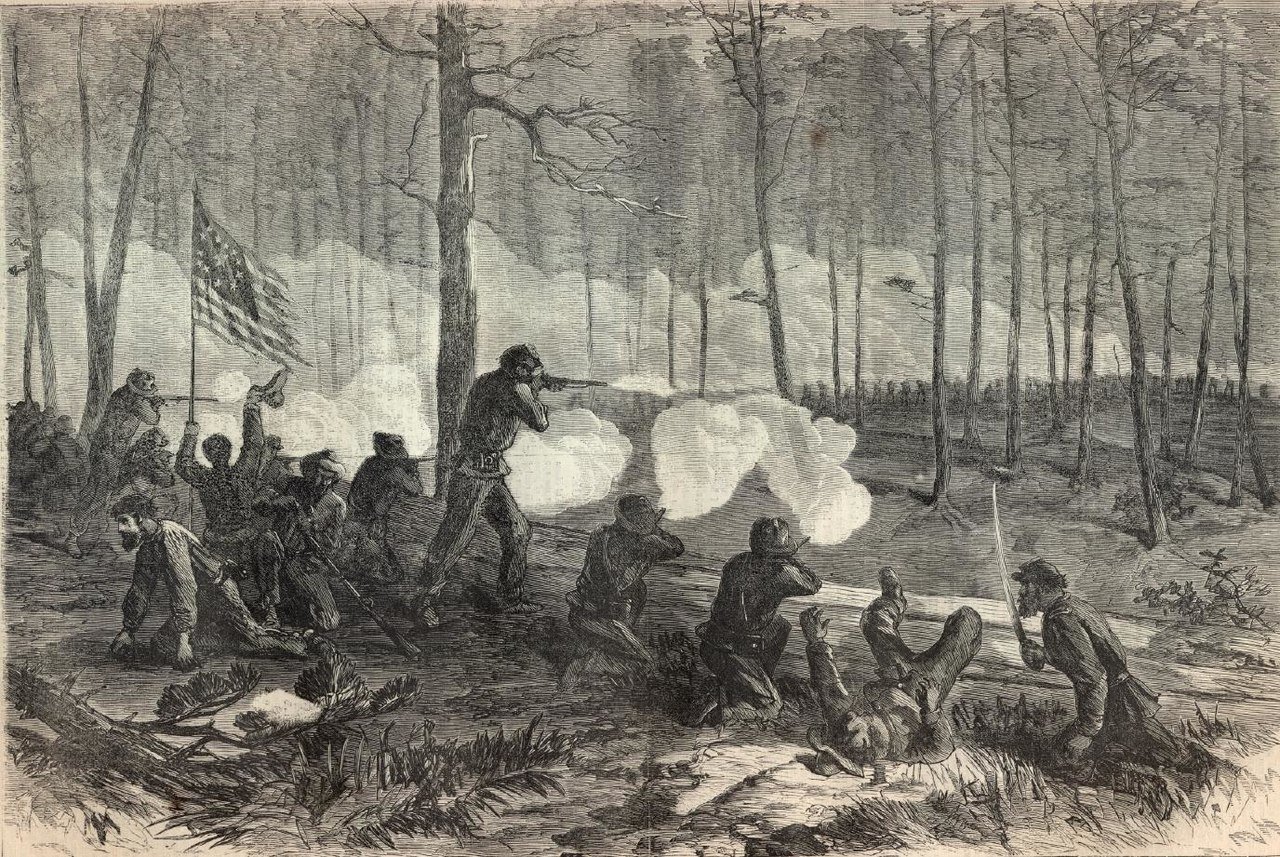 A Better View of the Historical Marker 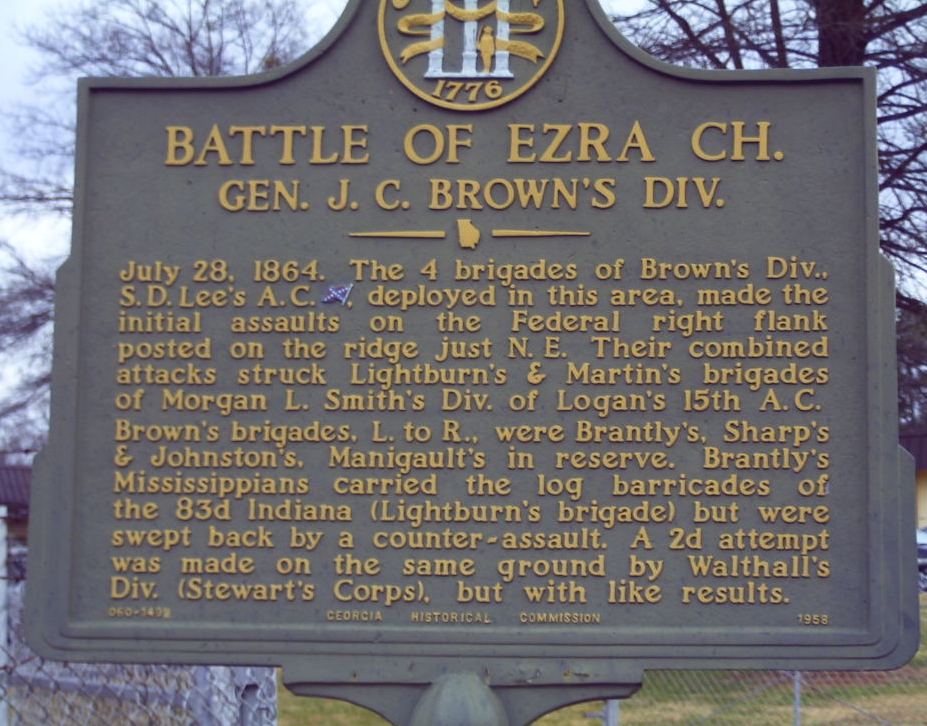 Before the battle, Major General Oliver Howard’s forces formed lines near a small Methodist church called Ezra Church, just west of Atlanta. When the Union Army started to move south towards Lick Skillet Rd they began encountering resistance from Confederate forces. Bombardment from Confederate cannons began as General Sherman approached. Howard then ordered his troops to erect barricades from rails, logs, church pews. The Confederates continued to fire on the Union forces from the surrounding forest, forcing many of them to lie behind their improvised parapets.

Lieutenant General Lee attempted to force the Union forces out into the open by pushing them from their fortified positions. The Confederates assault failed twice, and they were forced to withdraw once more. The next attack of Confederate forces against Union entrenchments saw heavy fire where the Union forces fired back “shot for shot, and then some.”

Castrel, Albert. Decision In The West, The Atlanta Campaign of 1864. Lawrence: University of Kansas, 1992

Hess, Earl. The Battle of Ezra Church and the struggle for Atlanta. Chapel Hill: The University of North Carolina Press, 2015.