Confederate Park is a historical park located in Fort Mill, South Carolina, a town that is rich in Civil War history. The foundation of the park was given to the town in 1891 after being donated by Captain Samuel White. This park is unique for its collection of monuments that honor diverse groups of Southerners rather than honoring the Confederate Generals, however, some of these monuments attempt to erase the history and agency of these individuals with caricatures of Native peoples and slaves who actively supported the Confederacy. For example, monuments such as the "faithful slave" monument at Fort Hill have a troubling history as they seek to uphold the myth that most slaves were so well-treated by their masters that they defended the Confederacy. In reality, most enslaved people were caught in a difficult position but when given the freedom to choose, they welcomed the Emancipation Proclamation and actively sought to aid Northern troops. The park also contains a monument to honor members of the Catawba tribe who fought against the United States for their own reasons rather than to support and defend the Confederacy.

The plaque inscribed with the history of the park's establishment. 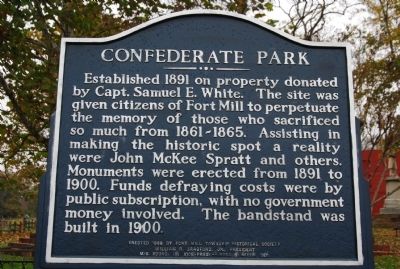 The Women of the Confederacy Monument, depicting a southern woman dropping her flag and looking to heaven to pray as the war comes to an end. 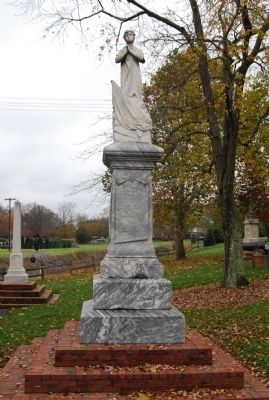 The Faithful Slaves Monument, a white granite obelisk honoring the African American slaves who remained loyal to the Confederacy. 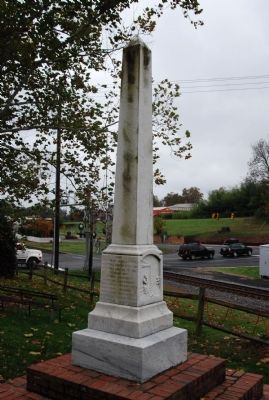 The Catawba Indian Memorial, depicting a Catawba brave and the names of many of Catawba Indians who contributed to the Confederacy. The brave once wielded a bow and arrow, but was damaged in a storm and never repaired. 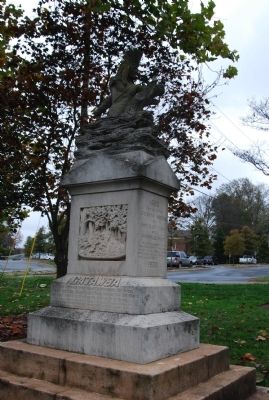 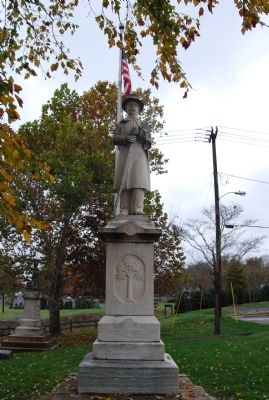 The first monument to be added to the park was the Women of the Confederacy Monument in 1895. There is a praying woman atop it made of white marble and chiseled in Italy. This woman sits on a clouded marble pedestal over tiered brick. The story of the woman is that she lowered her flag and began praying as the war began to come to an end.

The second monument added was the "Faithful Slaves Monument" which attempted to erase the history of the actions and agency of former slaves who opposed slavery by presenting enslaved people as "loyal" to their masters. This monument is a 13-foot obelisk built out of white marble and lists the names of several African American slaves "supporting" the southern Confederacy. The monument was funded by groups including the United Daughters of the Confederacy and Sons of Confederate Veterans. These groups created several similar "faithful slave" monuments as a way of reinforcing the idea that the slaves during the Civil War openly accepted their fate as slaves. This idea was intended to justify the Confederate views from the time period, using the loyal slaves as martyrs for their point.

The third monument added would be the Catawba Indian Monument, revealed on May 10, 1900. When unveiled, the monument featured a Native American wielding a bow and arrow. During a storm in the middle of the 20th century, a storm knocked down an oak branch, damaging the statue and removing the arms of the Native American as well as his bow and arrow. Inscribed in the pedestal beneath the figure, are the names of many of the Catawba who fought against the Union (rather than for the Confederacy).