The first U.S. military post west of the Missouri River was built due to the suggestion of Lewis and Clark expedition. The expedition held its first council with Native Americans near the site of Fort Atkinson in 1804. It was built in 1820 after a particularly harsh winter. They were constructed to help offset some of the foreign influences being established in the area. It also was a great asset in assisting with the fur trade. As the first military post in Nebraska, Fort Atkinson became the first town in Nebraska. It was home to over a thousand officers and troops. It also was the home of the first library and school in what would become Nebraska. Fort Atkinson was abandoned in 1827. Closure was due to the army reallocating its southwestern resources. Upon abandonment, Fort Atkinson was allowed to fall into disrepair, and eventually disappeared from the landscape. However, in 1963 a fundraising effort was initiated. Researcher discovered the exact location of the original fort, and excavation then took place to recover original artifacts. Successful fundraising yielded the beginning of a reconstructed Fort Atkinson in 1978. Fort Atkinson is now an example of living history. Volunteers reenact the way life was at Fort Atkinson in the 1820s. They utilize period cook books and smoke meat to provide a look at life in the fort during this time. Reconstructed Fort Atkinson is open throughout the year, but the living history demonstrations are monthly from May to October. 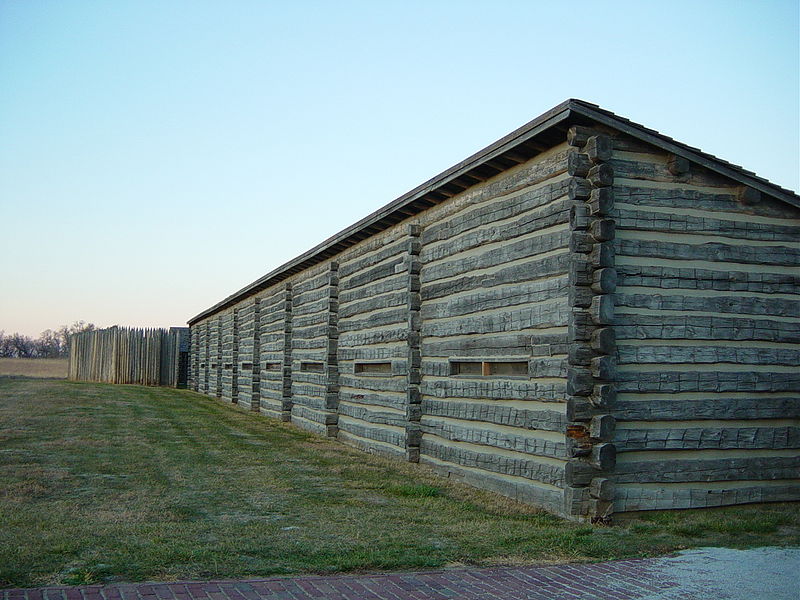