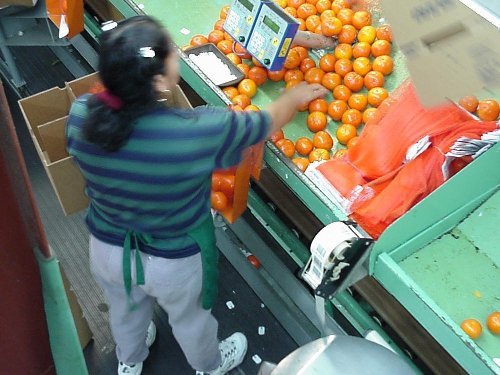 The lack of vitamin C was a cause that individuals knew to become as “scurvy”, people afflicted with this would become weak and experience joint pain; Black and blue marks, raised red spots around on skin, all these became apparent on the body after above five months on a diet that was deficient in Vitamin C; which also could cause gums in mouth to hemorrhage and tissue is weak and spongy; dentin breaks down, teeth loosen, which causes pain and difficult in eating. At one time the British navy demanded that citrus be on every ship and soon all British sailors became known as “limeys”. (Lamb, 2011).

Since then citrus has been the part of the diet of most humans, due to the benefits. Those benefits are boost immunity, good for skin, good for eyes, prevents heart disease, helps in brain development, prevents cancer, some say prevent stomach ulcers, great for diabetics and may even help with hair loss. So, with all that why wouldn’t we want to have some citrus daily.

The connections between past and present is that in 1493 Columbus brought oranges to American from the island of Hispaniola. (Florida Citrus Mutual, n.d.).  The English word “orange” derives from the French “or”, meaning gold. From the seventeenth and eighteenth century in Europe the orange was a novelty and restricted only to the royalty. (Hamilton, 2009)( pg. 5).  The history of the citrus orange is so interesting that it takes 5 to 6 years before a tree begins to produce commercially. (Hamilton, 2009)(pg. 8).

The Florida highways use to be lined with Florida orange trees for miles and miles. Unfortunately, over the years with the state becoming more of a tourist state most of the land and been sold and those who had a small grove and was impacted by any hurricane devastation or diseased harvest, either sold or abandoned their land. This gave the government opportunity to allow developers to come in and make room for those tourists and the retirees. (Hamilton, 2009)(pg. 3).

It is roughly around 95% of the Florida oranges are processed into juice. (Barnett, 2003, March). The innovation of frozen concentration to aid the Allied effort during World War II and the skyrocketing demand toward the end of the century for refrigerated single-strength juice revolutionized citriculture. Growers harvested 244 million crates of oranges in 1998, with only 5 percent of that fruit consumed fresh. Big Citrus had gone liquid. (Davis, 2013).

Florida is still the second only to Brazil in orange production, even with the rapid decline here. Currently there are about 569,000 acres of citrus groves and more than 74 million citrus trees, most are grown in the southern two-thirds of Florida peninsula. (Visit Florida). Today, Florida’s industry is concentrated around Lake Okeechobee. Hendry County has become the state’s top citrus-producing county, followed by Polk. The United States produces citrus in Florida, California, Arizona and Texas. (Townsend).  There are about 40 citrus packinghouses and 20 citrus processing plants in Florida. Nearly 76,000 Floridians work in the citrus industry and it generates close to $1 billion in tax revenues helping support schools, highways, and healthcare services. The productions of citrus grown in Florida is across over 31 counties and creates a $9 billon-a-year impact on Florida’s economy. Haines City Citrus Growers is the second oldest citrus co-operative in Florida and the fifth largest packing operation in the state of Florida. Florida Citrus is typically 25% heavier than other citrus grown outside of the state of Florida, a result of thinner peels combined with more juice. (Chilton, n.d.).

Okay so do you ever think of something that produces oxygen? Well research shows that for every acre of mature trees, 16.7 tons of oxygen is produced per year.  (Visit Florida). Well I say it’s time to find a grove in Florida and go visit and buy some fresh Florida grown oranges and other fresh fruits. You may even choose to take a tour and hand pick your very own orange or grapefruit, or any other fresh fruit these many citrus groves may have on hand. Will the millions of citrus trees here in Florida I know you will enjoy the opportunity to see the hard work and dedication of the thousands of individuals who have made having a glass of OJ in the morning worth it, or for some of us a wonderful glass of Mimosa!  http://www.visitflorida.com/en-us/eat-drink/florida-orange-citrus-grove-tours.html