Barton Academy was named for Willoughby Barton, an Alabama state legislator from Mobile. Barton introduced an act that created the Board of School Commissioners of Mobile County on January 10, 1826 which was the first education board in Alabama. This school was completed in 1836 and is the oldest public school building in the state of Alabama. The building is presently on the state's list of threatened historical landmarks due to its condition and the funds required to preserve the historic building. 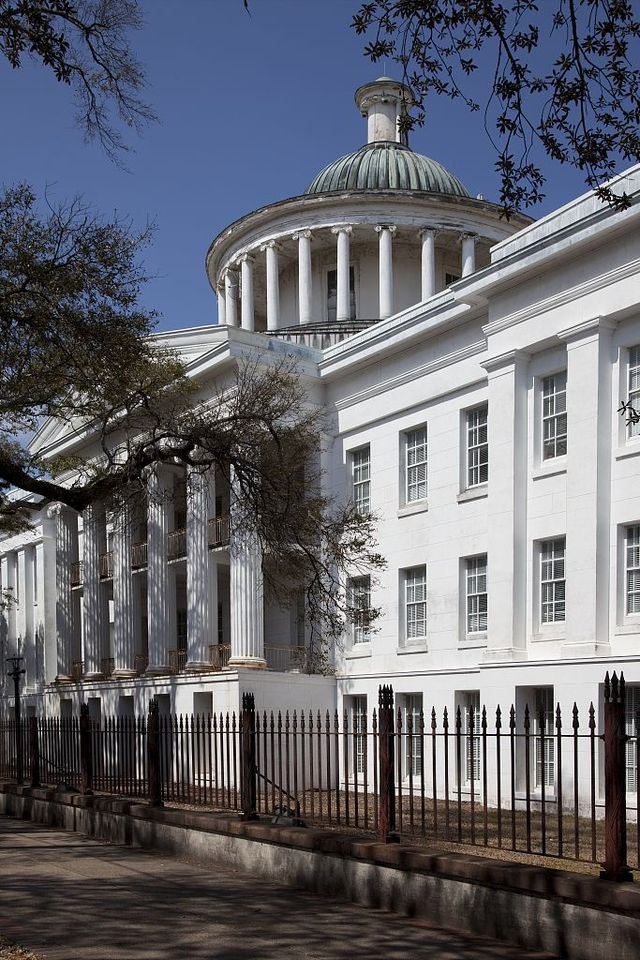 Construction began for the Academy on February 13, 1836 and the architect overseeing the project was Charles Dakin. Before the project began, lack of funding would stall progress until the Alabama state legislature passed an act that allowed commissioners to raise the money needed through a lottery. The building committee for the building raised $50,000 through that lottery and got a municipal loan of $15,000. They even got a donation from a millionaire apart of the building committee named Henry Hitchcock. The building was fully constructed, despite some difficulties, in January 1839.

The Board of School Commissioners of Mobile County would allow Barton Academy to be used for private and denominational schooling. The state legislature even passed an act in 1846 that stated that taxes could be collected for the creation of a free Methodist school. The commission tried pushing for an act that would allow them to sell the building for maintenance purposes, but it was rejected by voters on the ballot. A new school board was elected as well and they completely reorganized the school system as apart of their first actions. Barton Academy officially opened up as a public school in 1852, but closed down for the first time for the duration of the American Civil War to be used as a hospital for Union soldiers.

The Academy had two high schools, one for girls and one for boys, that both opened back up separately afterwards. The Girls High School reopened in 1865 while the Boys High School did not open back up until 1870. Both would continue to be hosted at Barton until Murphy High School opened up in 1926. The Academy continued as a public school until the 1960’s when it would be converted into the Central Office for the Mobile County Public School System. The school would be placed on the National Registrar of Historical Places in 1970.