Located in York, Pennsylvania, the Colonial Complex is a collection of four historic buildings that served various purposes during the colonial, pre and post-Revolutionary periods. The Gates House and attached Golden Plough Tavern have always been at this site, while the original Barnett Bobb House was transported there in 1968. Lastly, the Colonial Courthouse is a 1976 reproduction of the original that was once locate at York’s center square. The complex is operated by the York County History Center and is open for guided tours throughout the year. The Gates House and Golden Plough Tavern were added to the National Register of Historic Places in 1971 and the Barnett Bobb House was added in 1975.

The Golden Plough Tavern (left) and the Gates House were constructed in the mid-18th century. That's a statue of the Marquis De Lafayette in the foreground. 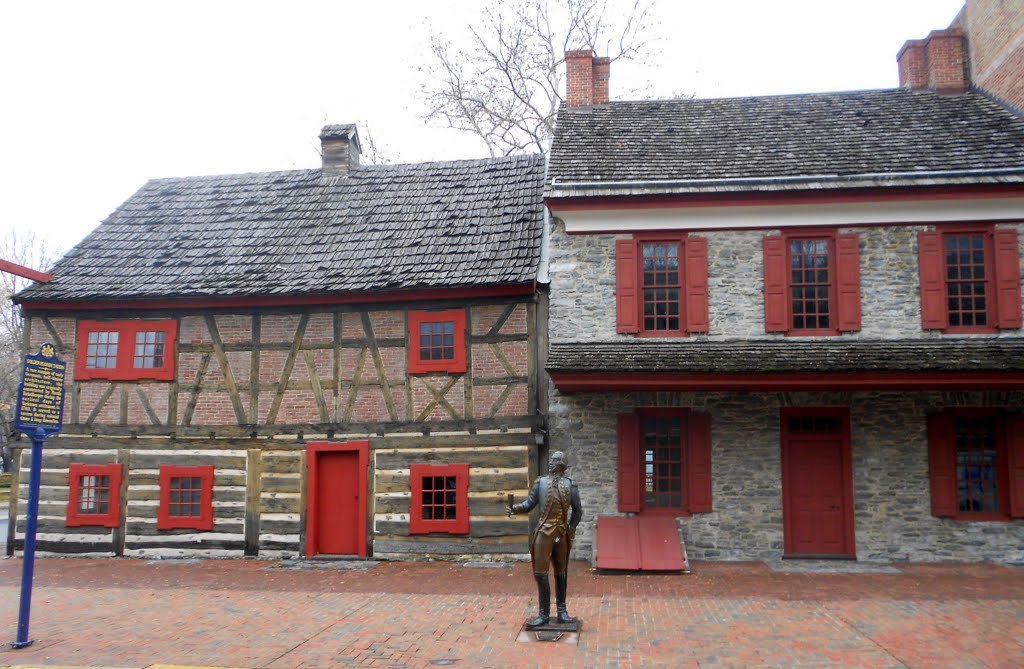 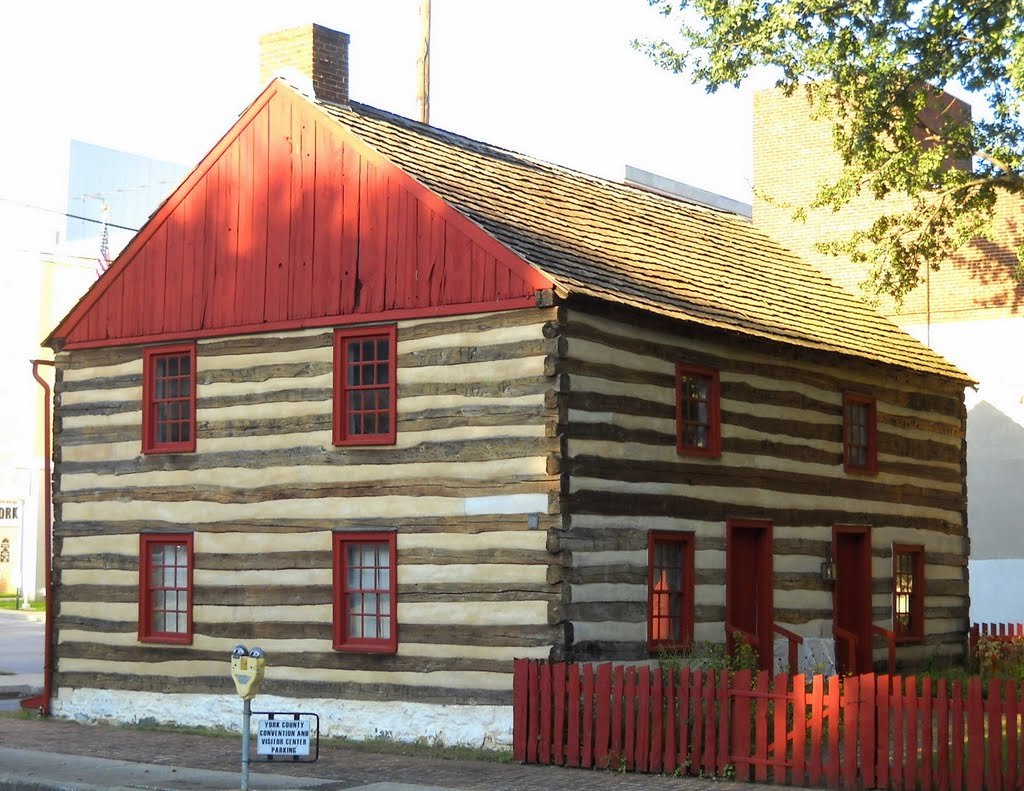 This 1976 reproduction of York's Colonial Courthouse serves to now educate the public about the city's significant role in the beginnings of the United States. 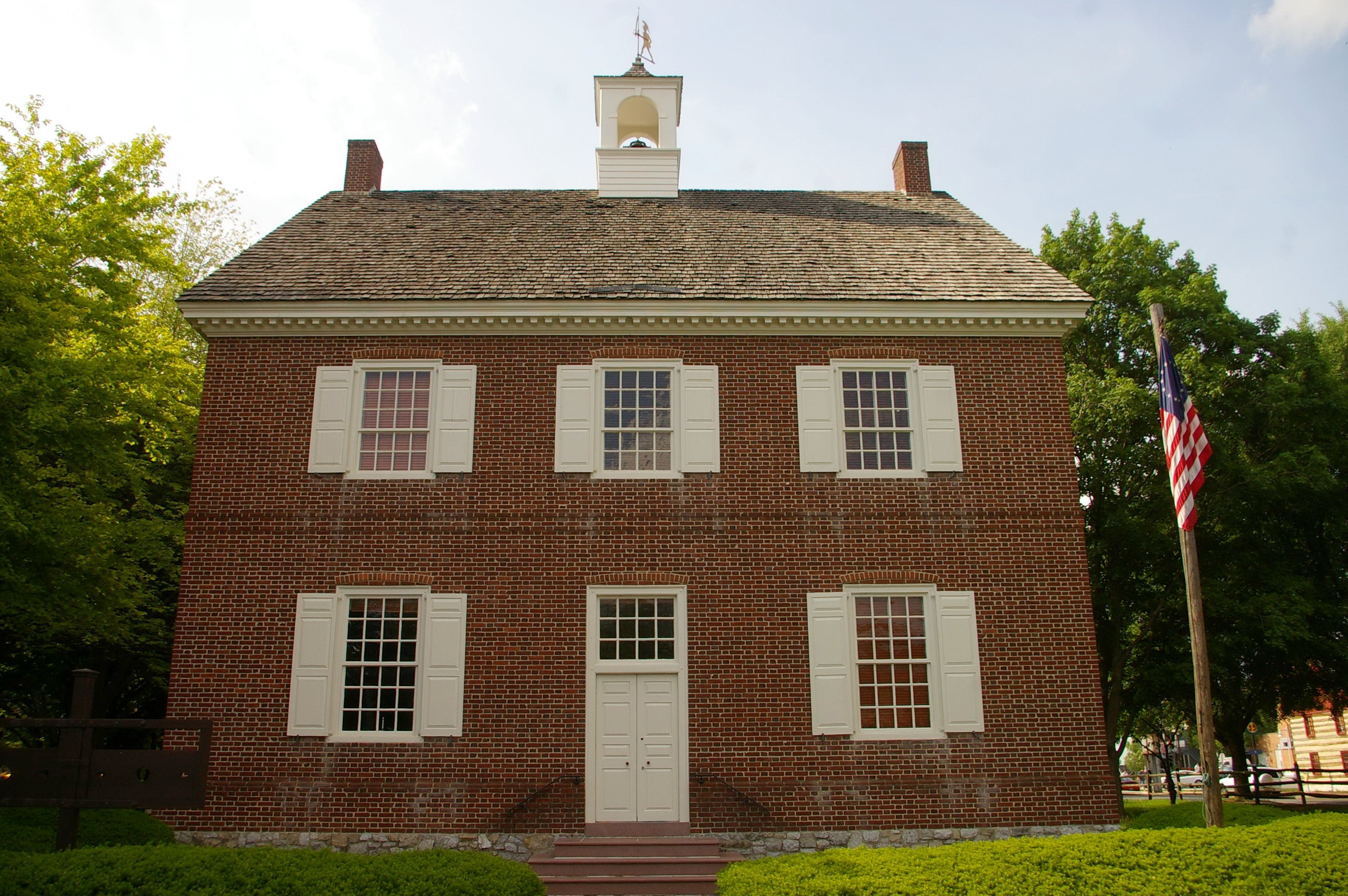 The dining area within the General Gates House. 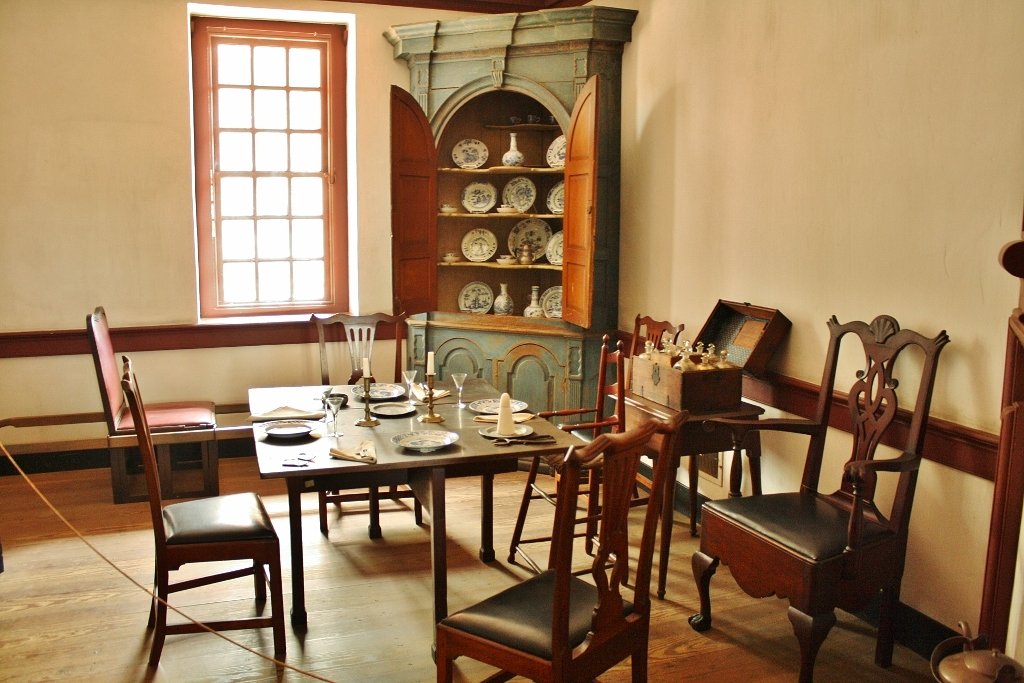 The common dining room in the Golden Plough. 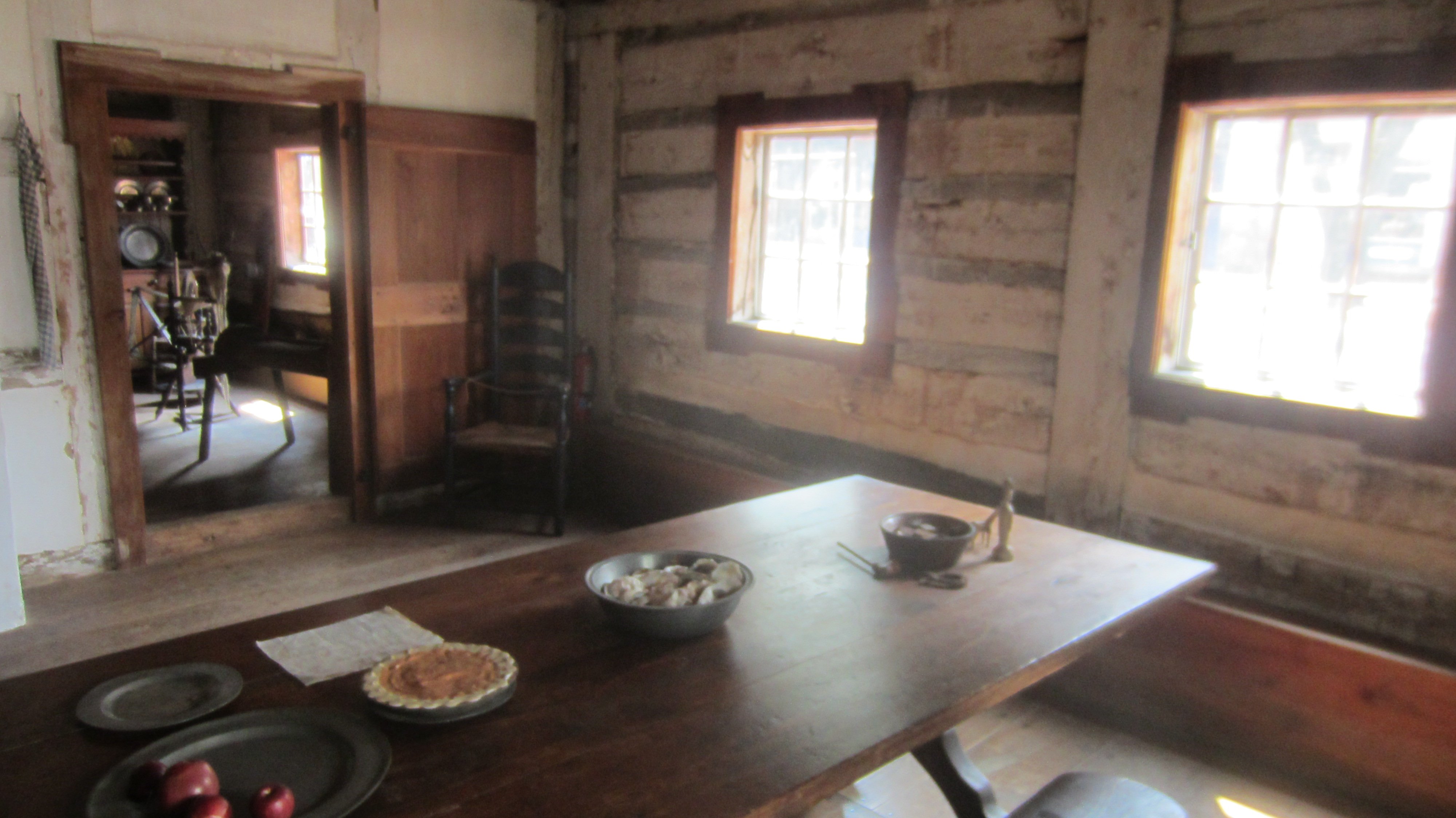 The single-story home that would become the Golden Plough Tavern was constructed in 1741 by Martin Eichelberger.  That single floor has a unique timber framing and log construction in which the walls are framed with the space between the posts infilled with hewn beams and the gaps are chinked with stones and mud.  The second-floor walls are half-timbered with brick nog (fill) between the timbers and wattle (wooden strips) and daubed with a viscous material, usually a combination of soil, clay, sand, animal dung and straw.  This 6,000-year old technique is rare in America as is the building’s liegender stuhl (lying chair) trusses that comprise the roof.  The tavern was essential to the community of York as it served as an inn, restaurant, meeting place and source of news from far away places like Philadelphia.

The 2.5-story Gates House was built c.1751 by Joseph Chambers who later became the second owner of the Golden Plough.  The brick and limestone home was constructed in the Georgian architectural style and was home to Revolutionary War officer General Horatio Gates from September of 1777 to June of 1778 while the fledgling U.S. government was located in York.  The government relocated from Philadelphia to York after the defeat of the Continental Army at Brandywine.  While there, Gates served as the President of the Board of War to the Second Continental Congress, a position similar to today’s Secretary of Defense.  There is some evidence that the Marquis De Lafayette visited either the Congress, Gates or both while they were in York.  Today the house is used as a period museum to show how a well-to-do family lived during the late 18th century.

On the other hand, the Barrett Bobb House reveals how a family of more modest means lived.  The unique two-story log cabin with dovetailed corners was built in 1811-1812.  Bobb utilized squared-off logs with stone and mortar chinking between.  It was originally located at the corner of Pershing and College Avenues and moved to occupy land closer to the Gates House and Golden Plough in 1968.  The first floor contains four rooms and a small hallway while the second floor has an open floor plan.  It is believed, for a time, that the house was occupied by two families.  It is now furnished and decorated in a style typical of an 1830s German-American home.

The reproduced Colonial Courthouse, built in 1976 to help celebrate the country’s Bicentennial, is a replica of the original which was built in 1756 and razed in 1841.  While the Second Continental Congress was located at York it met in the Colonial Courthouse and passed the Articles of Confederation, the country’s first guiding document, as well as a treaty of alliance with France.  All four buildings are on the Colonial Complex’s guided tour.