From 1848 to 1880, the Oneida Community was a haven for free-thinking individuals who felt stifled by mainstream society. The community was formed at a time when upstate New York was a center of unusual activity--reformers, new religious denominations, and utopian communities proliferated. The Oneida Community was one of the longest-lasting of such communities, and its mansion is listed on the National Register of Historic Places. 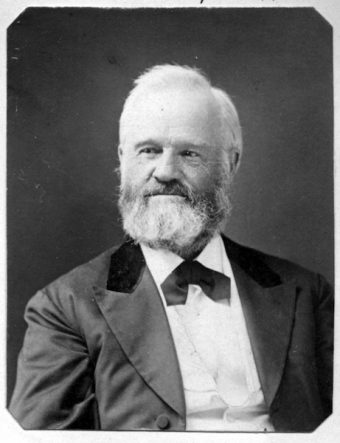 For a time in the mid-1800s, upstate New York was a hotbed of religious and reforming activity. While reformers focused on attempting to improve or even perfect society, others withdrew from mainstream society into utopian communities. Many such communities formed and most quickly fell apart, making little to no impact on society. One of the most controversial and long-lasting utopian experiment was the Oneida Community.

Oneida was founded in 1848 by John Humphrey Noyes. The community's members--who referred to themselves as "Bible Communists"--believed in hard work, communal living, and "complex marriage," in which all members were married to each other. The Oneidans believed that monogamy was outdated and that it was more in keeping with Christian teachings for all adults to love each other than to simply try to possess another person through traditional marriage.

Not only did the Oneida community have novel ideas regarding sexuality, they also had innovative ideas concerning birth control. Male members of the community were trained to practice "male continence," which resulted in far fewer pregnancies than was typical among Victorian women.

Many of the utopian communities formed in the mid-1800s had short life-spans. The Oneida Community was unusual in its longevity, which was due in part to the group's work ethic. Over their long life, the Oneida Community produced steel traps, silk thread, and silverware; they invented numerous products, including the lazy Susan, and opened the home to tourists. Though the community eventually disbanded, the silverware company they started, Oneida, Ltd., is alive and well.

Internal disputes regarding Noyes's leadership led the group to disband in 1880. The mansion--built and owned jointly by the community--was closed to the public for many years. In 1965, the property was listed on the National Register of Historic Places and now functions as a museum and a bed-and-breakfast, giving visitors the unusual opportunity to spend a night or two in a museum.