Though this building is no longer being used, the Missouri Valley Trust Co. is what is left of the early commercial center in St. Joseph MO. Originally the Missouri Valley Trust Co. was called the Bank of the State of Missouri. The commercial area in which the bank was located was fueled by people coming into St. Joseph as they moved westward. The bank boasts the title of the oldest bank in St. Joseph, as well as the oldest west of the Mississippi. 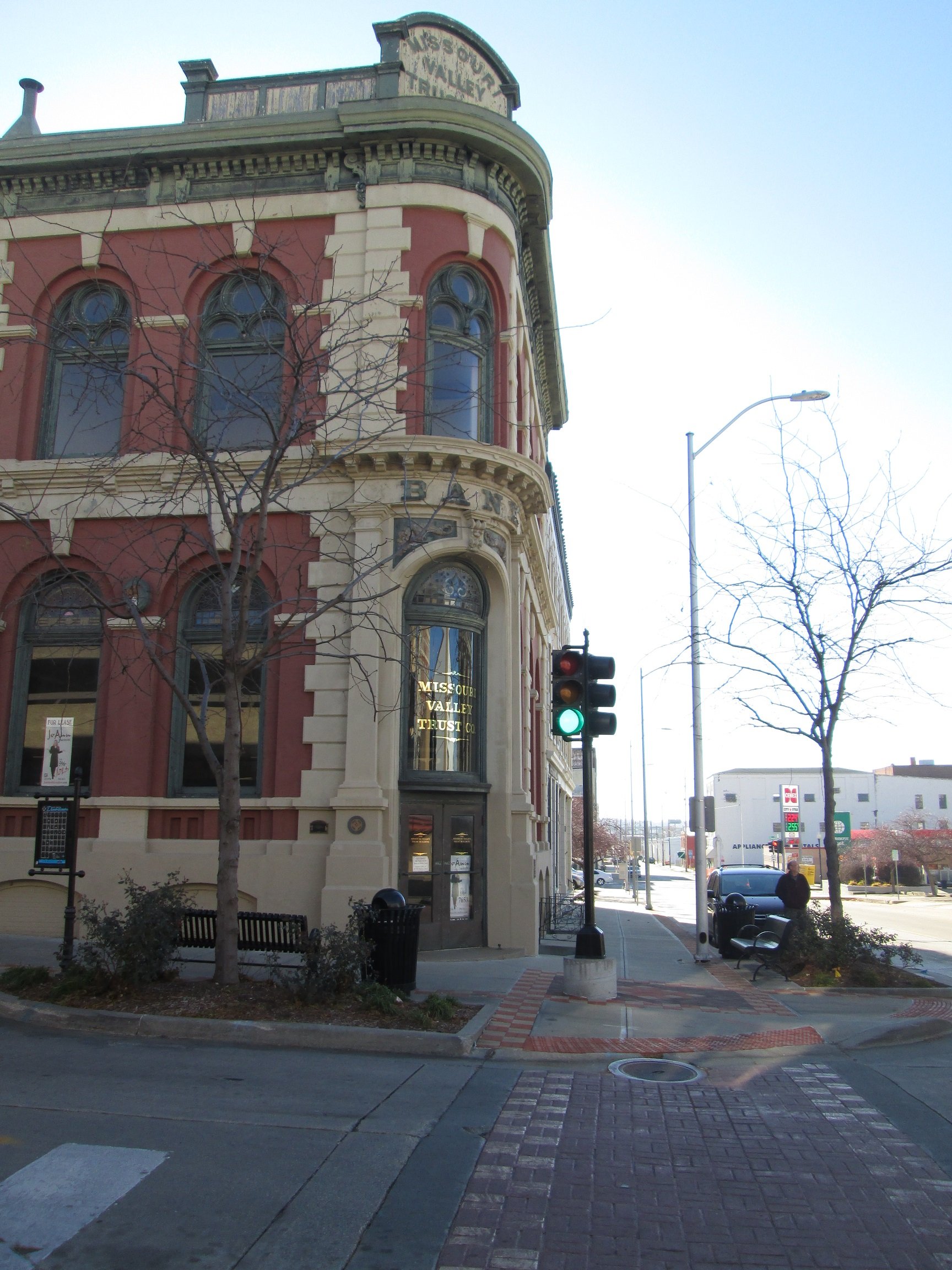 Originally the Bank of the State of Missouri, The Missouri Valley Trust Company is what is left of the early commercial area of St. Joseph, Missouri.1  Though the building is no longer occupied, it was meant to be the center of commercial activity for the city when it was built in 1859. It is believed to be the oldest bank west of the Mississippi and the oldest trust company in St. Joseph.2

St. Joseph was a vital jumping-off spot for those heading west. It generated a lot of business as people arrived by train and prepared to migrate west across the United States. The commercial area where the trust company was located was the seat of business activity sparked by this western migration. Not only was this bank the oldest west of the Mississippi, it also played an important financial role in people moving west.