This seven-story building was completed in 1892 for the John D. Richardson Dry Goods Company, a firm operated by ohn D. Richardson and his partner John Brittain. The company produced and sold goods throughout the region and experienced growth at the turn-of-the century that lasted until the late 1920s. The company went out of business in the 1930s and the building later became home to the American Electric Company.

This seven-story Richardsonian Romanesque was designed by Emond Eckel, a leading Missouri architect. 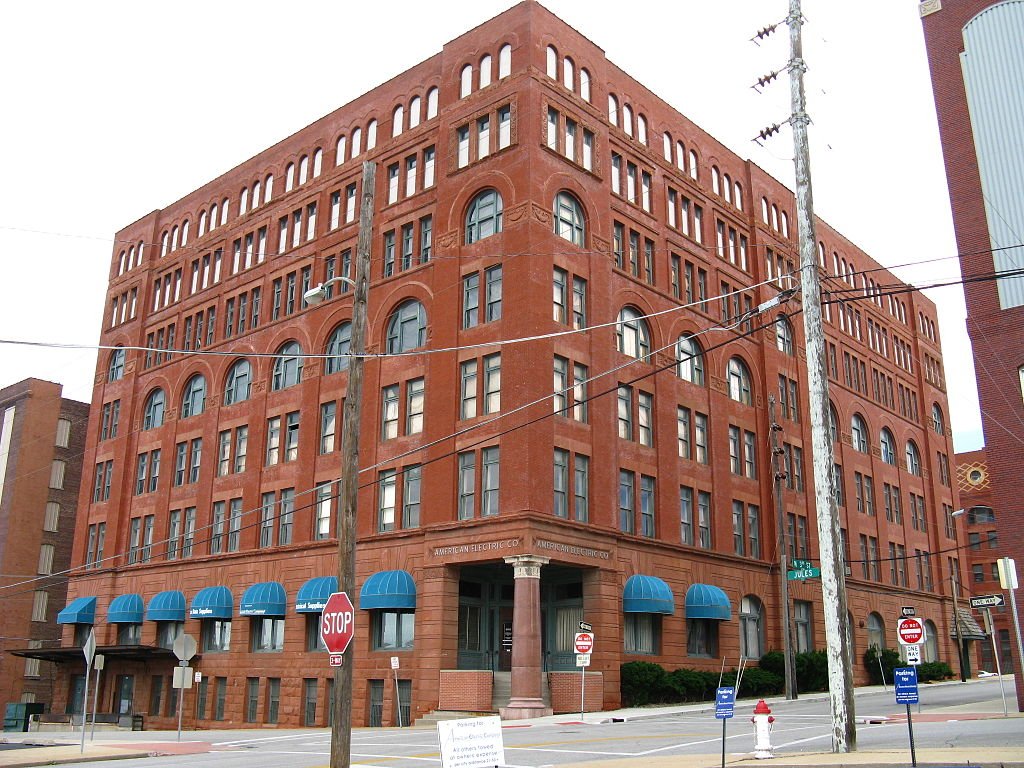 John Richardson was born in Maryland in 1847 and moved to St. Joseph in 1870 to take a position with the railroad. In the early 1880s, he partnered with John Brittain and became a wholesaler of dry goods. Until the company went out of business in the Great Depression, this building would have been full of food, spices, tobacco, coffee beans, and other items.