This historic church and its accompanying buildings—the rectory, carriage house, convent, and school—were constructed in the early 20th century. The church was completed in 1906. It was designed in the Romanesque Revival style, as were the other buildings. The stone came from the construction of the nearby hydraulic canal. The parish itself was formed in 1901 as the Holy Trinity Society. The school was built in 1914 and operated until 1974. The entire complex of buildings is listed on the National Register of Historic Places in 2010. 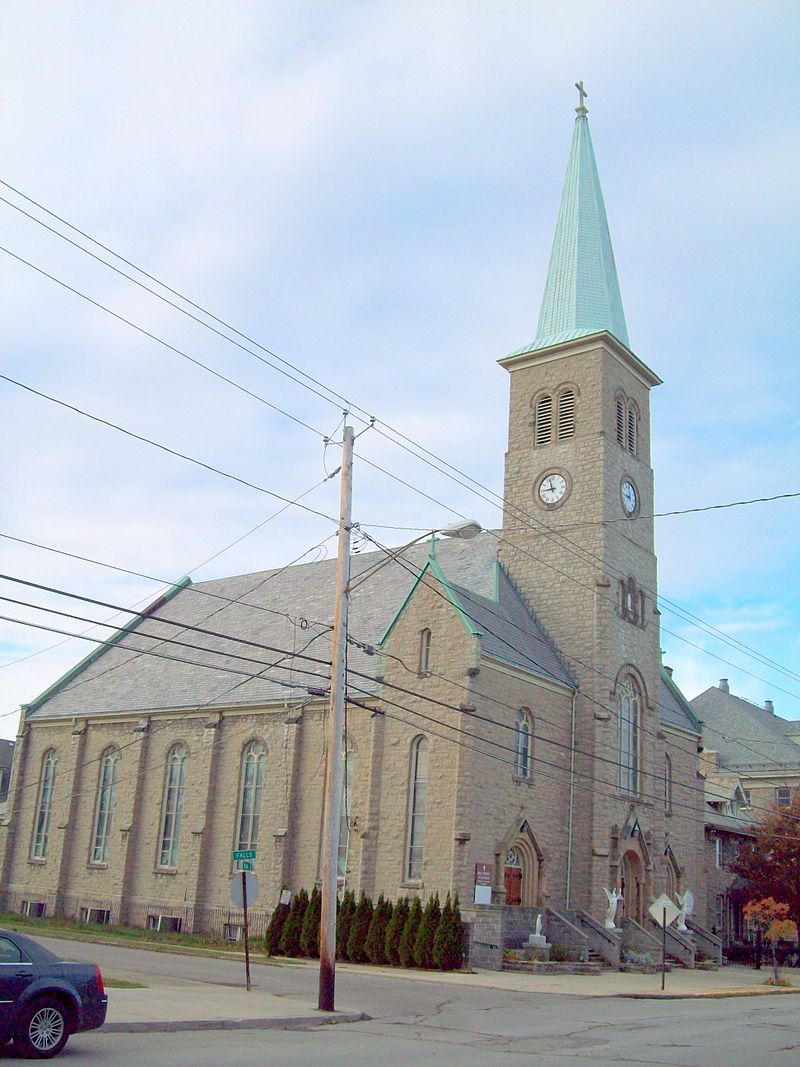