The modern-day Salt Palace is the third version of the building that carries that name. The first arose in 1899, three years after Utah became the 45th state. Known for it salt blocks, electric lights, wonderful gardens, ballroom dancing, and professional bicycle racing track, it burnt down in 1910. The 2nd Palace hosted professional sports teams, notably the Utah Jazz of the National Basketball Association and, finally, the modern building -- an expansive convention and city center -- arrived in time to serve as the media center for the 2002 Winter Olympics. 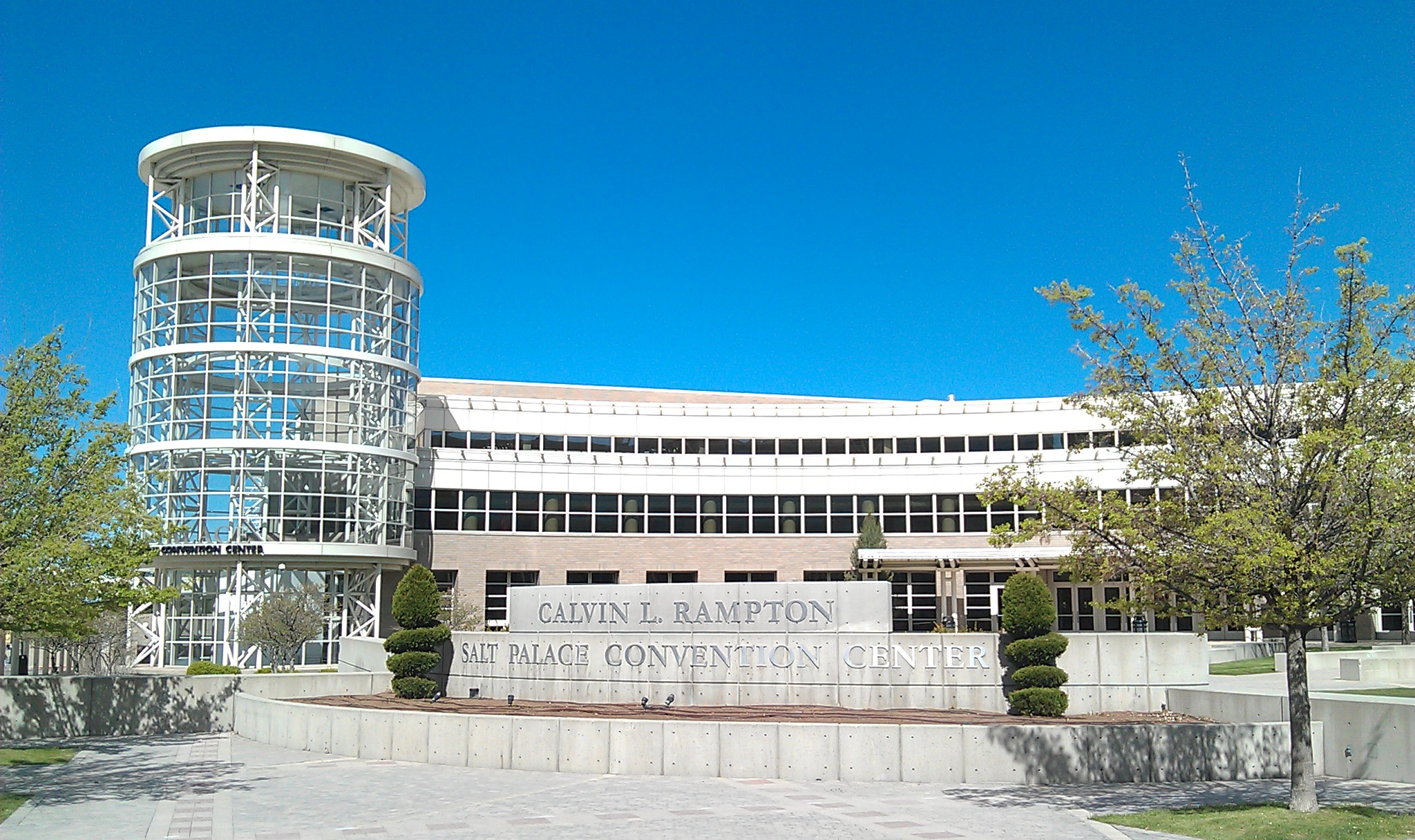 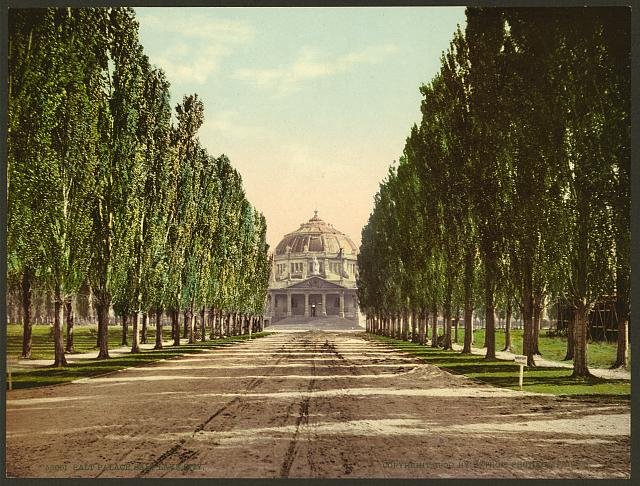 The current Salt Palace is the third such building to enjoy the "Salt Palace," name, with the last two holding Olympic ties. The first version arose in 1899 with an exterior that included sprayed-on salt crystals that reflected the sun. It operated as a theater and dance hall until it burnt down in 1910. The second Salt Palace, a sports arena built in a new location, arrived in 1969 when the town tried to secure the bid for the 1972 Winter Olympics (which they were unable to accomplish). The arena primarily served as the home to the Utah Jazz, a professional basketball team. The third and current version of the Salt Palace  -- built in the same location as the arena -- emerged in 1995 as an expansive (515,000 square feet) convention and community center, which functioned as the Olympic Media Center during the 2002 Winter Olympics.

The name pays homage to the original Salt Palace, then touted as the "The Grandest Amusement Enterprise Ever Attempted in the Intermountain Region."  Opened only three years after Utah had become a state, it was adorned with electric lights and numerous gardens, ponds, and trees. Salt blocks and salt spray helped the building glisten during the day, and supported its Salt Palace name.

Fancy parties and ballroom dancing regularly occurred at the original palace, but spectators also flocked to the palace to watch high-speed (somewhat dangerous), professional bicycle races; many records were set at the track. Indeed, many (or all) of the bicyclists living near the Palace attempted to save the building and help put out the fire in 1910, to no avail.

The bicycle path suffered little damage during the fire, thus continued operations for a few more years. The construction of a pavilion that also allowed for ice skating and other activities arose in the ashes of the Salt Palaces. However, another fire ruined the bike track effectively ending any ties to the 1899 palace.

Unbeknownst to those who enjoyed the original structure, that sporting theme would remain with the Salt Palace throughout the twentieth, and into the twenty-first, century, from Olympic ties to professional basketball.

The latest Salt Palace officially goes by the name "Calvin L. Rampton Salt Palace Convention Center," named for the state's eleventh governor and the person with whom many deem the father of Salt Lake's convention and tourism business; the name officially changed in 2007.  While one will not find salt blocks or salt spray on the modern Salt Palace, it's well-regarded architecture includes plenty of features that glisten, notably because of the use of hollow structural steel and solar panes on the roof. Moreover, the panes have been show recently to provided more than 17% of the electricity used by the Palace.

In 2016, a Republican Presidential Debate had been scheduled to take place at the modern Salt Palace. However, it was canceled when the eventual president, Donald Trump, declined to attend, causing another candidate to also back out of the arranged debate.

Though the current building is not historic, by definition, the name and histories attached to the name connect people of today to many Salt Lake City eras, including when it first existed as a significant city in newly formed (45th) U.S. State.