Wyman Park Dell is a 16-acre public park that is a landmark in Baltimore City. Located south of Johns Hopkins University and The Baltimore Museum of Art, it is surrounded by two neighborhoods: Charles Village to the east and south, and Remington to the west. Wyman Park Dell is noted for its steep enclosing slopes and a large, sweeping lower lawn. It is one of the few parks in Baltimore fully conceived and designed by the Olmsted Brothers, the landscape architecture firm responsible for the City’s first comprehensive park system plan in 1904. 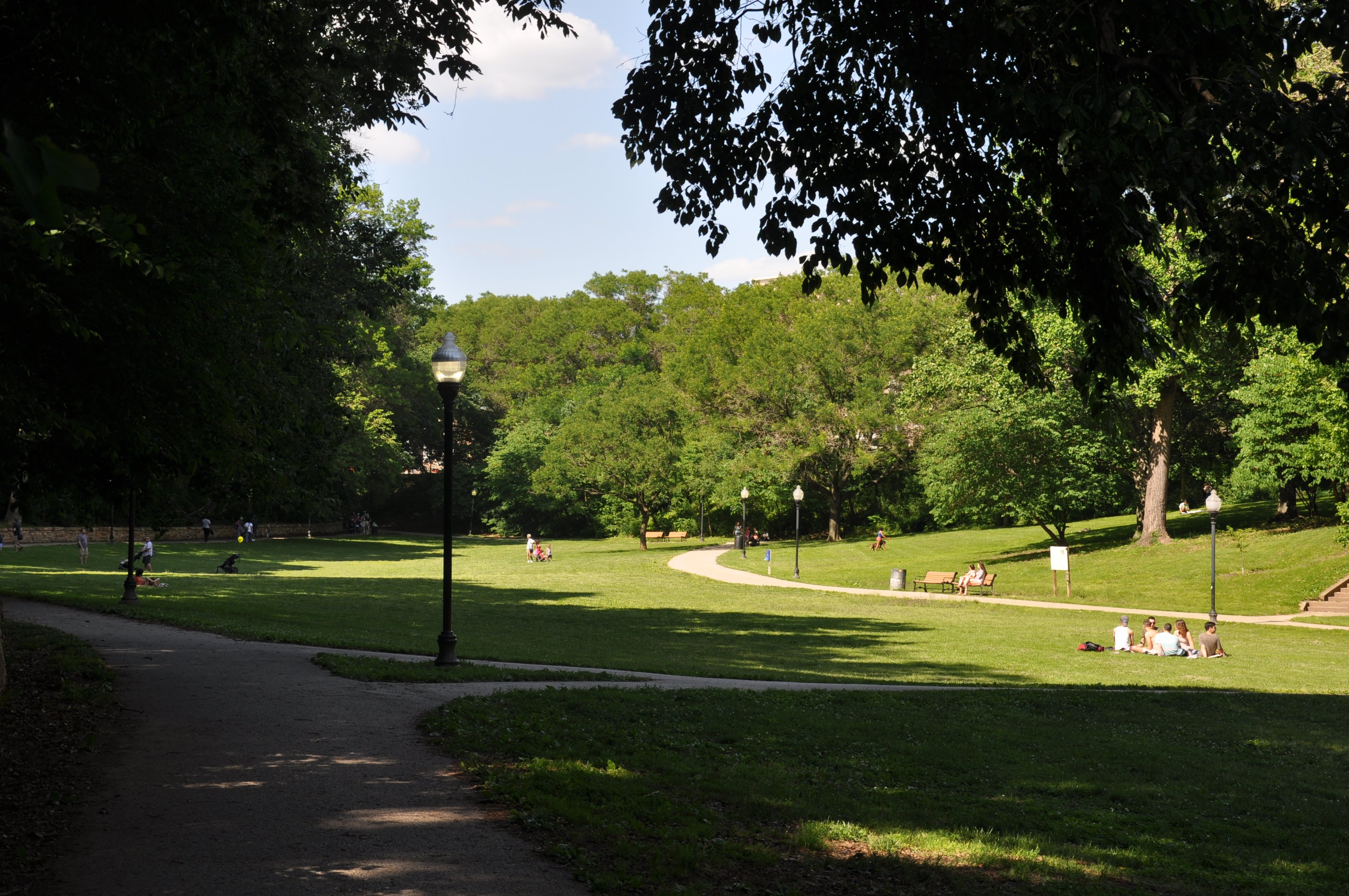 The Yippies! were famous for theatrical demonstrations through the medium of comedy to advance the interests of the counterculture movement. Among their most famous theatrics is the initiation of Smoke-Ins all over the country in the seventies as a response to anti-pot laws.
About four hundred people showed up here in April of 1978 to the First Annual Spiro Agnew Memorial Smoke-In at Wyman Park “protesting ant-pot laws in open defiance” of the law. (Whistler 9) Sponsored by the Yippies!, the protest involved music, speeches, and art as Towson University students smoked pre-rolled Columbian joints provided free of charge by the Yippies!. The Smoke-In demanded “an end to all marijuana laws, immediate freedom and retribution for all imprisoned, and a weekly stash for every year it was illegal.”(Whistler 9) Although there was heavy police presence with a helicopter circling Wyman Park, police followed a 'no-bust strategy' thus avoiding a confrontation between students and police. During the Yippies!’ famous smoke-ins, police would often not intervene because of the sheer number of participants. When hundreds of protesters are bunched together there was safety-in-numbers. (Weigant)