Rice-Eccles Stadium is the largest stadium in the city and was opened in 1927. The stadium was the site of the opening ceremony of the 2002 Winter Olympic Games Opening on February 8, 2002, as well as the closing ceremonies on February 24, 2002. The stadium is located on the campus of the University of Utah and is 4,637 feet above sea level. 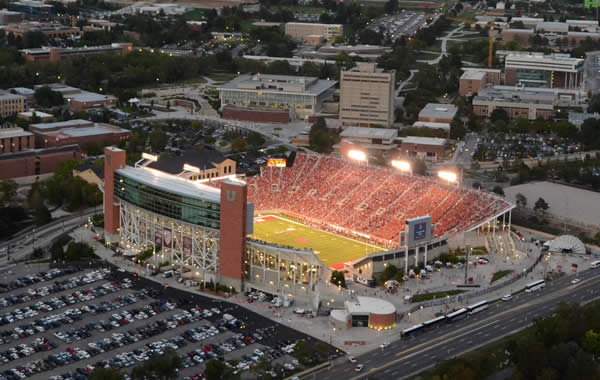 During the 2002 Winter Olympics the stadium served as the main stadium and temporary seats were brought in which brought the capacity to 50,000 spectators. An estimated 3.5 billion people worldwide watched the Opening and Closing Ceremonies on television. The Opening and Closing Ceremonies of the 2002 Winter Paralympics were also held in the stadium on March 7, 2002. After the last renovation, the stadium has 45, 807 seats and a six-story press box. In 2014 a row of bleachers has been added in the standing room areas on the East, West and North sections of the stadium.