Nestled in Asheville, North Carolina on the western edge of the Montford Historic District stands picturesque Highland Hall. Though time and reconstruction have wiped away the ravages of the past and the destruction left behind by the fire that stole the lives of nine women, the history still remains. Once serving as a sanatorium for the ailing and mentally ill, Highland Hospital is best remembered for being the final, tragic home of Zelda Fitzgerald. A plaque exists on the lawn of this Zilicoa residence, commemorating her life.

Highland Hall as it stands today. The residence, once owned by Duke University, no longer acts as a hospital or campus as it once did, but it has since served as a diagnostics center and currently stands empty. 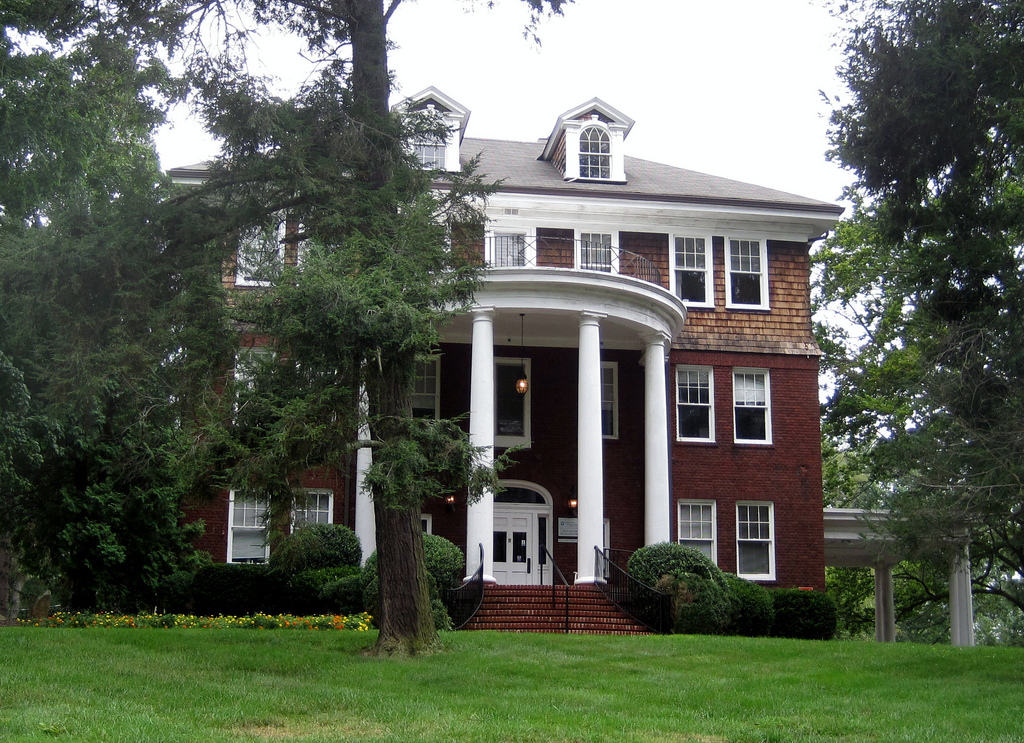 Photo depicting the tragic fire that took place on March 10, 1948. The fire claimed the lives of nine women including author, painter, and dancer Zelda Fitzgerald. 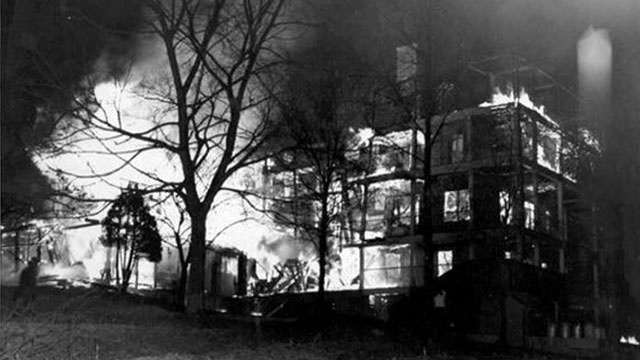 Plaque resting on the front lawn of Highland Hall. It stands as a memorial to Zelda Fitzgerald. 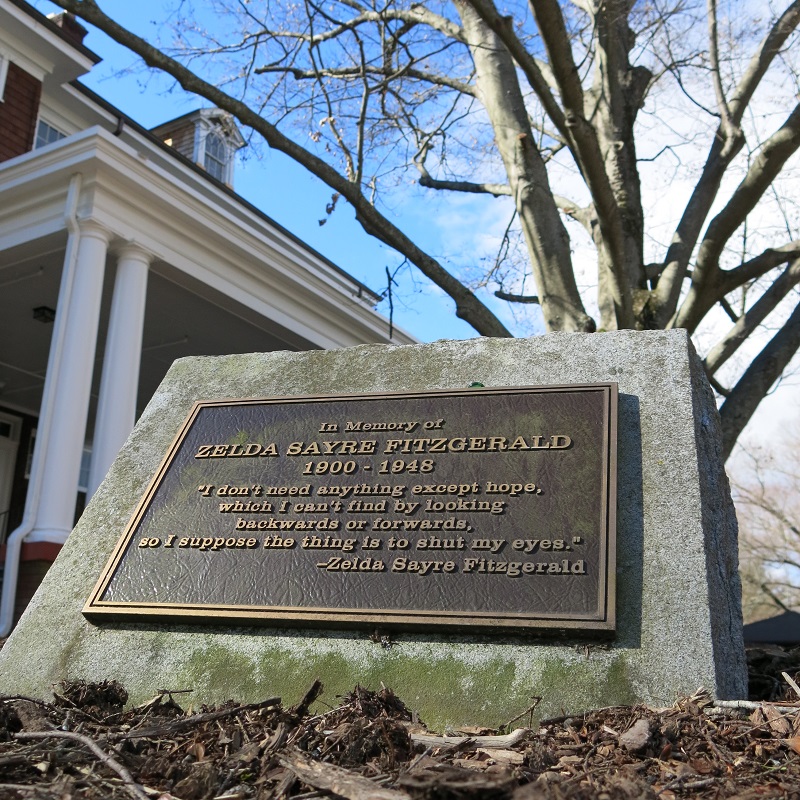 Photo dating back to the early 1900s depicting "Dr. Carroll's Sanatorium" as it stood in those first years of its incarnation. Established in 1909, he would later go on to change the name to Highland Hospital in 1912. 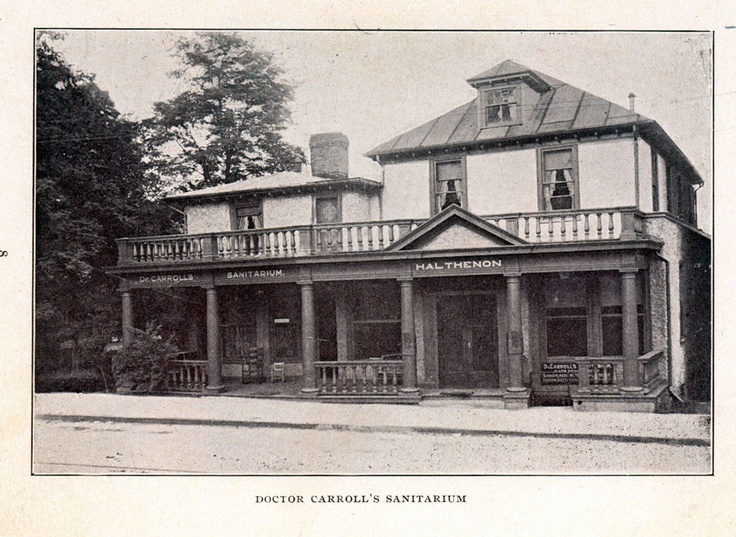 Dr. Robert S. Carroll first moved his 'Dr. Carroll's Sanatorium' to this Zillicoa location in 1909, later changing the name to Highland Hospital in 1912. A distinguished psychiatrist, Dr. Carroll was set apart from other contemporaries of his time by the methods he used to treat his patients in lieu of the horrific and abusive treatments that were considered a norm of the time. He believed in the use of such regimens as exercise, diet and occupational therapy to cure those suffering from mental illness and addiction, touting the merits of diversion and productive occupation on both body and mind. Nancy Milford, in her biography Zelda, had this to say about the prominent role of exercise:

“This was not hiking, nor was it supposed to be a particularly enjoyable exercise; it was to teach the disturbed to overcome obstacles by learning perseverance. A nurse who was at the hospital at the time said that the exercise ‘was to accustom the patient to the reality of endeavor, endless and routine. The monotonous plodding along of everyday life might be a sound analogy."

While considered tame and "compassionate" ideologies at the time, Dr. Carroll and his staff also practiced certain unusual and inhumane methods that would be frowned upon by today's standards. Not only was he instrumental in the "groundbreaking" introduction of electroshock therapy as a means of curing mental illness, but was also a proponent of the use of insulin injections and shots of horse blood administered directly to the spinal columnn. He also believed in the practice of hiring previous patients who he believed to be cured, resulting in many complicated issues such as biased or unfair treatment of patients by these one time patients turned staff and troublesome incidents created by staff who were not fully cured. There is still conjecture to this day that the tragic fire that Blackened Highland Hospital's legacy was started by such a staff member.

The hospital had seen many a famous face throughout its time in practice. While Patsy Cline and James Taylor both stayed beneath its roof, there is one starlet of the Lost Generation that outshone them both. Zelda Fitzgerald, wild socialite, and wife of F. Scott Fitzgerald first graced the doorsteps of Highland Hospital in 1936, staying until 1940 only to return again in 1943, 1946, and 1947. Suffering from what was perceived to be schizophrenia at the time, Zelda was housed on the top floors of the hospital where 'the worst of the worst' were kept in high-security rooms.

On March 10, 1948, a fire broke out in the hospitals central building where these precautionary measures to keep patients in their rooms would hinder the efforts of those in the fire department trying to save the lives of Zelda and eight other unfortunate women. Over the years there has been much said about who or what caused the fire that night. There are some who like to say that Zelda set it herself, which can easily be ruled out. There are others who claim that faulty wiring or a staff member with a firebug past are to blame. Whatever the case, the coroner's jury ruled that“’there was negligence, but not to the extent to be classed as culpable negligence[.]'”

Despite this tragedy, Highland Hospital continued to serve its patients for several more decades, ranging from treating the use of illicit drugs like marijuana and LSD to using therapy for those in the LGBTQ+ community. Duke University's Neuropsychiatric Department - which had originally bought the hospital from Carroll in 1939 while allowing him to stay on as the chief practitioner - finally sold the building in 1990 to Genova Diagnostics. It has passed through a few hands since then but currently stands unoccupied. While there is no marker or testament on the grounds to the lives of all the women lost during that fire a small plaque does exist in memory of Zelda Fitzgerald, featuring a quote from a letter to her husband.

"I don't need anything except hope, which I can't find by looking backwards or forwards, so I suppose the thing is to shut my eyes."