The history of the Beebe and Runyan Furniture offers insight about Omaha's post-1900 recovery. The building, constructed in 1913, was completed as Omaha was once again booming following the economic downturn of the late 1890s. Omaha enjoyed the fruits of its meatpacking, railroad and warehouse industries and concurrent population boom. The building is listed on the National Register of Historic Places and is now home to urban loft-style apartments.

The former factory is now home to loft-style apartments. 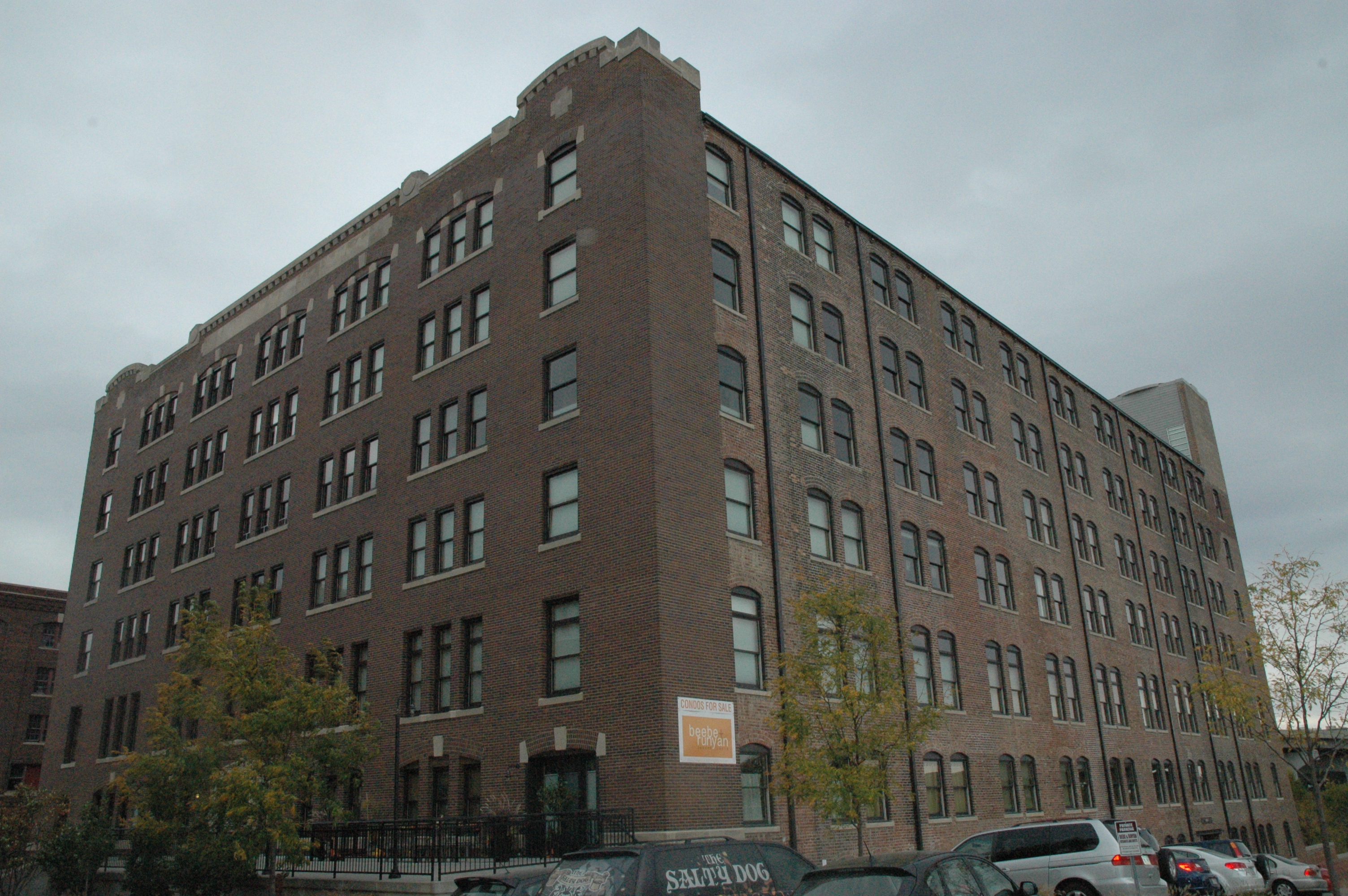 Constructed in 1913 for the Beebe and Runyan furniture company, the building functioned in that capacity until the early 1980s. Omaha's economic revival after the turn-of-the-century (1900) can partly be attributed to weather (and climate) more conducive to farming and ranching in the nearby Great Plains -- a reflection of a society that had chosen to commodify the soil by plowing under the former deep, drought-resistant grasses of the Plains in favor of crops. As such, as the weather went, so did much of the Great Plains' cities economic health.  However, the national economic Depression of the 1890s also played a significant role in the decline, and the arrival of the World's Fair (and more than two million people) in 1898 helped its recovery, which will be addressed again in a later paragraph).
The city's rapid growth during the 1860s, 1870s, and especially the 1880s (Omaha grew from 30,518 to 140,452, an increase of 360%. from 1880-1890), can partly be tied to engineering advances. Not only did the nation decide to bring the Trans-Continental Railroad to Omaha, but extensive efforts went into building a bridge over the Missouri River, which connected West to East over the Missouri River at Omaha. As a result, Omaha also enjoyed the construction of The Douglas Street Bridge, named after Stephan Douglas, which opened in 1888 and allowed streetcars to travel over the river.  In other words, the city already enjoyed some of the foundation necessary to grow once the economy recovered, which it did during the early years of the twentieth century; from 1900-1920, almost 80,000 new residents moved to Omaha, including many immigrants.
From a more pragmatic standpoint, the 1898 Trans-Mississippi Exposition helped convince businesses to invest in Omaha once again. Prior to the Depression in Omaha wholesale sales were recorded at $47.2 million whereas after the Depression the sales grew to $188 million by 1916. The construction of the Beebe and Runyan Furniture Warehouse occurred during the height of that renewed economic boom and it is the only one of that ilk that remains in that portion of downtown.
Today, the building functions as loft apartments and condominiums, which speaks to the economic transition of modern-day Omaha. Once industrial and tied to Omaha's meat-packing industries, the area now caters to residential and service-orientated businesses.