The Mount Hope Estate was once the center of the Grubb family’s iron operations, the beginnings of which can be traced back to the mid-18th century. At one time it included over 30 buildings, to include a prominent mansion which was built from 1800-1805 and later expanded and remodeled in 1895. Eventually, the estate and land were sold off, piece by piece, until what was left, to include the mansion, was purchased by Charles Romito in 1980. Romito quickly opened a winery which began operating again in 2015. Romito also operated a jousting competition at the property which now hosts the popular Pennsylvania Renaissance Faire over 12 weekends every summer. The Mount Hope Estate was added to the National Register of Historic Places in 1980 the boundary of which was extended in 1991. 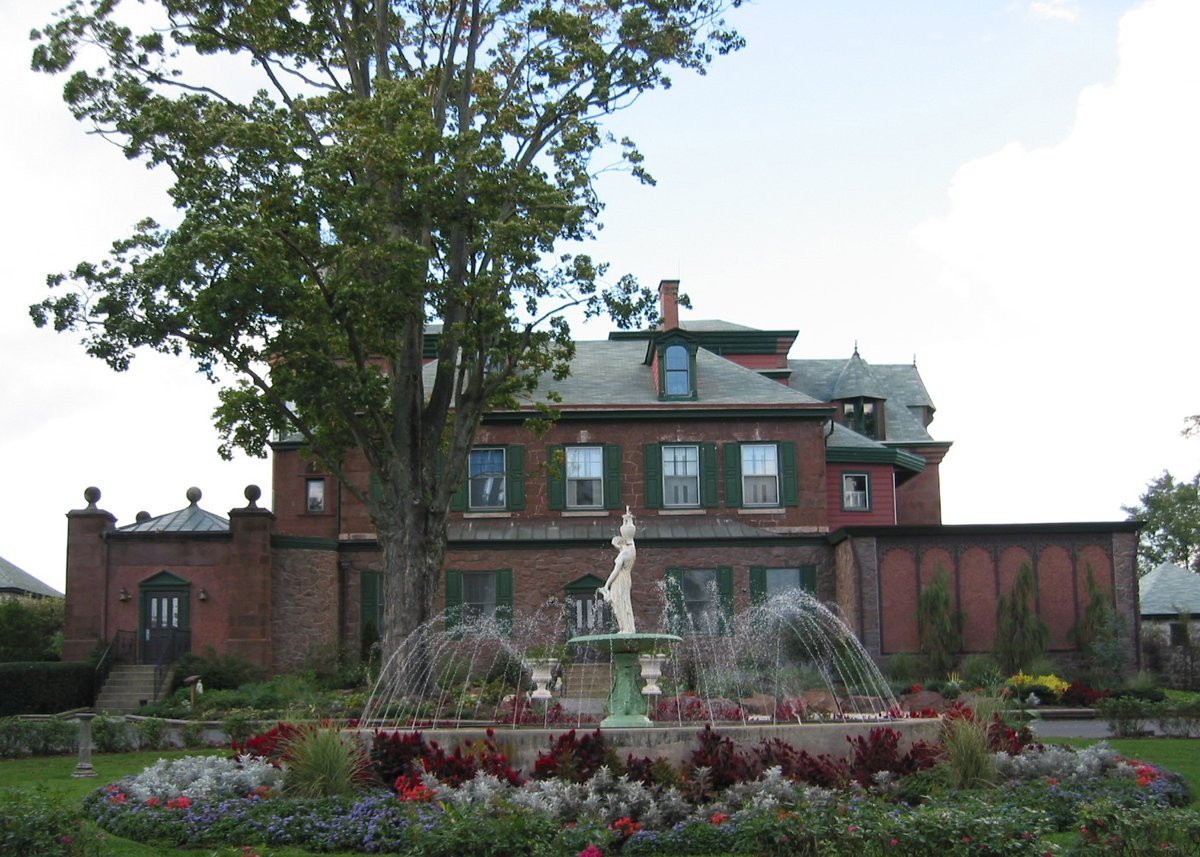 The Mount Hope Mansion lit up for its annual holiday celebrations. 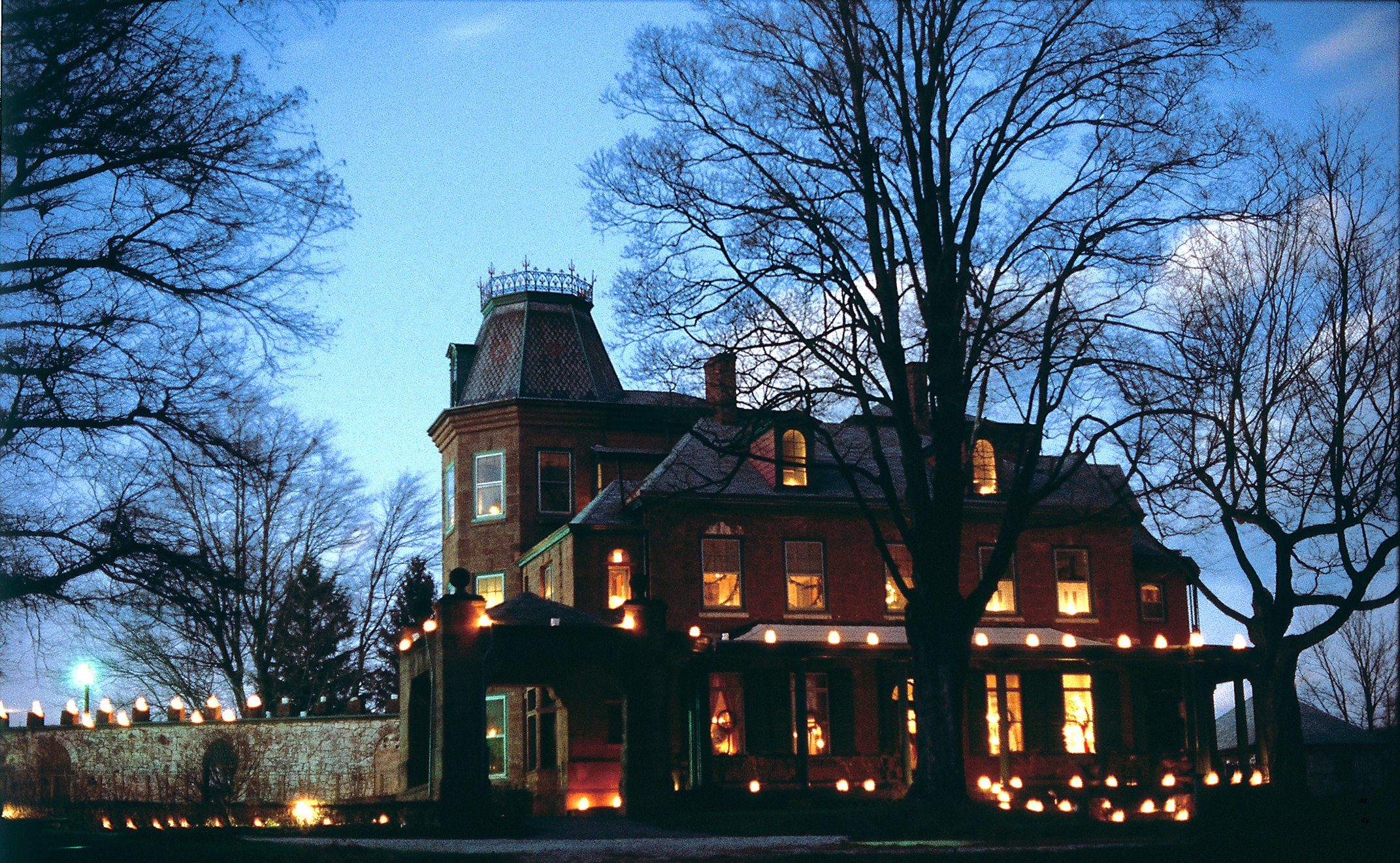 The courtyard just outside the winery. 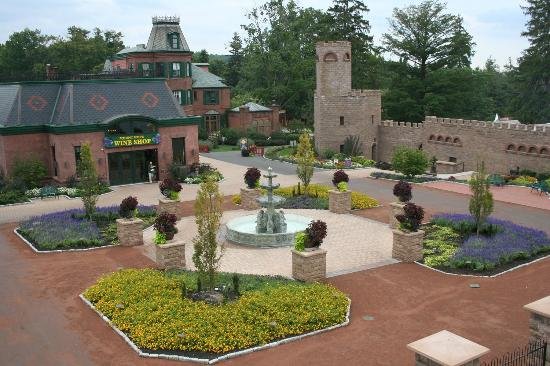 A jousting champion at the Pennsylvania Renaissance Faire. 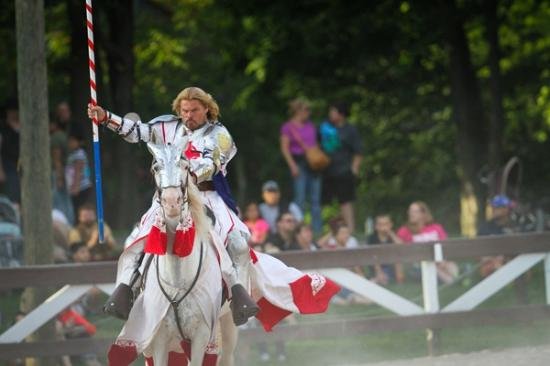 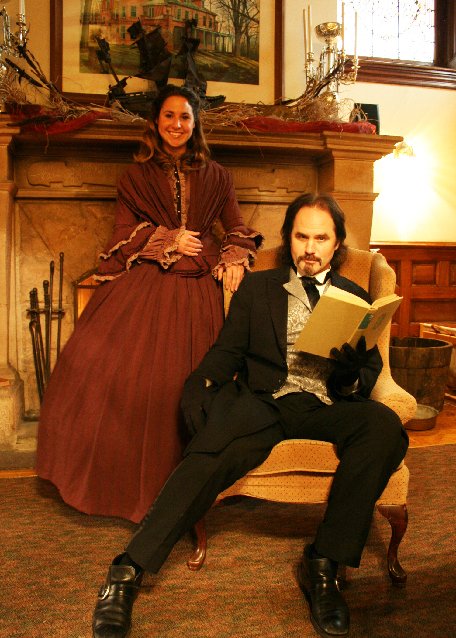 The founders of the Grubb family in America, John and brother Henry, arrived from Cornwall, England in 1677.  John Grubb’s youngest son, Peter, later migrated to Lebanon County, Pennsylvania (c. 1734) where he discovered vast iron deposits in the region.  He then purchased 300 acres of land and established the Cornwall Ironworks in 1742.  By 1783, the Grubb family’s holdings had expanded to over 10,000 acres and their ironworks contributed greatly to the Revolutionary War effort.  The land was gradually divided between the Grubb and Coleman families as the 18th century turned to the 19th with the Coleman family gaining the lion’s share.

Peter Grubb’s son, Peter Jr., later purchased an additional 212 acres which he dubbed Mount Hope.  By the time Peter Jr. left the estate to his two sons in 1786, his original purchase had expanded to over 2,000 acres.  Henry Grubb then acquired Alan Grubb’s share of the estate and built a large, Federal style mansion on the grounds between 1800 and 1805, complete with extensive gardens which still remain.  He also began to convert the estate into a small village that would come to include a charcoal iron furnace, grist mill, general store, school, post office, church and employee housing.  By the mid-19th century, the Grubbs were once again operating one of the leading iron manufacturers in Pennsylvania.

The estate was then managed by Henry’s widow, Harriet, when he died at Mount Hope in 1823.  It was Harriet who was responsible for the creation of the Mount Hope Church in 1849.  Henry’s son, Clement, then purchased the estate from the heirs of his younger brother in 1885.  He then donated the church and churchyard to the Episcopal Diocese of Central Pennsylvania.  The estate was then left to his daughter, Daisy, upon Clement’s death.  She would be the last Grubb to own the property.  However, prior to her death, Daisy embarked on an extensive expansion and remodeling of the mansion, adding a Victorian ballroom, billiard room, chandeliers and parquet floors.  She also added the now prominent three-story bay window with octagonal turret.  She also added a conservatory with glass dome to the rear of the house along with a greenhouse and enlarged kitchen.

The estate, after Daisy passed in 1936, was subdivided and sold in phases until only the mansion and a few outbuildings remained. The property was later purchased by Charles Romito in 1980 for the price of $1 million. Soon after the sale, Romito converted the property into a winery and hosted numerous events to promote his acquisition, such as a bluegrass concert, a fifties revival, classical orchestra concert and a modern jousting tournament. The jousting tournament was such a hit that it gradually morphed into what is now the immensely popular Pennsylvania Renaissance Faire. Today, the estate and winery are also host to other events, such as wine tastings, Poe Evermore and a holiday dinner theater. It is also home to the Swashbuckler Brewing Company and Pub, Lancaster County Cider, and the Rumspringa Brewing Company.