The Hammerstein house is a historic home located in Hollywood, Florida. This home was owned by Clarence P. Hammerstein, an important early contributor to the City of Hollywood. The Hammerstiens were well known for their caring for the community. With hosting huge parties, to making groves all around the city, the community loved them and will appreciate their remembrance forever.

Historic plaque on the house. 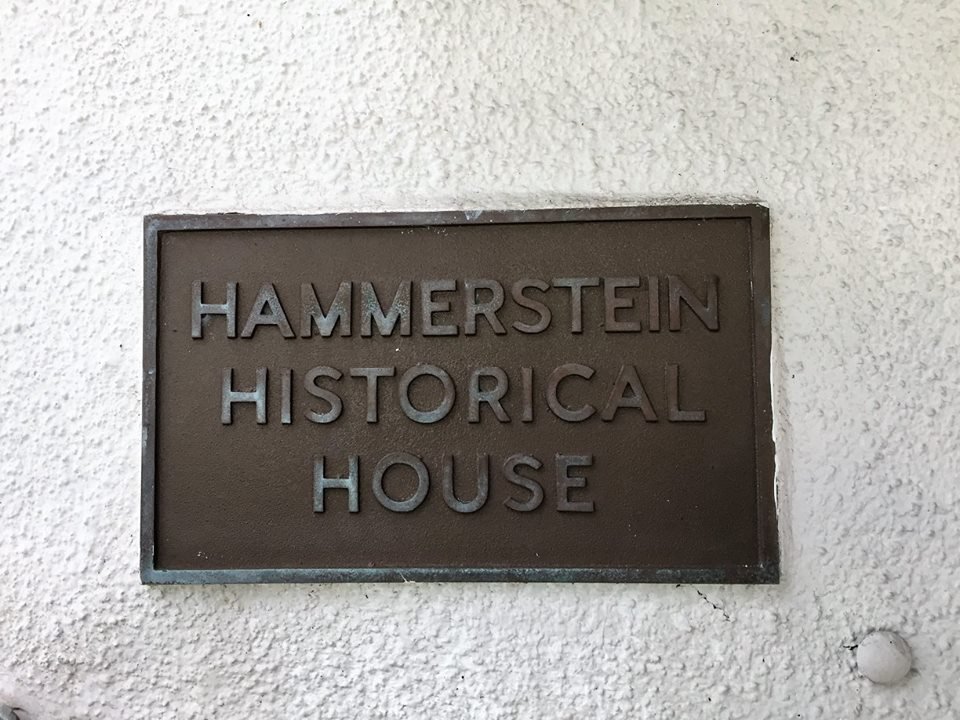 View of the house. 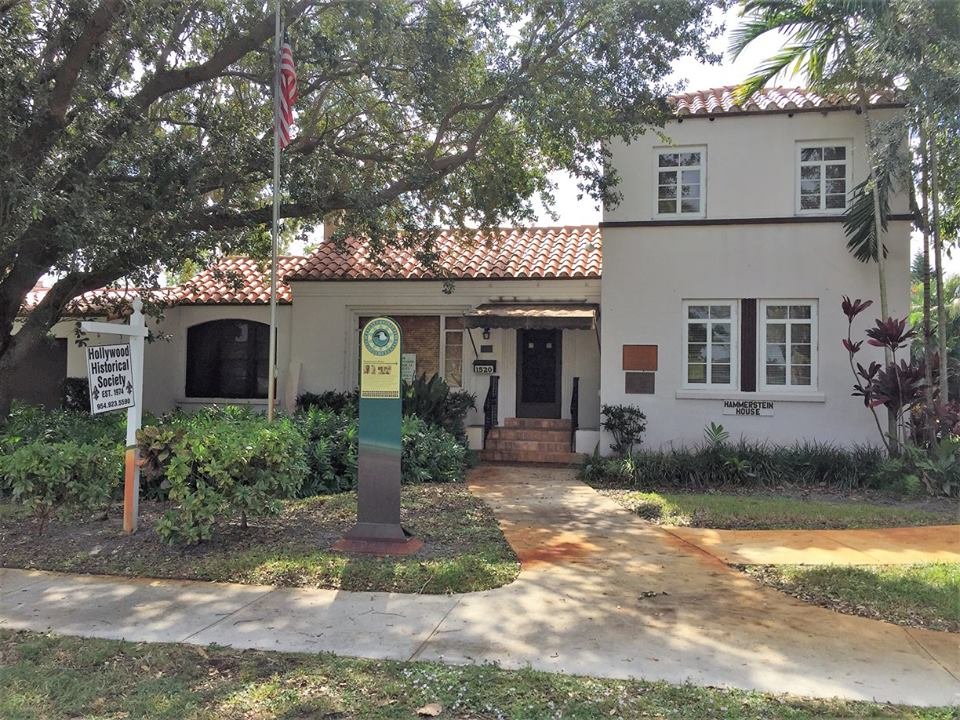 Historic drawing of the house. 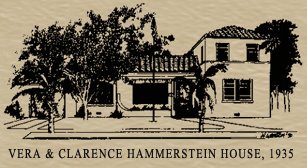 Clarence P. Hammerstein first served as a pilot who fought during World War 1. After the war, he then married a girl named Vera. In November of 1925, Hammerstein and his wife wanted to move to Hollywood Florida to establish an advertising agency. Sadly, there were no places for sale or to rent! The nearest opportunity they had was to move to New Shenandoah, east of Coral Gables, near Miami.

Hammerstein commuted every day to Hollywood. He established great real estate offices  on Hollywood Boulevard and Young Circle. His wife, Vera, grew citrus fruit. After the Hurricane of 1926, Hammerstein took great interest into the growing of citrus fruit. Hammerstein then contacted a man named Mr. Wash. Mr Wash had just come up from the Panama Canal Zone and had built a pretty grove located  in the center of Davie. Hammerstein wanted to do the same!

This turned into the beginning of the Flamingo Groves. Hammerstein took the nickname "Hamm" and was the Vice President  in charge of advertising and sales, and bought a 20-acre plot himself. Dr. David Fairchild, the famous horticulturalist, helped the team out with advertising. The Groves are now known as Flamingo Groves.

The Hammersteins finally were able to move to Hollywood, Florida in 1932 to be closer to the activities they were involved in.  They rented an apartment at 27 Tyler St. This is where the Hammersteins lived for three years. The Hammerstein then purchased three building lots at 1520 Polk St in 1935. Also, with Hammersteins good friend and architect Bayard Lukens, designed this two-story, 10-room, house in the Mediterranean Revival style. While the house was being built, the Hammersteins lived next door with Mr. and Mrs. Rust, Vera Hammerstein's parents. When Mr. Rust died, Vera's mother moved in with the Hammersteins until she passed away.

Hammerstein had joined the Kiwanis Club in 1919.  That is when he then established his membership in Hollywood. The Kiwanis Club was the first service club established in the city. Hammerstein and his wife maintained a lifelong tradition of service and dedication for over 66 years, Because of this, Hammerstein became president of the club early in the organization's history.

As Hammerstein was now president of the Kiwanis Club, he was involved in creating the recreation center for the community's youth. The club also had an annual Pancake Festival to raise funds for six to eight scholarships a year. Hammerstein was also very helpful in the club's planting of trees around City Hall Circle and along Hollywood Boulevard. Each one represented each state in the Union. They also replaced the trees that had been torn down around Young Circle to accommodate needed parking places.

The Hammersteins were well known for their amazing Christmas parties. The tradition had started when the couple was married on Christmas morning in Evansville, Indiana. No one was supposed to know anything about the wedding, but when the newlyweds returned home they hosted an open house. After that, each year the Hammersteins would hold an open house in honor of their anniversary and the Christmas season.

When they arrived in Florida, they realized that most people in the community could not afford to go home for Christmas. Knowing this, they threw a huge party on Christmas and invited everyone. The annual celebration grew so large!  Friends and families would come in from around the country and many would stay four and five days. At one time the entire membership of the Sinawik Club, the lady's Kiwanis association, was associated with the event. The annual celebration grew to be a real community event.

Sadly, Clarence Hammerstein died on September 1, 1987.  His wish he left behind was that his home would live on. It was Hammersteins desire their home be remained as a memorial to his wife who had passed away in 1979. He also wished that this wonderful home would be a historical showplace for the city. Dedication and opening ceremonies for the Hammerstein House were first held on May 5, 1990. The Hammerstein House at 1520 Polk St. is still maintained under the supervision of the Hollywood Historical Society on behalf of the City of Hollywood.