This public park is located at a former plantation where Josiah Henson was enslaved. Josiah escaped from bondage and devoted much of his life to helping others do the same, both in his work as a religious leader and by assisting others through the network of safehouses and information known today as the Underground Railroad. His 1849 autobiography "The Life of Josiah Henson, Formerly a Slave, Now an Inhabitant of Canada" offers a look at life for those who escaped slavery by leaving the United States. This work was part of the inspiration for other authors, including arriet Beecher Stowe's novel "Uncle Tom's Cabin." The park is part of the National Underground Railroad Network to Freedom program and is located on the Isaac Riley farm where Josiah was enslaved from 1795-1830. 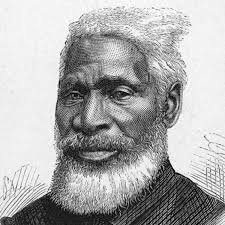 Portrait of Harriet "Moses" Tubman, the leading abolitionist and conductor of the Underground Railroad. 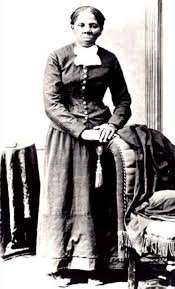 A map showing the different routes taken by escaped slaves through the Underground Railroad. 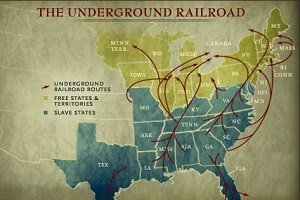 Josiah Henson was an escaped slave, abolitionist, and minister. He was born into slavery in 1789 in Port Tobacco, Maryland. "In 1828, Henson became a preacher for the Methodist Episcopal Church and was eventually able to earn the $350 he needed to buy his freedom. His master took the money, but then raised the price to $1,000" (biography.com, 2016). After realizing his inevitable fate as a slave, he led himself, along with 200 other slaves, along the underground railroad to freedom. Canada has become a refuge for escaped slaves after 1793. He led his family and other enslaved African Americans along the underground railroad to freedom in Canada where he developed his own Afro-Canadian community. He was the leader of several projects that emphasized independence from white patronage and was also believed to be the title character of Harriet Beecher Stowe's, Uncle Tom's Cabin.

The Underground Railroad was a network of diverse people who helped former slaves reach freedom by either moving to states where slavery was illegal or better yet, making it all the way to Canada where formerly enslaved people would not be vulnerable to slave catchers and the Fugitive Slave Act. The Underground Railroad was active along the borders of Kentucky, Virginia, and Maryland where there were several secret routes and safe houses. While many of the conductors were white, it was African Americans who helped most escape either directly such as Harriet Tubman, or by operating networks of information. Black churches in places like southern Ohio and Indiana were also critical to providing shelter for those most vulnerable to capture.

Open for special events only.