Listed on the National Register of Historic Places, St. Joseph's Church is an excellent example of Romanesque Revival architecture. It was built in 1904 with rough Kansas limestone, giving it its coarse exterior appearance. It serves a Catholic congregation that traces its roots back to 1876, when the city's first permanent resident priest, a Capuchin monk, arrived. From its inception to 2013, Capuchin priests presided over the church. It is now part of the Diocese of Salina, Kansas.

St. Joseph's Church was built in 1904 in the Romanesque Revival style. 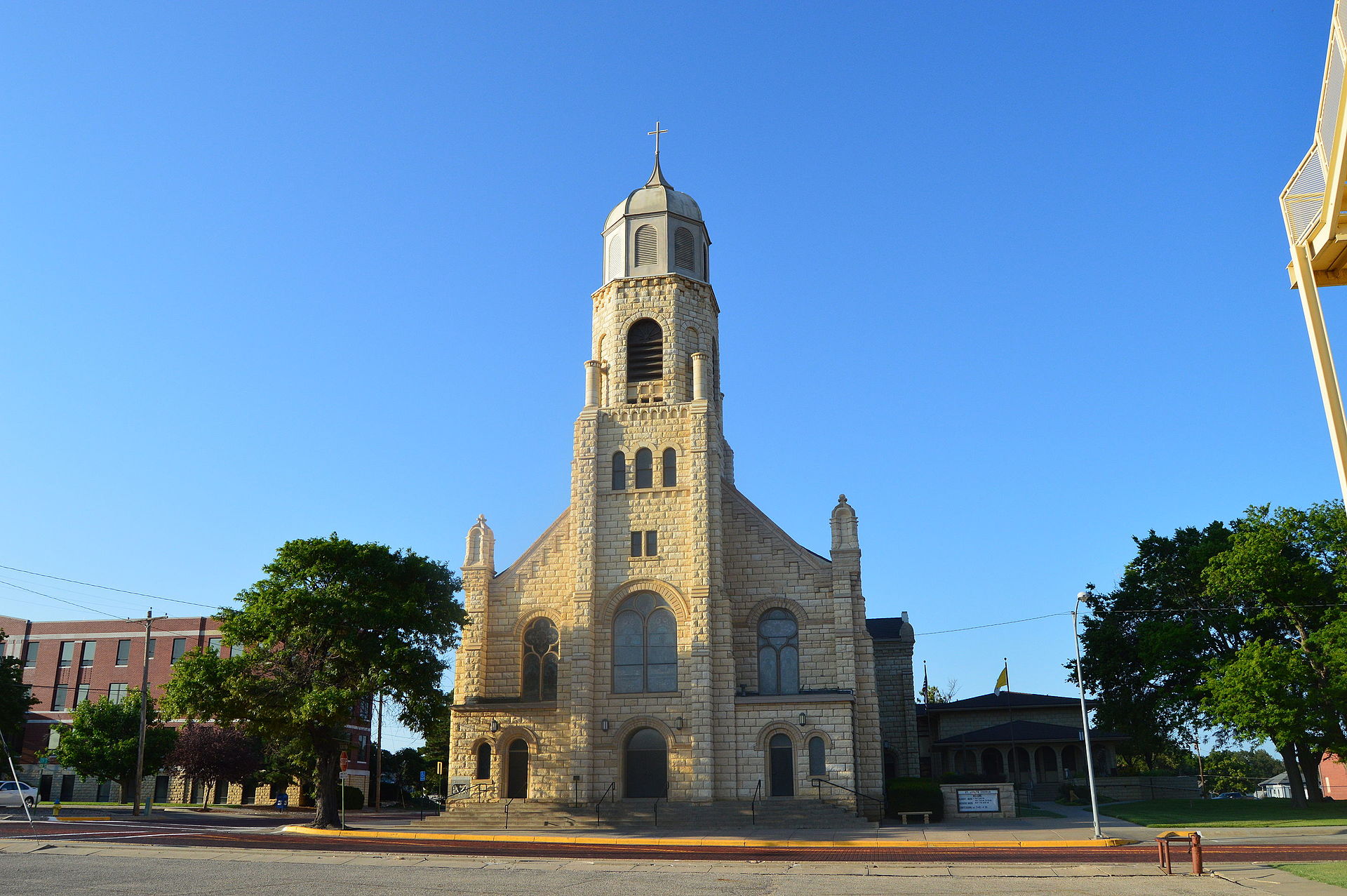 The initial Catholic community was made up of German-Russians who arrived from a community in Pittsburg. These immigrants were descendants of Germans Catholics who fled to Russia in the 18th century (to avoid conscription into the military; they settled in an area near the Volga River). In 1874, Russia initiated the very same policy, prompting the Volg Germans, as they were called, to immigrate to the United States.