This historical marker commemorates the life of Daniel Alexander Payne, an African American educator and minister. He quickly became an active and inspiring leader within the church and was instrumental in developing many of its programs and missions. He was elected Bishop of the African Methodist Episcopal Church. Later, he served as President of Wilberforce University, located near Xenia, Ohio. He was also involved in the Underground Railroad, helping escaped slaves on their journey to northern communities and Canada. 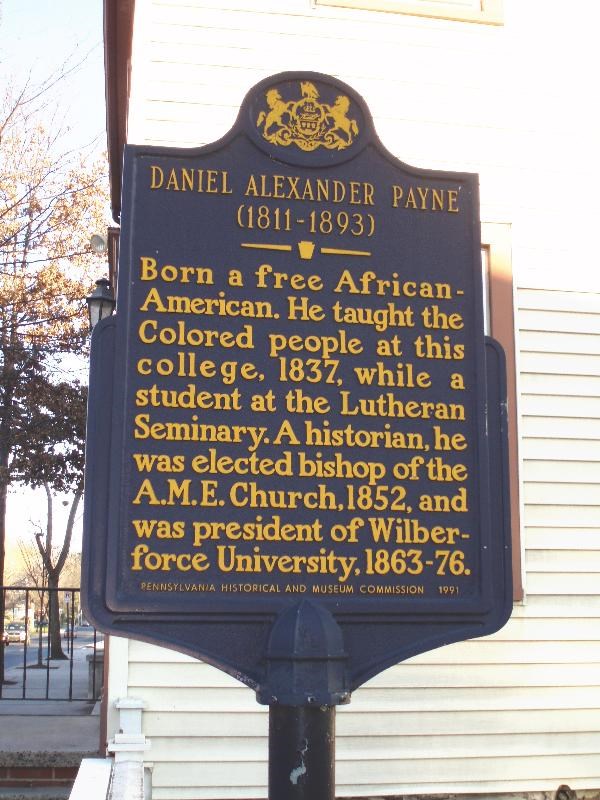 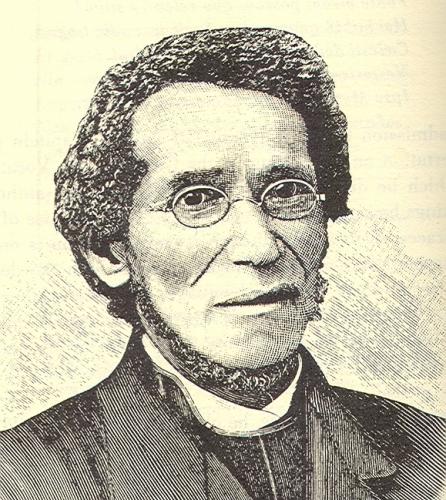 Daniel Alexander Payne was born in 1811 in Charleston, South Carolina. His parents were free Blacks living in the Charleston area. He was working as an educator in South Carolina until his school was closed because of legislation passed in the wake of the Nat Turner Rebellion of 1831. He moved to Gettysburg to enroll in the Theological Seminary there.

After his ordination, he became the first African American minister in the Lutheran Church at Fordsboro, NY. He was also an abolitionist, and a historian. Upon leaving the Lutheran Church, he joined the ministry of the African Methodist Episcopal Church in 1843, soon becoming involved in aiding escaping slaves by supplying food and shelter and helping them along the routes of the Underground Railroad. He wrote a history of the A.M.E. Church and became bishop in 1853.

In 1856, he and Lewis Woodson along with two members of the A.M.E. Church became founding members of Wilberforce University. This institution was the first historically black college having founding members who were black. He continued to work through the church raising funds to help African Americans educate themselves. He became President of the University later that same year.

Payne was a tireless leader and organizer. Under his leadership, the membership of the A.M.E. grew enormously after the end of the War. He traveled to the United Kingdom to preside over the Methodist Ecumenical Conference, becoming the first black man to do so. Bishop Payne passed away in Xenia, Ohio in 1893.