The Giant Center is home to both the Hershey Bears minor league hockey team and the PIAA state basketball championships. 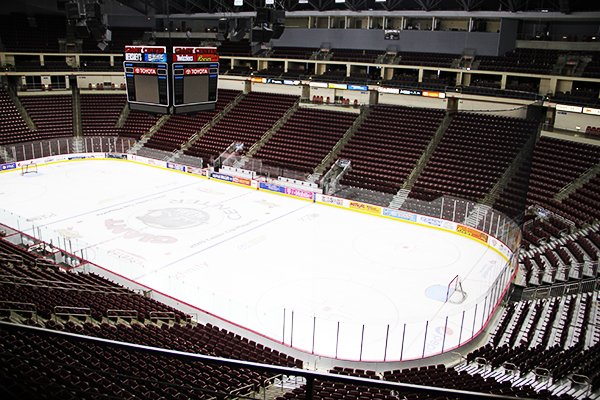 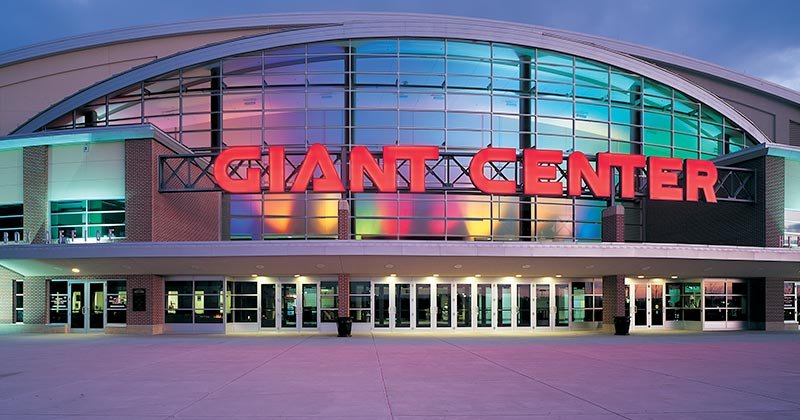 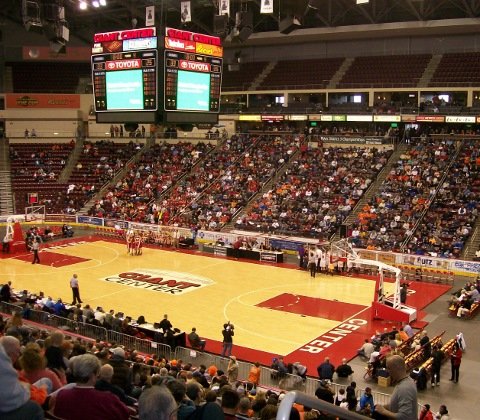 The Giant Center is most commonly known for being the home of the Hershey Bears Hockey League but it also offers much more.

One of the most popular aspect of the old center is that there was a good view from every seat in the old arena and the owners insisted on keeping that view by putting it in the new center. The old building was redesigned for many reasons, but mainly because it was 66 years old and many aspects were out of date. A second reason was the seating in the center. The seating in the center did not have premium seats for the fans and concert goers. Another reason was that there were not that many places to get food or drinks. One last reason was that there was not that many opportunities for the sponsor to advertise.

The new arena was given the name Hershey Giant Cente, because Giant Food Stores, LLC in Middlesex Township and Hershey Entertainment and Resorts Co. made an agreement that the Giant Food Stores LLC will get to keep the name for 10 years. The food store has done several other deals with Hershey. One of those other deals include a program with discounted tickets to get into Hershey Park. Derry Township Industrial and Commercial Development Authority owns Giant Center which is managed by Hershey Resorts.

The Hunt Construction Group were the construction team that built the Giant Center which has its main office in Indianapolis Indiana. They have been involved in many other building projects such as airports, casinos,educational buildings, government buildings, and other sporting arena around the country. The Hunt Construction Group started work on the new stadium on November 8, 2000. In the end, the cost of the construction was 65 million dollars for the Hershey Giant Center. It also cost an additional 95 million dollars to build the roads, parking lot, and infrastructure.

The HOK Sport+ Venue+Event located in Kansas City designed the Giant Center. They have changed their named to Populous but are still well known for their designs. HOK have also designed buildings of all kinds around the world such as in Brisbane,China, and London. They have also built structures throughout the United States designing buildings with state of the art design and ideas such as retractable ceilings, and club seating, and much more creative designs

The inside of the center is perfect for all kinds of events. The Hershey Giant Center has 10,500 seats. There are 7,700 seats in the lower level and suite area. In the upper level there are 2,800 seats for a total of 10,500 seats in all. There are 40 luxury seats in the Giant Center and there are also 688club seats for the comfort of the fans. The center also has wheelchair and companion seating on all levels of the center for people who need it. The giant center is 306,000 total square feet in the main arena , 100 feet from ice to ceiling, and 17,000square feet floor area, and the ice rink measures 85'x200'. According to that same article, in the middle of the Hershey Giant Center there is a new HD Scoreboard, Score Board ring display, and LED Standings Board.. The scoreboard had 4 one of a kind cinvex curved LED video displays which measure about 13.5'high by 24' wide with 6 millimeter line spacing. The Scoreboard Ring Display is 3'high with a circumference of 94.5' with 10 millimeter line spacing. The LED Standings Board is 13.5'by 31' wide also with 10 millimeter line spacing for easy reading. Also according to the online article, HOK Fills a Tall Order in Hershey by Steve Cameron in Sports Business Daily/ Sports Business Journal, the HOK team built a way for everyone to have a good view while at the Center. They were able to build their very first a one of kind steep bowl in the middle of the Giant Center. According to the article, the steepest that the company has ever done.

Governor Tom Ridge was one politician that was in support of the Hershey Giant Center, supporting a plan for tax payers to contribute 25 million dollars for the Hershey Giant Center in 1999. However, Derry Township does get back some of the benefits of the Giant Center. Derry Township gets back 10 percent of all the money that people pay to park their cars when they go to the Center which is about 60 cents per car. Also the Derry school district gets a share of the 65 cent per ticket tax. There is also an agreement that The Hershey Bears also pay the township's industrial and commercial development authority, the building's owner, who keeps all of the revenue that is left over.

The Hershey Giant Center is not only an amazing place to watch hockey and several different PIAA high school state championships it is also a great place to see many other events. There are events for people of all ages at the Giant Center all year long. Children can enjoy watching Disney On Ice and The Harlem Globe Trotters. People of all ages can enjoy concerts such as The Trans Siberian Orchestra and Tim McGraw and Faith Hill. People can also go to the Giant Center to see WWE Wrestling and comedian acts such as Jeff Dunham.

The Giant Center is a state of the art arena for all types of fans. It has a lot of offer the people that attend events there.