Completed in 1929, mere months before the stock market crash and beginning of the Great Depression, it was the third building on the site -- the first two burnt to the ground. The Barkers grew to prominence in the late 19th and early 20th century, mirroring Omaha's growth. The first two buildings -- 1886 and 1889 -- arose far from downtown Omaha. By the 1920s, the town had grown; the third Barker Building emerged withing the heart of Omaha's business and political center. 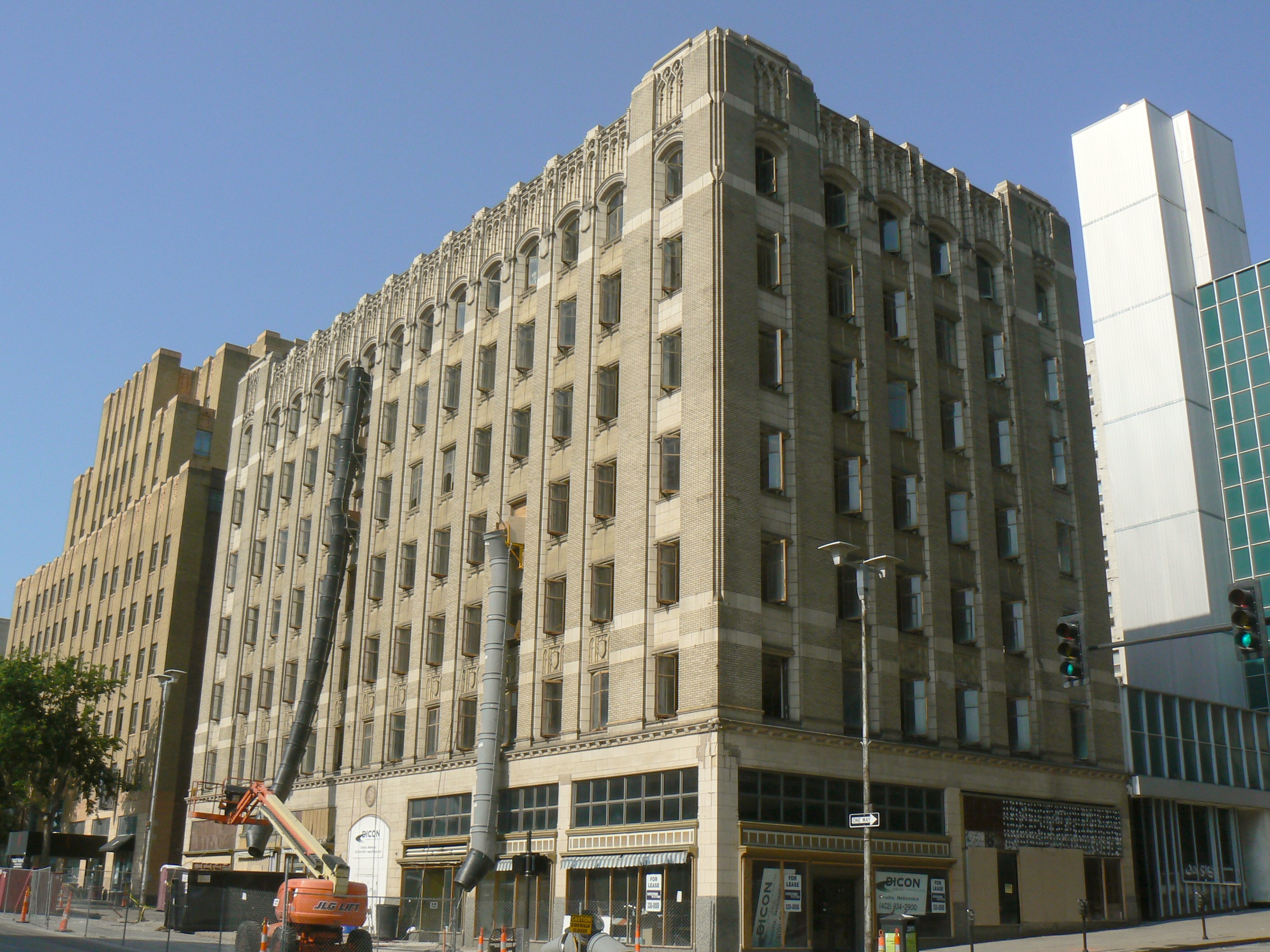 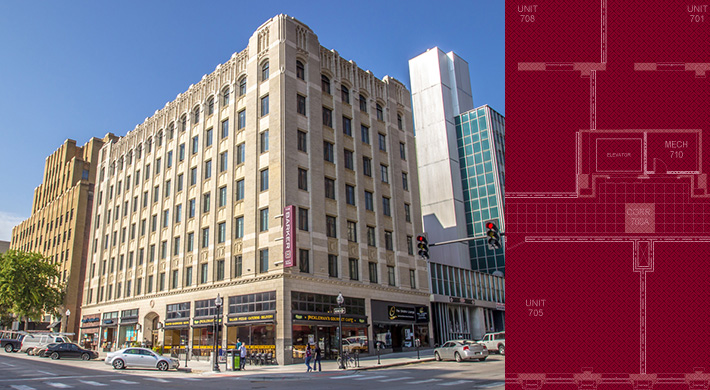 The current Barker Building is the third building owned by the Barker family to stand on the site -- a fire destroyed the first two buildings. The family initially purchased the site in 1856 but left Omaha for England soon after purchase to settle a family estate. Upon returning to the U.S. in 1871, brothers George and Joseph Barker hired the local firm of Mendelsohn and Fisher to design a six-story structure here (the final building rose seven stories). Many felt the location existed too far from the downtown region. However, by the time the third building was constructed, Omaha's downtown area had extended to near the Barker site.
The first building burned to the ground on November 6, 1886. A vagrant had crept into the building to sleep for the night. A smoker, his attempt to light a match ended in disaster for the building.  The second building, completed in 1889, also suffered from a smoker's carelessness. A cigar that had dropped down an elevator shaft made contact with greased elevator guides, which led to a fire that destroyed the building.
During the time of the first two attempts to build the Barker building, George Barker accumulated substantial wealth through real estate and financial deals. He used that wealth to aid in the founding of the local gas works, banks, residential neighborhoods, and the Omaha Stockyards (which had slowly moved from Chicago as refrigerated cars and box-cutting beef changed how beef could be shipped on railways). However, he passed away one year before the fire took the second building. Before he died, he founded a corporation for his wife and children to inherit his fortune and business holdings. His estate was still being settled when the fire took place.
By the time a third building had been proposed, Omaha had grown significantly. Thus, the Barker location existed close to downtown and also a short distance from the city hall. Led by George's son-in-law, Frank T.B. Martin, the corporation selected architects
James Allan and Noel Wallace, and Kiewit Construction as the contractor and the National Building Owner's and Manager's Association to guide its modern office planning standards.
In August of 1929, only months before the stock market crash and subsequent Great Depression, the third version of the Barker Building finally opened its doors. Ownership changed hands several times over the course of the following seventy years, finally closing in 1999. However, in 2012, an $8.8 million remodeling project funded its transformation into an apartment complex, which now sits in an area of Omaha filled with restaurants, shops, and cultural activities.