Built in 1898, the Provo Tabernacle functioned as the tabernacle and center of religious life for the The Church of Jesus Christ of Latter-day Saints (LDS Church) until 2010. It was built on the same block as an earlier tabernacle, which was completed in 1861 and dedicated by Brigham Young. The interior and roof of the building were destroyed by fire in 2010 and since that time, all but the outer walls of the tabernacle have been rebuilt. The building is listed on the National Register of Historic Places. 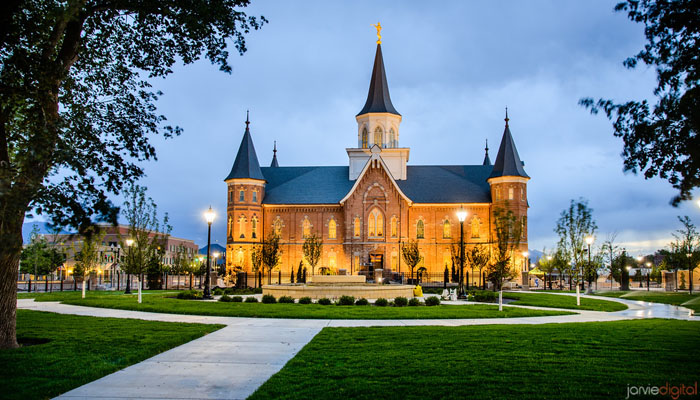 The temple following the fire in 2010 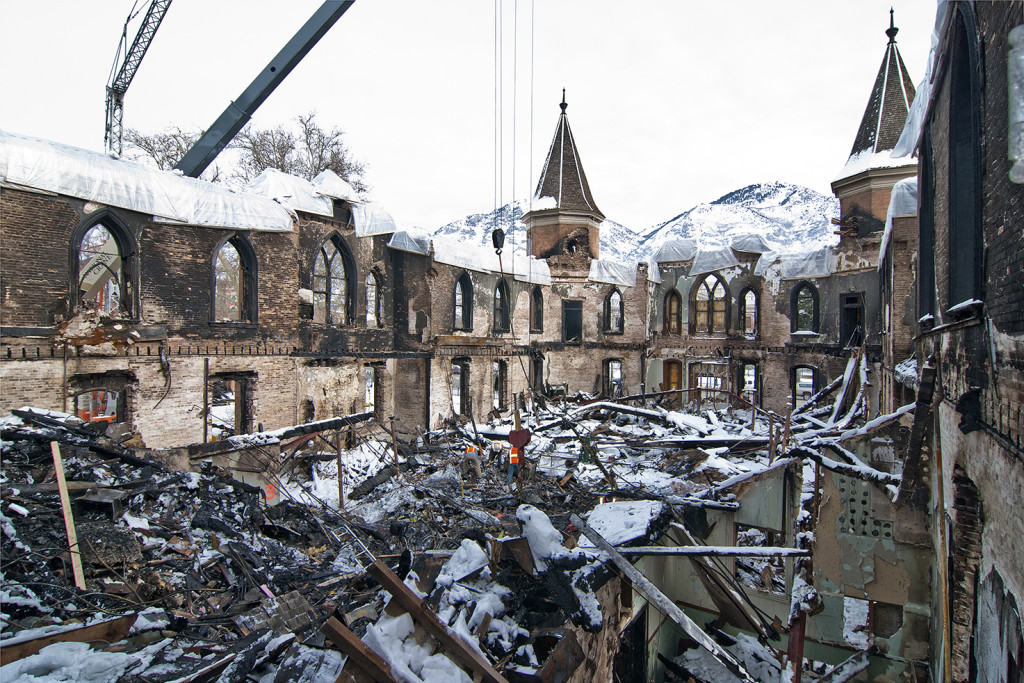 There has been a tabernacle on the site of the Provo Tabernacle since 1861. The original building could seat 1,100 but at its dedication, Brigham Young was said to have declared it too small and to have complained about the length of time it took to build. The original tabernacle was demolished in 1918-1919, several years after the current building was constructed at the site.
The current tabernacle was constructed over fifteen years and completed in 1898. Sometimes known as the New Provo Tabernacle, the building was constructed to serve as a meeting house and to hold more people than the earlier tabernacle. The new building could hold 3,000 people and soon became a central part of the religious and cultural life of Provo, hosting conferences, community events, and speeches. William Howard Taft spoke in the tabernacle and Sergei Rachmaninoff performed there.
By the mid-twentieth century, there was talk of tearing down the tabernacle, which had not aged well and was in a state of disrepair. The building was condemned in 1949 because of its roof, but substantial repairs were made to keep it stable. The building was remodeled again in the 1980s.
On December 17, 2010, a fire consumed much of the tabernacle. The fire caused the roof to collapse, which led to the destruction of the building’s interior. Only the building’s outer walls were saved.  Following the fire, the building underwent a lengthy restoration and was converted from a tabernacle to a temple, the Provo City Center Temple.  The completed building was dedicated on March 20, 2016 and is listed on the National Register of Historic Places.