The Fowler Clark Epstein Farm, a house and stable built between 1786-1806 in the Dorchester neighborhood of Boston, shows evidence of the area’s beginnings as an agricultural center. Urbanization and new transportation in the Dorchester area ended most of the city’s rural lifestyle. Yet, this farm’s property still stands today, taken under wing by Historic Boston Incorporated to teach society more healthy ways of living. 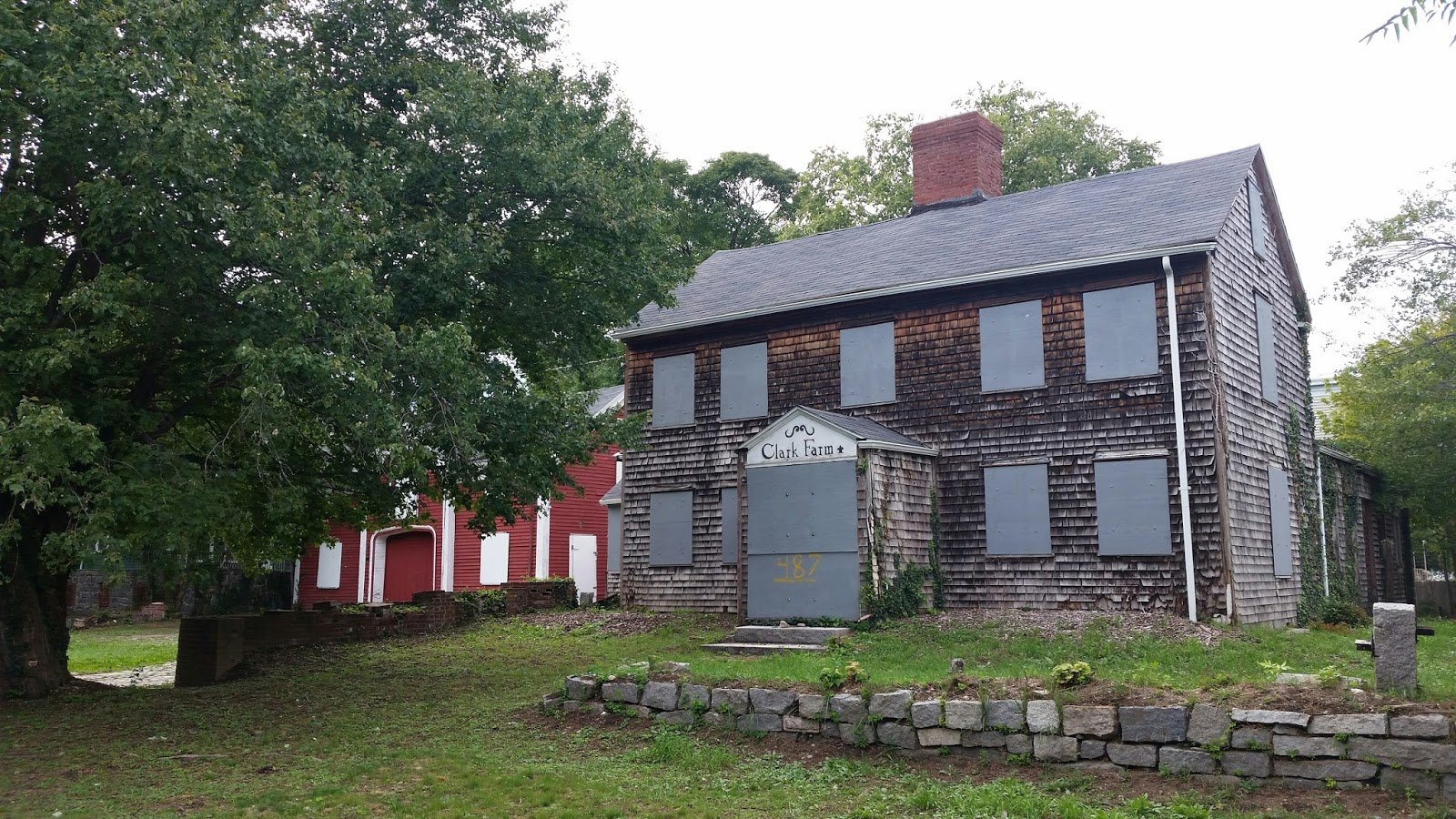 The original cultivated fields of Mattapan (a neighborhood of Boston, within the larger Dorchester area) were rich in agricultural identity. Purveyors noted the land was plentiful in vegetation that included gardens, meadows, fruit-trees, a vast number of other trees amounting to nearly fifteen-hundred, and land used for growing corn. The pastoral way of life of Mattapan’s agricultural past contrasts with the activity of Boston today.

Today, the preservation of the Fowler Clark Epstein Farm is a testimony to Mattapan’s former bucolic lifestyle. These visuals of the long-standing farm carry over a rural past isolated from the implementation of urban life. The architectural design includes a low level of sophistication, but with apparent detail in its construction. Above the door of the main entrance to the house reads "Clark Farm" in large, bold letters. Design choices of multiple stories and wood framing bring to mind the familiarity of a small, rural home. Only one of four farm buildings from Dorchester’s agricultural era remaining in Boston today, the structure retains a recognizable relationship with the land. The building coexists with the rural land as a single entity that memorializes Dorchester’s history.

The history of familial life at the farm is just as important as the farm itself. Stephen Fowler, a soldier from the American Revolutionary War, originally owned the farm. There were many objects left behind after Fowler’s death indicating his participation in agriculture. These possessions were comprised of many farm animals, tools for farming, and a heavy supply of vegetables. Evidently, he worked together with his wife and son Samuel Fowler, Jr. to cultivate his inherited land. After his initial ownership, an additional four generations of the Fowler family owned the establishment, along with three other families (including the Clarks) before being sold to the Epstein family. Jorge Epstein and his wife Ida were the last family to own the lot of land, the farm becoming unoccupied in 2013. The history of the lineage of these owners shows a familial identity with human life dependent on the cultivation of soil and the production of food.

Dorchester began to change around the turn of the 20th century. The reason for this societal shift to a more fast-paced culture is attributed to the arrival of the streetcar on Edward Everett Square. This transportation caused a great increase in population and, thus, quick urbanization. Additionally, agricultural housing was auctioned off and used for the promotion of the working-class. Even with this agricultural removal, the farm lasted throughout the years. It still exists today as a representation of a lifestyle which, in the central Boston area, hardly remains. Without the placement of the farm where it is, Dorchester’s agricultural history would be hard to spot.

Today, the farm is still in the process of being preserved. Historic Boston Incorporated purchased the land in 2015 as part of a project to inform the Boston public of farming’s importance. HBI wishes for modern society to be healthier, to promote more jobs for the populace, and to provide cooking and farming education through kitchens and classrooms within the farm. Parts of land will also be set aside for local food production. As of late, the farm has been unused other than its presence as a historic landmark. Notably, HBI will help farming to take place once again at the Fowler Clark Epstein Farm.