Founded in 1845 and originally known as the Mount Kalmia Cemetery, the Harrisburg Cemetery is now the final resting place for over 33,000 individuals, to include former Pennsylvania governors, congressmen, judges, mayors and veterans of the country’s numerous wars. The 35-acre cemetery is located in the Alison Hill neighborhood of the capital and is the city’s oldest and largest. Its rolling and graded hills overlook the city and provide a stunning backdrop for its numerous mausoleums, obelisks, statues, and ornate tombstones, many of which are excellent examples of funerary art. The cemetery is part of a larger historic district and was added to the National Register of Historic Places in 1985.

The Liberty Street entrance to the Harrisburg Cemetery with the Caretaker's Cottage on the right. 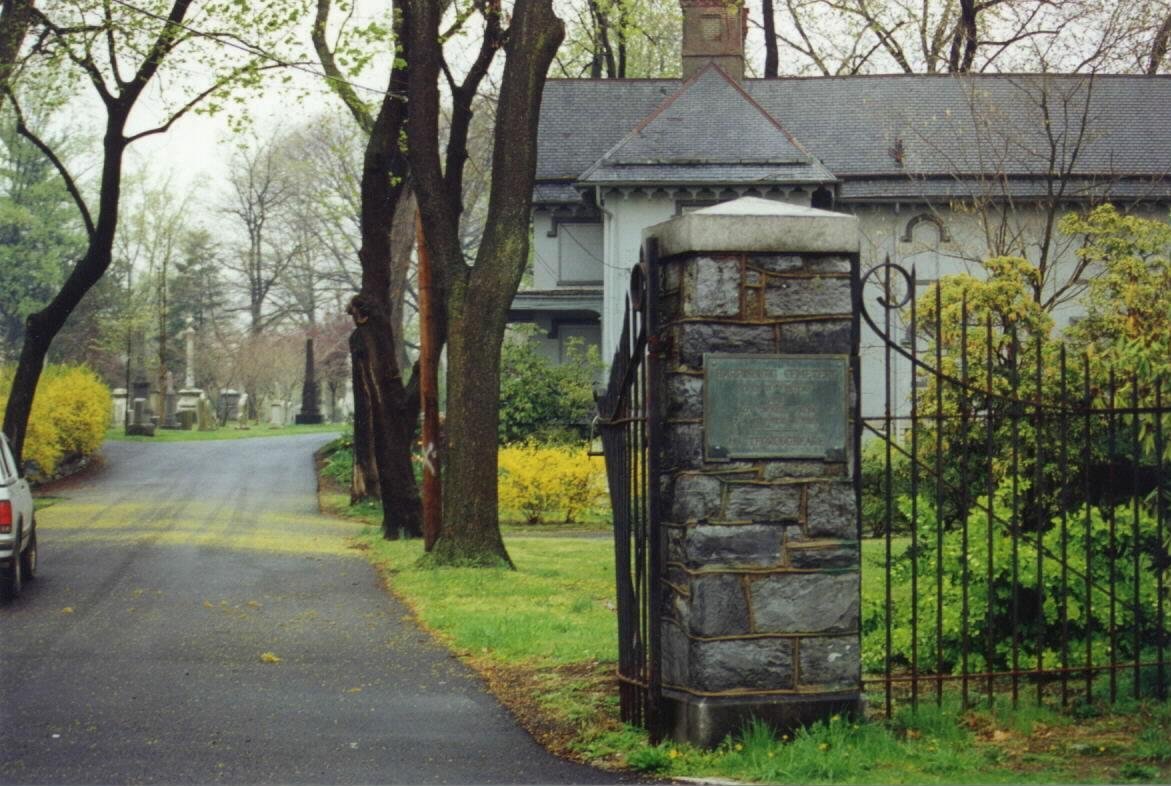 The same entrance from a c.1920 photograph. 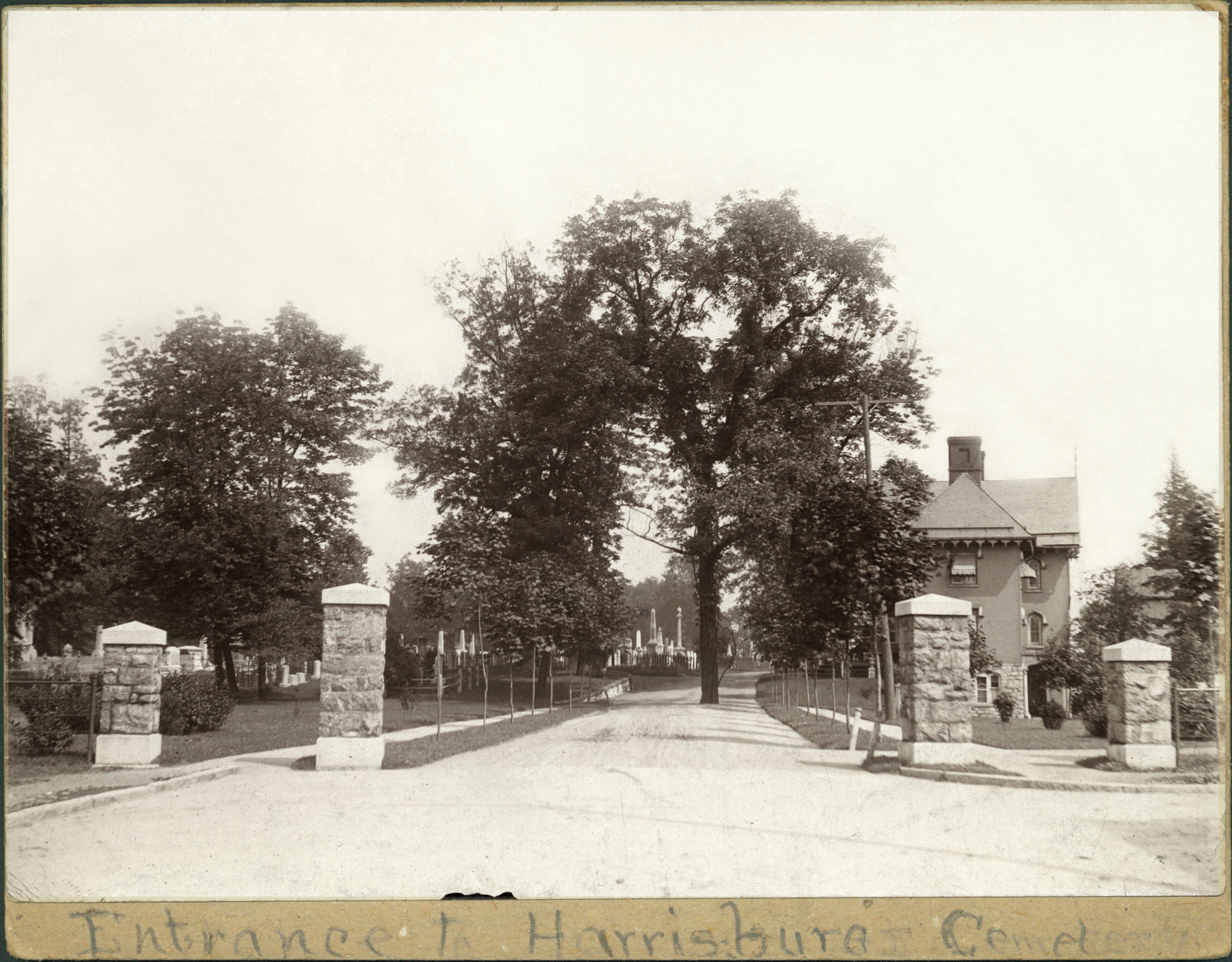 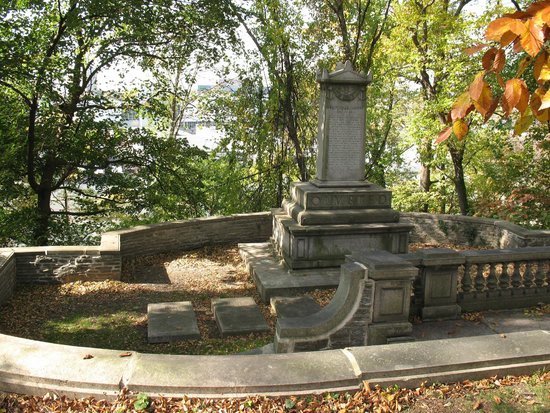 One of the mausoleums that dot the Harrisburg Cemetery. In this case, one belonging to the Dull family. 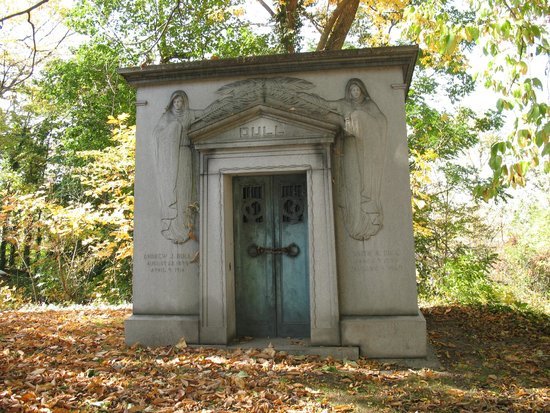 A plaque that commemorates the veterans of the Revolutionary War buried at the Harrisburg Cemetery. 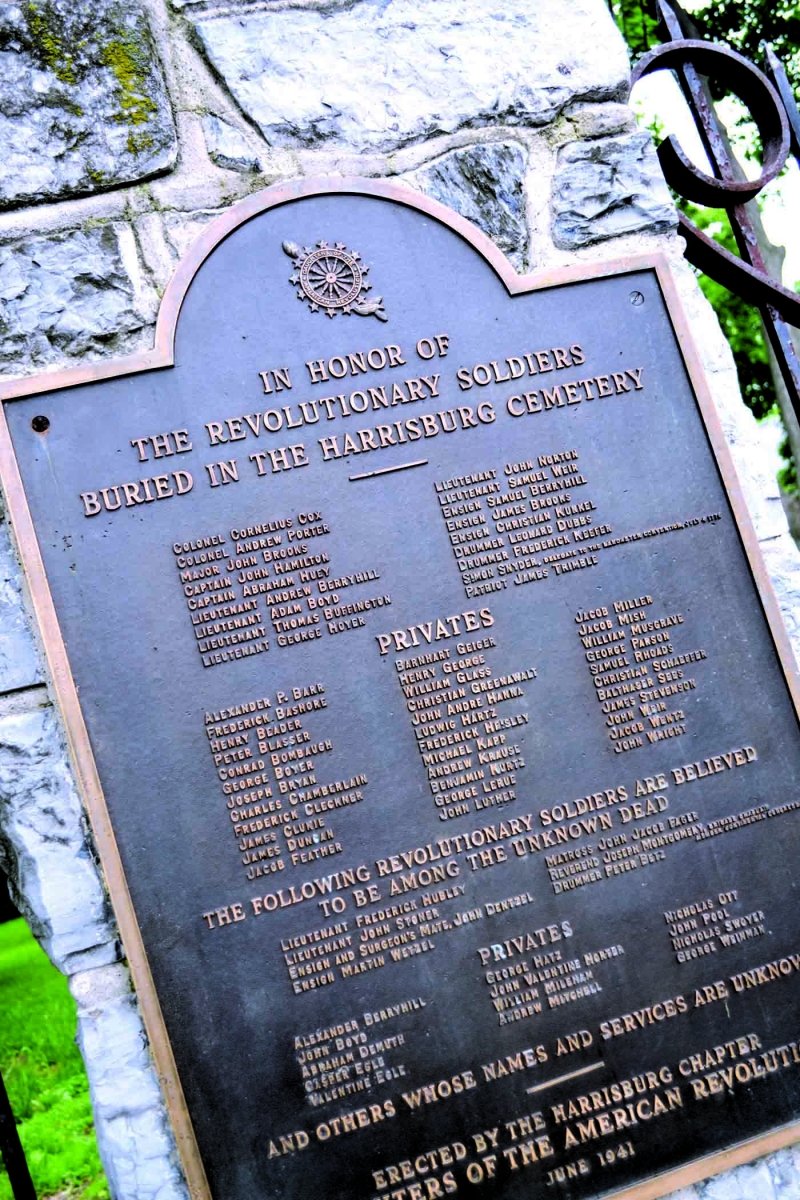 In the early 1840s, the leaders of Pennsylvania’s capital city began planning for a large, public cemetery on the outskirts of the town as many of the smaller church and family cemeteries began to run out of space.  To achieve that goal, the Harrisburg Cemetery Association was created in February of 1845.  It was tasked with finding a suitable location for the city’s cemetery and the ten-man committee chose a plot of land on a bluff that overlooked the city and purchased a 12-acre section from a farm owned by Henry Herr.  That bluff would later come to be known as Alison Hill.  In 1850, a cruciform Caretaker’s Cottage was built on the grounds designed in the Gothic Revival style by architect A.J. Downing.  The home still greets visitors to the cemetery.  Another prominent building on the grounds, just across the street from the Caretaker’s Cottage, is the Receiving Vault where those waiting to be interred were temporarily housed.

Over the years, the cemetery expanded, such as when the Association purchased seven additional acres from the Herr family in 1849, and the remains of many that had been interred in local churchyards or family plots were relocated to the larger cemetery.  That is how Revolutionary War veterans came to be buried in a cemetery founded in 1845.  Around the turn of the 20th century, the Association undertook a massive landscaping project at the cemetery with the goal of creating a more bucolic, wooded setting for visitors to enjoy.  They added walking paths and planted hundreds of shrubs and trees to include elm, ash, sugar and red maples, and pin, red, and white oaks, many of which still provide shade for visitors to this day.

The Harrisburg Cemetery has come to be the final resting place for paupers and propertied alike. All who have had been interred within or below some of the finest funerary art in the state, to include obelisks that mark the numerous communal graves of the poor within the cemetery.  Those buried here include former governors (William Findlay, John Geary, David Porter, & George Wolf), U.S. senators (James Cameron) and representatives (John Hanna, John Bucher), presidential cabinet members (Simon Cameron), artists (George Barnard), ambassadors (Vance McCormick), mayors and veterans from every major U.S. war, to include over 150 Civil War vets from both the Union and Confederacy who died in Harrisburg hospitals after the Battle of Gettysburg.